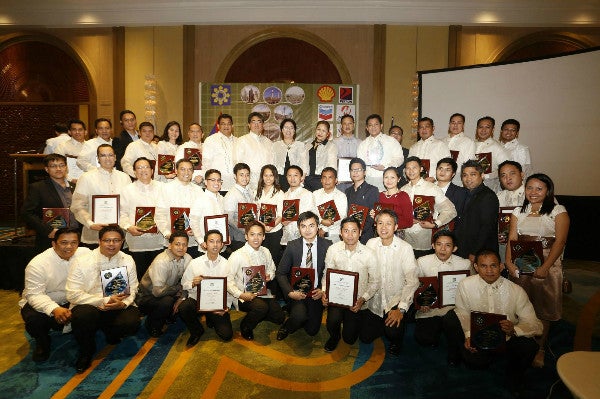 MANILA, Philippines — For its remarkable contribution to the government’s energy efficiency and conservation programs, SM dominated the prestigious Don Emilio Abello Energy Efficiency Awards for 2014, getting a total of forty eight awards, the most number given to a company by the award-giving body.

SM malls, a department store and two office buildings were conferred 48 energy efficiency awards, including a Hall of Fame award, out of the 147 given during the awarding ceremonies held at the Dusit Thani Hotel in Makati recently.

SM Clark received the Hall of Fame Award for being a recipient of three outstanding awards for three years (2009, 2010 and 2014).

The Don Emilio Abello Efficiency Awards is spearheaded by the Department of Energy in recognition to outstanding companies and energy managers who have undertaken energy efficiency and conservation programs to achieve substantial savings in their energy consumption.

Aside from SM Clark, other recipients of the Outstanding Award were the SM City malls in Batangas, Bacolod, Bacoor, Cebu, Consolacion, Fairview, Iloilo, Lipa, Lucena, Manila, and The Podium; SM Quiapo; office buildings SM Cyber Makati 1 and One E-Com Center. Citation Awards were given to SM Centers in Las Pinas, Muntinlupa and Valenzuela and SM City Sta. Rosa while Special Awards were given to SM City malls in Bicutan, Calamba, Marikina, Marilao, Megamall, Novaliches, Pampanga, Rosales, San Lazaro and Sta. Mesa; and the SM Center in Pasig.

For being the only Philippine company to receive an award at the 2014 ASEAN Best Practice for Energy Management in Buildings and Industries, SM City Davao was given an Award of Recognition. SM City Davao won 2nd runner up in the Large Buildings Category at the ASEAN energy awards.

SM City Naga was also given an award of recognition for its entry for the Energy Efficiency and Conservation Best Practices Competition in the new and existing buildings category.

SM Engineering team Vice President for EDD Operations, Teodoro S. Bautista said that no less than SM Prime President, Mr. Hans Sy, gave a marching order to engineering way back in 1998 to look for systems and technologies that would reduce the electrical consumption of the malls and at the same time optimize the operation of its machines and equipment.  Mr. Sy has already foresighted as early as that time the rising cost of electricity.  Engr. Bautista said because of the energy efficiency programs they have implemented in the malls, they have saved P320.28 million in electricity costs between the periods of July 2013 to June 2014 alone, which was the basis of the 2014 awards.
This translates to 31,616, 923 kWh in saved energy. This saved energy can power for one year 3,609 – 1kW households of 50sqm size or 360,924 – 10W light bulbs or 120,308 – 30W electric fans or 515,605 – 7W cellphone chargers. Continuous efficiency in energy consumption may help reduce the impending power shortage, Bautista stressed.

“We have been continuously making energy efficiency and conservation one of our top priorities as envisioned by Mr. Sy. This is our way of not just making our operations sustainable but in order to contribute to the mitigation of climate change and the power shortage,” Bautista said. advt