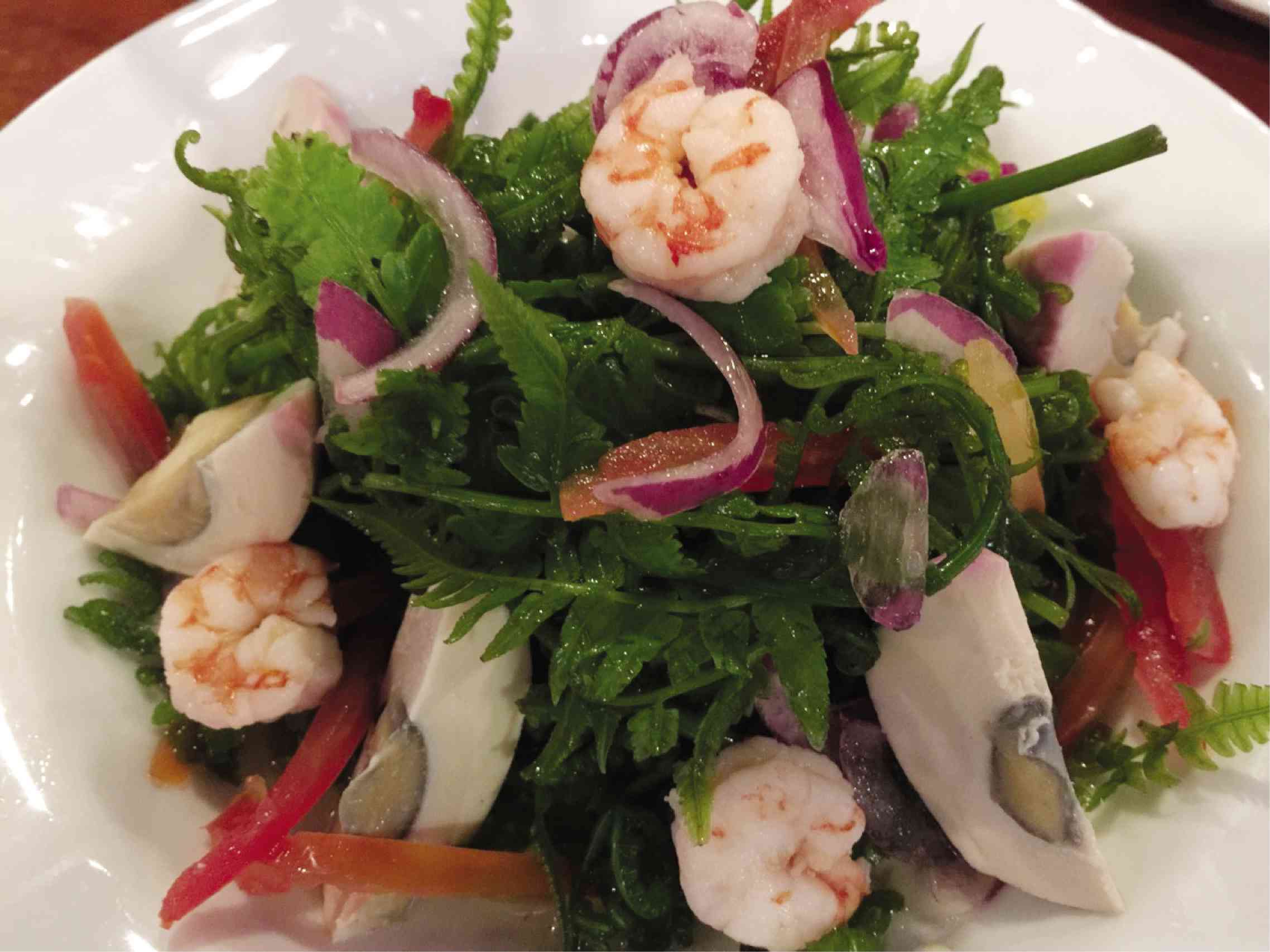 It’s Balikbayan season, which means, aside from an influx of See’s chocolate, squeaky white trainers and giant plastic tubs of cheese balls, the long-haul-weary Pinoys who have stepped off trans-Pacific or transcontinental flights are in search of a taste of home.

Not adobo, because, as any expatriate will tell you, it’s the first thing one learns to make abroad when feeling homesick. You can find vinegar, soy sauce, garlic and bay leaves anywhere in the world, though probably no other nationality has thought of mixing it all. But when it wafts out of a flat in the courtyard of a Parisian apartment, it’s like hoisting a flag from the window: a Filipino lives here.

So the time of year when I eat the most Filipino food is around now. By which I don’t mean the rarified, abstracted, deconstructed set pieces that earn my admiration most of the year, but hearty, big, groaning feasts that are the opposite of the loneliness of adobo for one, that smuggled bottle of tuyo in oil, or spam and eggs with sriracha.

When friends come in from the cold and gather a group of friends to catch up, it’s quite a specific requirement: the feast has to be authentic and exciting, as well as familiar. But it should be interesting for the people from home as well, so not just home cooking but something a notch or two above.

There was a time Café Juanita would have been the default, and to those who live near the area it’s still the go-to restaurant for reunions of this sort, although the last time I went, the size of one order of kare-kare was—like the value of the Philippine peso—not what it used to be in the good old days.

Further north is Victorino’s, which, despite the continuing debate about its authenticity as a true Ilocano restaurant, is still a reliable place for large gatherings. All the way to the west this time, within firing range of the American embassy’s marine snipers, is the ever-reliable Harbor View restaurant, with the sea breeze to soothe the season’s maladies and to aid the digestion.

Unfortunately, though, this time of year is also when the city goes into gridlock, and getting from one part of the city to another takes a few hours. In Man vs Edsa, the road wins every time.

The saving grace is that one is never too far away from an LJC restaurant, and everyone seems to like Larry J. Cruz’s restaurants, foreigners, balikbayans and locals alike.

The other day I found myself at Lorenzo’s Way, at Bonifacio High Street, and was surprised at the number of things on the menu I thought were interesting.

The other night I dragged my family to Fely J’s, the only one in the chain of restaurants, that include Abe and Café Adriatico, that I hadn’t tried.

We made a genuine attempt to be virtuous. The road to gastric hell is paved with good intentions, but really, we thought we ordered a healthy, pescatarian meal. I even got myself a

We had a salad of pako ferns, lumpia ubod, a fried tilapia and a crab. All went well with the appetizers, which were cold and crunchy and refreshing, and perfectly seasoned.

The tilapia was huge, but safe. It was the crab that was so packed with thick orange goo that we had to wonder if they had taken roe from other crabs and jammed it into this one, the way that Via Mare’s “oyster” consists of several small ones on a single shell, if you look closely.

It was only after a few bites through my portion of the voluptuous roe that I found it contained the creamy male roe as well (technically, the crab version of sperm, though one tries not to think about that), and in one bite I had a generous lump of the bright orange roe and the creamy, greenish-gray male roe bursting out inside, and their union was a blissful one; perhaps a bit too much so.

According to eyewitness accounts I turned bright red for about 15 minutes, rather like a crab, from the tips of my ears all the way down to my neck, although I felt nothing out of the ordinary and would have gone on to eat more of it if my wife hadn’t intervened. I washed it down with more cucumber juice and ordered a Claude’s Dream for dessert.

Apart from my changing hue for about a quarter of an hour, I thought that the meal was what I’d want if I had been stranded in a land of meat and potatoes, or hummus and kofta, for any length of time.

And, sure enough, the place was full of balikbayans, some with a foreign boyfriend or girlfriend in tow, who were looking suitably bewildered at the amount of food on the tables.

If this was their first taste of Filipino food, it’s not a bad one as tips of icebergs go. This is the broad middle, the most uncontrived yet vital part of the spectrum of Filipino cuisine, with the movement in search of authenticity and heritage on one end, and creativity and transformation on the other.