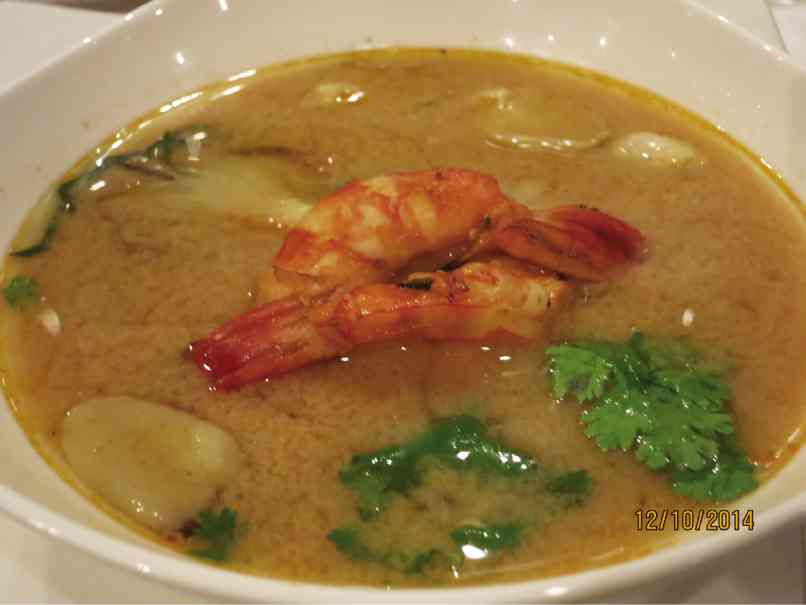 The weeks leading to Christmas have been a whirlwind of activities, with products and places being launched in various parts of the city.

Last September, for instance, Conti’s Bakeshop and Restaurant opened its 12th store. Located in Blue Bay Walk, Metro Park, Pasay City, this branch of Conti’s has a full restaurant menu in its 330-square meter space that can seat up to 78 guests. Aside from its indoor and al fresco dining, as well as takeout and delivery services, it also caters to small corporate meetings and events. Its function room can accommodate up to 14 guests.

For residents and workers in the nearby areas, this branch of Conti’s is a welcome addition to the burgeoning park developed by Federal Land. Now they don’t have to drive far to enjoy some of Conti’s specialties, such as the baked salmon served with green peas and corn and the angel hair putanesca.

While Conti’s is known for its tall, elegant mango bravo, with its layers of thick, whipped frosting drizzled with chocolate, and the nuts and mango cubes folded into thin, crunchy wafers, it has other cakes worth trying.

My latest favorite is the almond choco sans rival, a mélange of creamy chocolate buttercream and layers of meringue, crowned with a generous topping of nuts.

Another restaurant that was recently launched, albeit rather early, is Marriott Hotel’s signature Chinese restaurant Man Ho, which will open in 2016. During the launch, executive chef Law Wui Wing prepared steamed live pink garoupa fish, marinated pigeon with soya sauce, and pan fried beef short ribs in black pepper sauce, among other specialties.

All these were served before the curtains opened for a fashion extravaganza presented by designer Frederick Peralta, who was celebrating his 30th year in the industry.

And then there’s Hotel InterContinental, which recently announced the formation of its Culinary Panel of five celebrated chefs. All winners of major awards, the chefs have been appointed IHG Culinary Ambassadors.

With each chef specializing in a particular cuisine, the new dishes will certainly be diverse, as we found out during a luncheon presentation at Prince Albert Rotisserie.

For Italian cuisine, we had chef Theo Randall’s appetizer of paper thin slices of beef carpaccio crowned with arugula leaves, translucent triangles of Parmesan cheese and a sprinkling of pine nuts.

Chinese cuisine was well represented in the creation of chef Sam Leong. His tempura was a creative play of crabmeat interspersed with beads of lychees, folded into crisp tempura batter.

On the other hand, Chef Ian Kittichai’s Tom Yum Kung brought back delicious memories of dining in Thailand. His version of this well-loved Thai soup was both classic and innovative. The tiger prawns and oyster mushrooms were grilled to a smoky flavor before being incorporated in a heady broth fragrant with the aroma of lemongrass and kaffir lime leaves.

A main course of grilled Australian black Wagyu loin was one of the contributions of chef Ross Lusted. His contemporary interpretation of steak was embellished with spinach butter, a cube of bone marrow, roasted beets and heirloom carrots, and a piece of dried morel, all served with a pool of sticky veal sauce.

For dessert, the pastry crew of InterCon Manila prepared chef Dean Bretschneider’s creation of raspberry meringue pie, a curd of fresh raspberries enclosed in a pastry shell, topped with a fluffy meringue frosting and a sliver of gold chocolate, served with mint Chantilly cream.

If all these recent launchings are any indication, then we can all look forward to a number of new delicious choices this coming year.

Here’s chef Ian Kittichai’s recipe for Tom Yum Kung, which readers may want to try in their own kitchen.

Grilled tiger prawns and oyster mushrooms in a kaffir-lemongrass broth

3 tbsp lime juice or to taste

Preheat a grill pan to medium high heat. Peel the prawns but leave the shells on towards the tail part. Grill the prawns and the mushrooms on the preheated grill pan until slightly charred. Set aside and keep warm.

In a medium saucepan, bring the chicken stock or broth to a boil over medium heat. Pound the lemongrass stalks to release their flavor and aroma then add them to the broth, together with the kaffir lime leaves, ginger or galangal, and the chilies. Bring to a simmer.

Stir in the roasted chili jam, then the fish sauce, milk and sugar. Turn off the heat then season with lime juice.

To serve: Arrange two mushrooms in each of two soup bowls. Pour in the soup, dividing equally. Top with the grilled prawns. Garnish with kaffir lime leaves and wansoy leaves.

You can find kaffir lime leaves in weekend outdoor markets and in the chilled vegetable section of some supermarkets.

If you can’t find roasted chili jam, use chili paste instead.

A substitute for the lime juice is the juice of calamansi or dayap.