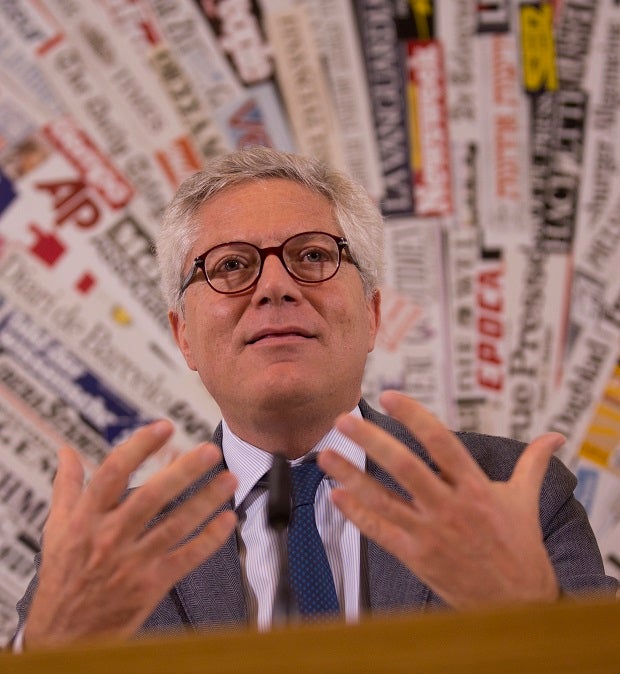 In this Dec. 11, 2014 photo, made available Monday, Dec. 22, 2014, Italy's antitrust authority Chairman Giovanni Pitruzzella gestures during a press conference at the Foreign Press Association in Rome. The antitrust authority has fined Monday travel planning website TripAdvisor 500,000 euros (more than $600,000) based on complaints of improper business practices lodged by a national hoteliers' association and a consumer protection agency. AP

ROME, Italy – Italy’s competition watchdog slapped TripAdvisor with a 500,000 euros ($613,000) fine on Monday for failing to warn users some of the opinions posted on the popular review website may be fakes.

TripAdvisor adverts emphasize “the authentic and genuine nature of the reviews, persuading consumers to believe the information is always reliable and reflects real tourist experiences,” the AGCM said in a statement.

The watchdog unearthed a “practice of spreading misleading information about the sources of the reviews” – a practice it said it had now banned.

The AGCM had launched an investigation into the company after it received complaints from both consumers and hotel and restaurant owners, saying the review system was unfair and unclear because fraudulent reviewers were not flagged.

The company has 30 days to pay the fine and 90 days to explain to the AGCM how it plans to ensure in the future that user choices are not based on information “which does not correspond with reality.”