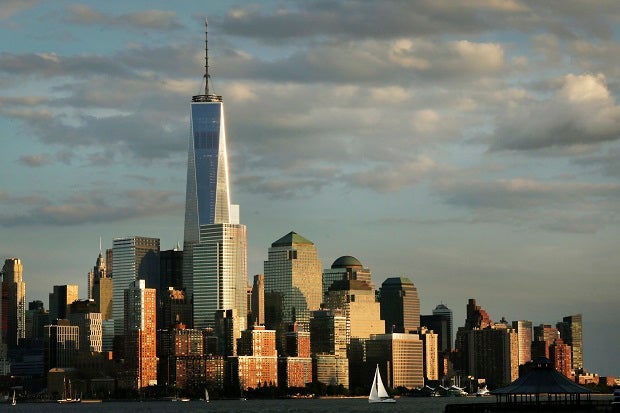 In this Sunday, Sept. 7, 2014 photo, 1 World Trade Center towers above the lower Manhattan skyline in New York. The One World Trade observatory is expected to open in late spring 2015. AP

NEW YORK – See Cuba before it changes. Check out the Expo in Milan. And if you’re heading to New York City to see the view from 1 World Trade Center’s observatory (scheduled to open late spring), take the subway to Queens and see if you can figure out why it topped Lonely Planet’s “best in the U.S.” destinations for 2015.

Several major anniversaries will also be marked by a variety of events in 2015, including 70 years since the end of World War II, the 60th anniversary of the opening of Disneyland and 10 years since Hurricane Katrina hit New Orleans.

EUROPE
The Milan Expo opens in May for six months and is expected to draw 20 million visitors. The Expo is the modern incarnation of the old World’s Fairs that thrilled 19th- and 20th-century guests with new products and technology. The theme of the Milan Expo is food and nutrition, and dozens of countries will be participating. The U.S. will be doing its part by sending six authentic food trucks to Italy featuring regional American and ethnic fusion menus. Milan’s famous opera house, La Scala, normally closed in the summer, will host performances daily during the Expo.

Elsewhere in Europe: Jan. 1 marks the day Lithuania officially adopts the euro as its currency. Pilsen, in the Czech Republic — home to pilsner-style beer and a Gothic cathedral — and Mons, Belgium, known for history ranging from World War I back to the ancient Romans, have been named 2015 European Capitals of Culture. And Norway made a number of “where to go in 2015” lists, thanks to its connection to Disney’s blockbuster “Frozen” film.

A number of U.S. museums and historic sites will be hosting exhibits and events to mark 150 years since the assassination of Abraham Lincoln and the end of the Civil War.

The new year also marks 70 years since the end of World War II, both the defeat of Nazi Germany and the atomic bombing of Japan that ended the war in Asia. Hiroshima and Nagasaki are planning memorial services on the August anniversaries of the bombings, along with numerous arts projects and peace-themed events throughout the year.

In New Orleans, Aug. 29 is 10 years since the devastation of Hurricane Katrina. “Come see the new New Orleans” is a mantra in the tourist industry there for showcasing trendy emerging neighborhoods and a vibrant restaurant scene.

The news that the U.S. intends to normalize relations with Cuba could lead to a rush of travelers hoping to experience the island before it loses its frozen-in-time culture to an onslaught of U.S. chain stores, hotels and tourists. But don’t pack your bags just yet: For the near future, the only way you can legally visit Cuba as an American citizen is to take a “people to people” cultural exchange tour licensed by the U.S. government. The tours are expensive and itineraries are limited.

Two big openings take place in the Big Apple in 2015: the observatory at 1 World Trade in late spring and the new Whitney Museum of American Art in May in Manhattan’s Meatpacking District near the High Line and the Hudson River.

The city also got a Christmas gift from Lonely Planet, which named the borough of Queens as “best in the U.S.” destination. Manhattan has been giving ground to trendy Brooklyn in recent years, but the elevation of Queens as the next big thing was a bit of a surprise. Not that New Yorkers and tourists alike don’t love Queens attractions like the 1964 World’s Fair grounds, the hipster beach scene in the Rockaways, Chinatown in Flushing, the Asian and Latin American ethnic mix in Jackson Heights and the emerging industrial-chic ambience of Long Island City.
But the borough is not quite on tourist radars yet — though the Lonely Planet pronouncement may change that.

Disneyland opens “Frozen Fun” in January in Anaheim, California, with a sing-along, “Olaf’s Snow Fest,” and meet-and-greets with Anna and Elsa, among other attractions. The California theme park also celebrates its 60th anniversary this year, with celebration details to be revealed at the end of January. Disney World near Orlando, Florida, has several 2015 openings, including a new Italian restaurant, Trattoria al Forno; an Africa Marketplace at Disney’s Animal Kingdom; and at the new Disney Springs complex, three restaurants, STK, Morimoto Asia and The Boathouse.