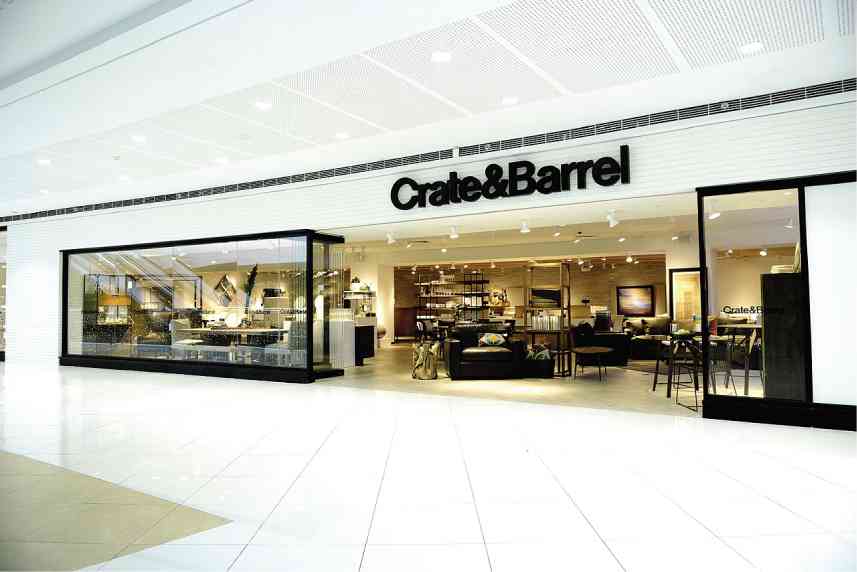 They celebrated not only the opening of the iconic brand but also its partnership with the SM Retail Group.

Crate & Barrel USA head of international visual merchandising April Young flew in for the opening, with director of construction John Moebes and other members of the team.

“We are happy to announce that the first Crate & Barrel store in Manila is now open at the SM Mega Fashion Hall,” says Crate & Barrel interim CEO Adrian Mitchell.

“In collaboration with our esteemed franchise partner, the SM Retail Group, we are bringing in the best of Crate & Barrel and creating an exciting new retail synergy in Manila,” he added.

Crate & Barrel was founded in 1962 as a family business by Gordon and Carole Segal in Chicago, Illinois. The couple was inspired by the simple, well-designed, affordable products they had purchased on their honeymoon in Europe.

The Segals decided to open a home furnishings store, calling it Crate & Barrel, after the shipping crates and barrels which contained their inventory and which they used as their first store fixtures.

Working with European ateliers and factories whose products they import, Crate and Barrel was among the first retailers to make modern tabletop and kitchenware affordable to American consumers.

Owned by the Otto Group of Hamburg, Germany, since 1998, the company operates stores in North America, international franchise locations in Dubai, Singapore and Mexico.

More Crate & Barrel stores are expected to open in Manila in 2015.