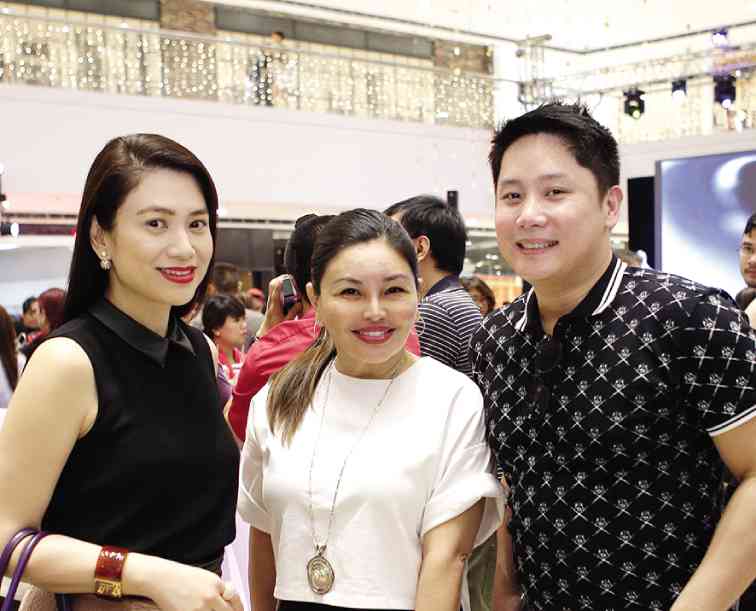 Folded & Hung—awarded by the Walt Disney Company as Licensee of the Year for its collaborations with established designers and pop culture icons—has released its new collection, Star Wars X Folded & Hung, which is a collaboration with a foreign franchise owned and managed by Walt Disney International.

At the new SM Mega Fashion Hall in Megamall, the new collection was launched in a fashion show that took on the intergalactic theme. Designed for both women and men, the collection highlighted iconic “Star Wars” characters in very stylish prints and cuts.

Après the show, orders for Star Wars X Folded & Hung came quicker than you could bat an eyelash.

Dockers Philippines goes fast-forward by presenting its Get Ready Spring-Summer 2015 collection, a line of quality clothes with an eye on supreme comfort, fit and maintenance, dahlings. They’re perfect for travel, the outdoors and any summer agenda.

The collection is all about keeping it simple, polished and effortless. Such is the brand’s vision for the Spring-Summer collection—with each item carefully considered for a sophisticated but not overdressed look, said Chua.

Talking with the Dockers executives and Insight public relations firm, I recalled that in the US, the Ivy League look became a big fashion trend, with basic khaki trousers and white polo-shirts. And to this day, palangga, Dockers and khakis have been part of my wardrobe.

Dockers has been perfecting khakis all these years. No compromising quality, just versatile, essential style, dahlings.

The producers of the touring international production of “Chicago” the musical held a one-of-a-kind preshow cocktails.

Executives, staff and cast of the production came dressed in roaring ’20s attire—flapper dresses for the women and dapper suits for the men.

All smiles were James Cundall of Lunchbox Theatrical Productions, Bambi Rivera-Verzo of Concertus Manila and Robert Sewell of Ticketworld.

Audie Gemora, entertainment director for Solaire Theatre, was ecstatic to finally open the theater to the public.

The gala premiere of “Chicago” marked the grand opening of the country’s newest theatrical luxury hotspot, The Theater at Solaire. The gleaming 1,760-seat theater has been especially constructed to house big Broadway and West End shows, in recognition of the Filipino appetite for musical theater, and firmly placing Manila on the international touring circuit.

Needless to say, the show was awesome.