Unapologetically big yet accessible–David Coulthard and his watch | Inquirer Lifestyle 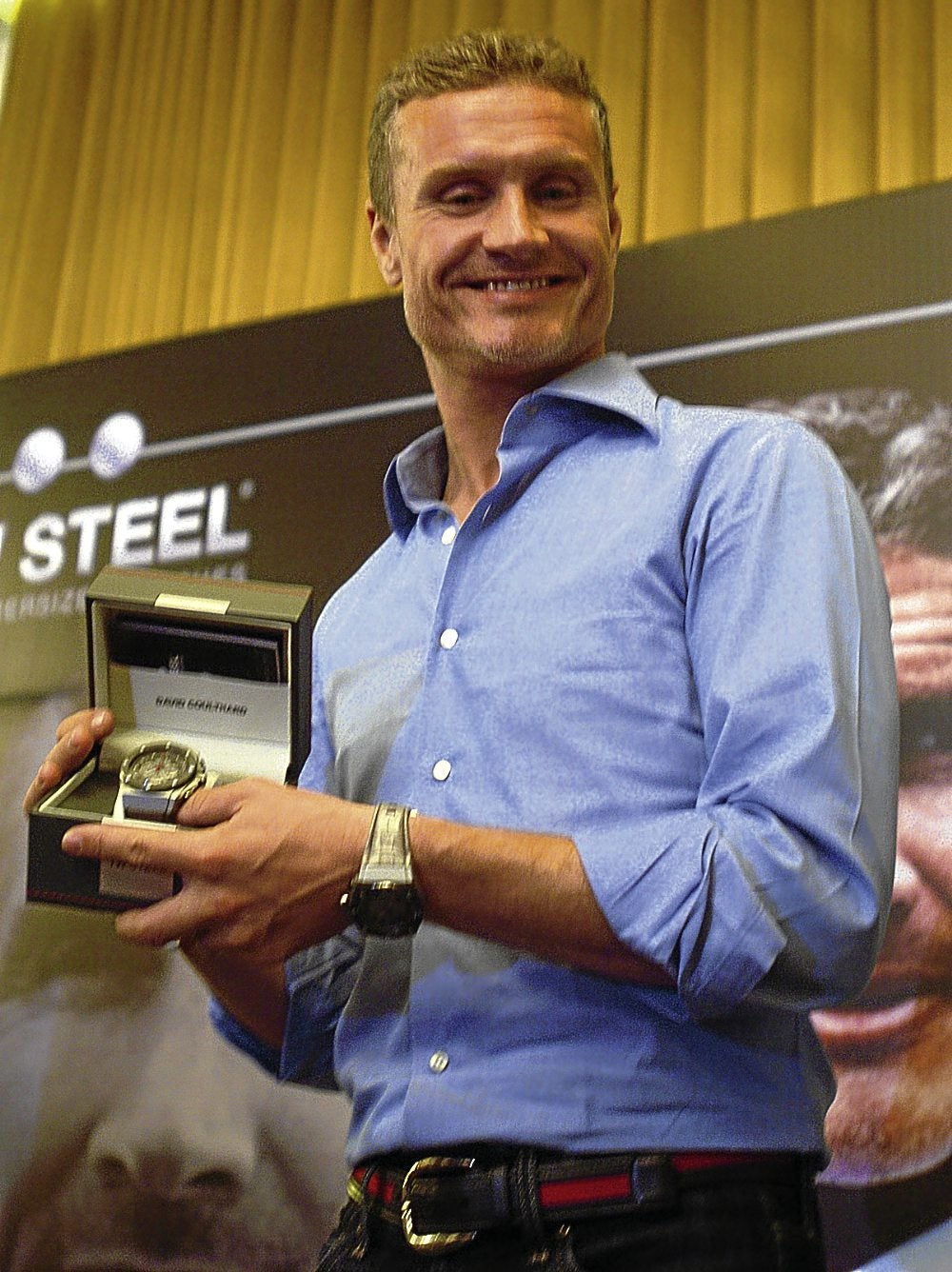 Unapologetically big yet accessible–David Coulthard and his watch 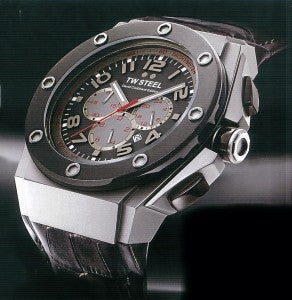 Coulthard, who signed up for the job in May, was here to unveil the special-edition TW Steel watch named after him. He launched it a few months ago in Monaco, where he now lives. The watch, which comes in two variants, doubles as the introductory model for the brand’s elite CEO Tech Collection.

It features a steel sandblasted case, while the dark titanium-plated bezel has also been sandblasted. The gray dial features Coulthard’s name and is set off by bold red numbering on the chronograph.

On top of the TW Steel’s trademark oversized design, the watch also has a sapphire crystal and comes with an elegant Italian leather strap in gray, not black. That would have been too common.

“Yes, I provided some inputs in terms of colors and things like that,” said Coulthard. “But I didn’t have anything to do with the engineering side of what makes a watch. I’m not an engineer.”

After doing media interviews over lunch at the Marriott Hotel, he later met and greeted fans and watch enthusiasts at the TW Steel Boutique at The Podium. He also graced the evening opening of Le Temps, a high-end multi-brand watch store at Resorts World Manila.

The TW Steel boutique is the first of its kind in the Philippines and in the world, as the young, 6-year-old Dutch watch brand continues to establish its global presence. TW Steel is carried by close to 4,000 multi-brand retail outlets in over 80 countries the world over.

People behind TW Steel have recognized Asia’s importance early in their bid to grow beyond Europe. Hong Kong remains the leading watch market in the world. Its influence over the rest of the region, said Stuart Morrison, company spokesperson and head of PR, is crucial.

“Asia is going to be a key market,” he said. “And we’ve been fortunate enough in the Philippines to find a fantastic partner. It was only logical for us to open our first TW Steel boutique here because this is where we were first established in Asia back in 2008. Last year’s opening in Manila of our first boutique in the world speaks volumes of our commitment in the region.”

The warm reception Coulthard received earlier from everyone, including people from Lucerne Group of Companies, led by managing directors Ivan and Emerson Yao, exclusive Philippine distributors of TW Steel, couldn’t, however, temper his disappointment at the weather.

The Scot, who arrived at the crack of dawn from Singapore with his wife, had nothing but praises for Filipinos, from polite airport personnel to enthusiastic lifestyle journalists. But 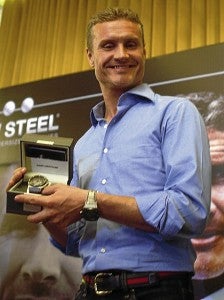 “I’m a little disappointed to open the curtains this morning and see something that I grew up with in Scotland—the rains,” said the first-time visitor to the Philippines. “I was hoping to see sunshine, [but] I was told it’s your rainy season right now and that you have beautiful weather all the time.”

He and his wife stayed at the Marriott Hotel at Newport City for a little over 24 hours. The next day, he was off to Europe to prepare for his return to the racing circuit in Germany.

Coulthard was supposed to go on holiday in the Philippines years ago, but had to cancel at the last minute due to the demands of his job. He promised to come back and stay a bit longer for pleasure.

Despite retiring from Formula One, Coulthard has remained in the public eye as co-presenter of BBC’s F1 coverage. TW Steel offered him to become brand ambassador early this year. It was only a matter of time before a watch named after him was launched.

“I’ve always been aware of the brand, as the brand is quite known in the world of motorsports. Fortune, they say, favors the brave. I’m not all surprised at how the company has grown in such a short time,” he said.

The family-owned Dutch brand is known for its distinctive oversized timepieces, which use Swiss technology. It’s advertising tagline says it all: “Big in oversized watches.”

For TW Steel’s part, Morrison, who, like Coulthard, also hails from Scotland, attested to the racing icon’s influence and importance as its newest brand ambassador.

Prior to Coulthard, TW Steel has tapped such global racing champions as Dario Franchitti, Mick Doohan and Emerson Fittipaldi to endorse its products. Each also has TW Steel special edition watch named after him.

“From TW Steel’s perspective, what David brings to the brand is also global recognition,” said Morrison. “For 15 seasons, he drove for Formula One, one of the most watched sports in the world. He’s known everywhere you go. We want to be associated with brand ambassadors that are not only distinctive and very successful, but also someone who could really propel the brand.”

For a “fun, engaging” brand, added Morrison, TW Steel needs ambassadors who “could get that,” and Coulthard obviously has. Like the watch he represents, he’s unapologetically big yet friendly and accessible.