What to read and watch in 2015 | Inquirer Lifestyle ❮ ❯ 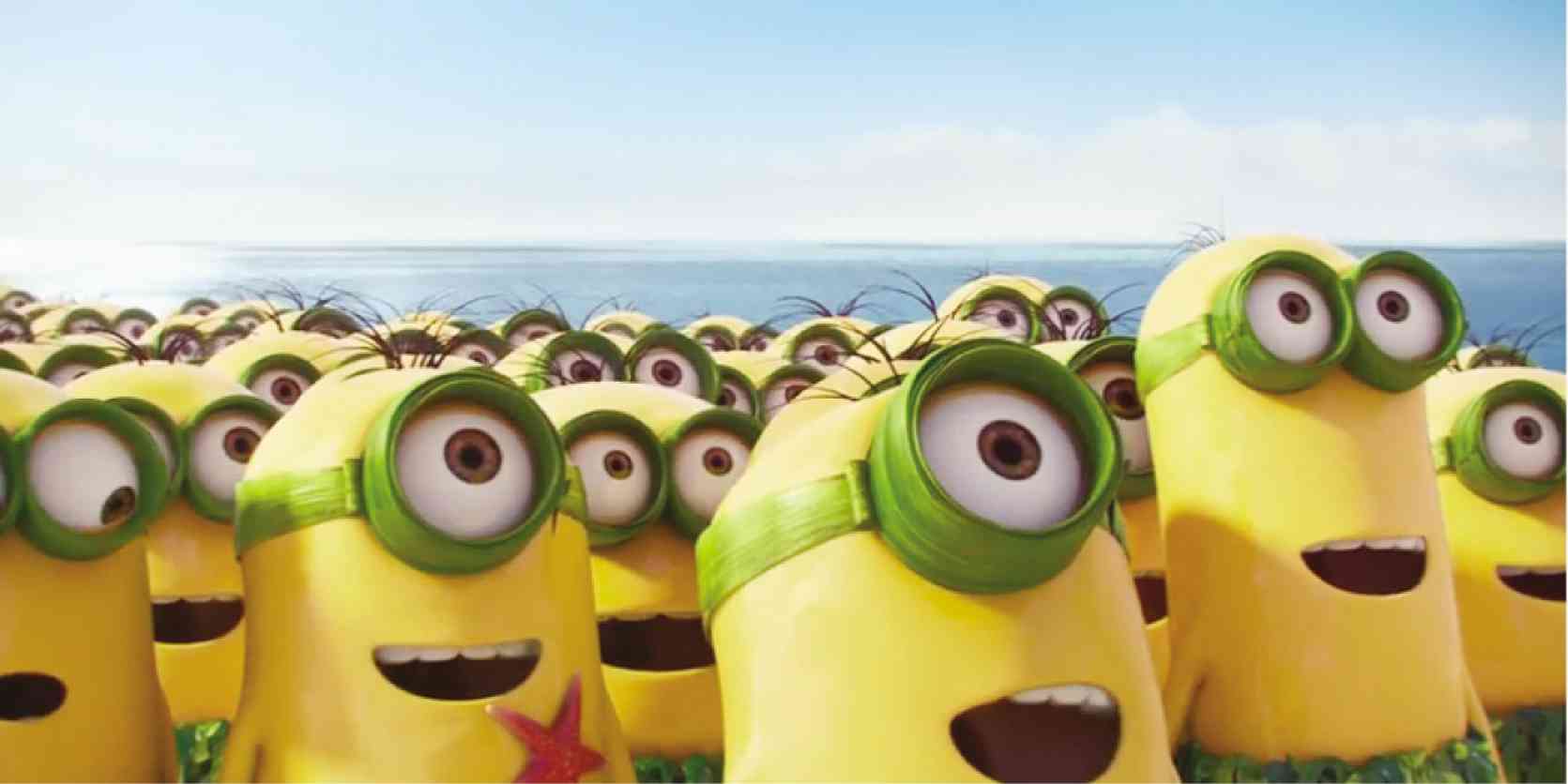 Gillian Flynn’s books are nail-biting page-turners, and “Gone Girl’s” successful box-office performance is proof that the books make great movies as well. “Dark Places” is the second book to jump to the big screen, while “Sharp Objects” gets its turn on TV.

Dauntless Tris’ adventures continue in “Insurgent,” where the mystery unravels and we find out more about the factions. 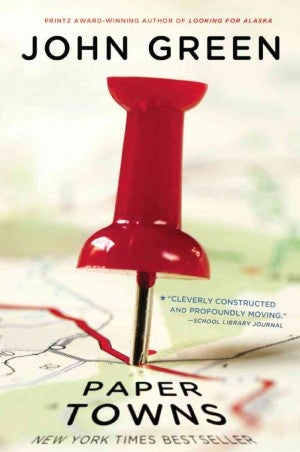 It’s a movie based on a book by John Green starring “It” girl Cara Delevingne—need we say more?

“Me Before You,” by Jojo Moyes

This tearjerker gets a fantasy-infused cast with Daenerys (Emilia Clarke) and Finnick Odair (Sam Claflin) as the leads.

“The Scorch Trials” (“The Maze Runner”), by James Dashner

You won’t have to wait long to return to the world of “The Maze Runner.”

The big-screen “Hunger Games” ends this year when the second part of “Mockingjay” comes out.

The monster classic gets a Harry Potter x Charles Xavier reimagining with Daniel Radcliffe as Igor and James McAvoy as Dr. Frankenstein.

“Room’s” premise was interesting, and with such a contained setting, we want to see how it will translate into the movie version.

“Pride and Prejudice and Zombies,” by Seth Grahame-Smith

Jane Austen’s period rom-com gets a flesh-eating twist on the big-screen in Seth Grahame-Smith’s zombie parody. And no, Mr. Darcy probably won’t still be dreamy as a zombie.

This Brad Pitt-produced film adaptation of disgraced New York Times journalist Michael Finkel will star Jonah Hill and James Franco (no, this is not a screwball comedy).

Author James Frey (“A Million Little Pieces,” “My Friend Leonard”) will be coming to Manila in January (www.nationalbookstore.com.ph).

Books to look forward to 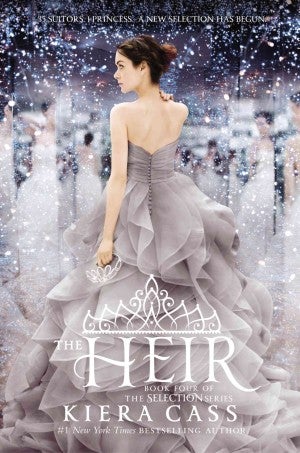 “The Heir,” by Kiera Cass

Kiera Cass’ “The Selection” series was such a huge hit that she has now moved on to “The Heir,” featuring America and Maxon’s daughter.

“The Winds of Winter,” by George R. R. Martin The sixth book of the highly anticipated “A Song of Ice and Fire” series will be released this year.

“The Sword of Summer” (Magnus Chase and the Gods of Asgard #1), Rick Riordan

Rick Riordan’s books about gods will get a heavy infusion of Norse mythology with his new trilogy beginning with “The Sword of Summer.” 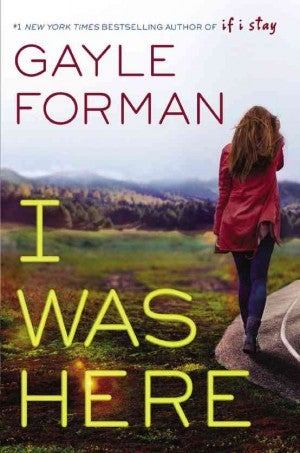 “I Was Here,” by Gayle Forman

The “If I Stay” author will release a new book this year (get your tissues ready).

“PS I Still Love You,” by Jenny Han

The long-awaited sequel to “To All The Boys I’ve Loved Before” comes out this year.

If you love “Buffy” and “Legally Blonde,” you’ll love Rachel Hawkins’ hilarious and action-packed Rebel Belle series. Read the first one before “Miss Mayhem” comes out.

The Duchannes saga continues with the “Dangerous Creatures” spin-off focused on Link and Ridley.

What makes Simon and Baz so darn special that got Cath so hooked on it? We’ll find out this year as Rowell finally writes “Carry On” at length. Maybe we’ll turn into legit Simon and Baz fangirls, too.

The author best known for her “Shopaholic” series writes her first novel for the YA audience.

“Hold Me Closer: The Tiny Cooper Story,” by David Levithan

Levithan’s “Will Grayson, Will Grayson” musical spin-off comes out in March.

It’s Neil Gaiman. You know you’re in for a great ride.

“You’re Never Weird on the Internet (Almost),” by Felicia Day

Everyone’s favorite girly gamer geek comes out with her quirky memoir this year. Now all we need is Nathan Fillion’s memoir and we’ll have ourselves a Dr. Horrible Sing-Along Blog book tour.

“Love May Fail,” by Matthew Quick

Daniel Handler aka Lemony Snicket (“Why We Broke Up”) will release his first novel for adults entitled “We Are Pirates.”

It’s the movie every “Star Wars” devotee has been waiting for. We can’t wait to see what new director J.J. Abrams will do with the galaxy far, far, away.

Ed Helms takes over Chevy Chase in the reboot of the high jinks-filled Griswold family vacation movie. This time around, Rusty Griswold (Helms) is the embarrassing dad dragging the family in the vacation no one wanted to do.

While there are plans to reboot an Affleck-less “Daredevil” for the big screen, the TV version, starring Charlie Cox, will air first.

The dinosaur world gets a new guardian in the form of Chris Pratt in this year’s version of the film.

The superhero gang is back with a bigger, more robotic bad guy. 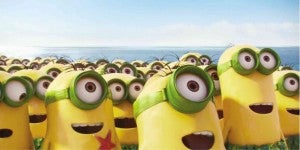 This seems to be Daenerys’ year to jump into the big screen. Emilia Clarke steps into Sarah Connor’s shoes and stars alongside Jason Clarke and Arnold Schwarzenegger in this new reboot.

This is Daniel Craig’s final James Bond film. Will the next Bond really be Idris Elba?

When will the bad guys learn never to take anything or anyone away from Liam Neeson? We’re glad they’re still at it, because Neeson on a righteous rampage is fun to watch.

Everyone’s favorite foul-mouthed bear will be back this year

Amy Poehler says that she and Tina Fey have to have at least one movie together a year, and we agree wholeheartedly.

Chris Hemsworth pursues a cyber criminal in this Michael Mann movie, very timely in light of the recent damaging hacking incident that happened to Sony.

Snoopy and the round-headed kid are back, along with the rest of the philosophical, baseball-loving gang.

Will Ferrell and Kevin Hart star in this jailhouse rock comedy.

Joseph Gordon-Levitt plays high-wire artist Philippe Petit in this movie about a daring stunt to cross the Twin Towers of the World Trade Center via high-wire in 1974.

Josh Gad (Olaf) stars in this comedy about a guy who rents a best man (Kevin Hart).

It’s a musical about fairy tales; plus you get to hear Anna Kendrick and Emily Blunt sing and see Meryl Streep as a witch.

We just hope the movie is much better than the book.

This hilarious Pixar film trains the spotlight on the little guys responsible for our moods.

“The Spongebob Movie: Sponge Out of Water”

See Spongebob and Patrick move on to a bigger pineapple, er, screen.

“Jem and the Holograms”

More reasons for ’80s kids to rejoice: The pink-haired holographic rock star is making a comeback, and on the big screen, to boot.

The live action version of the fairy tale comes marching into the big screen (with only one glass slipper) this March.

Ari Gold, Vincent Chase, and the rest of the “Entourage” cast as the long-promised film version of the HBO TV series finally premieres this year.

HBO’s dark, critically acclaimed police series gets a fresh cast of characters in its second season. Rachel McAdams, Colin Farrell and Vince Vaughn will star in the new storyline.