Despite influx of global brands, local labels ‘will not disappear so easily’ | Inquirer Lifestyle ❮ ❯ 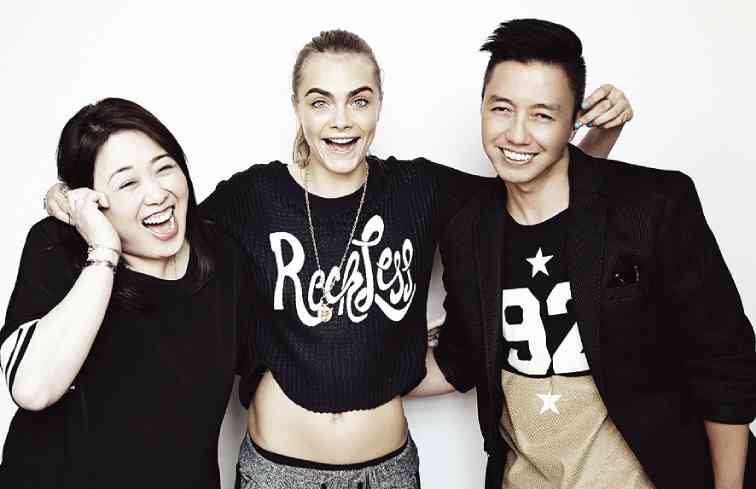 Despite influx of global brands, local labels ‘will not disappear so easily’

Filipino shoppers were spoiled for choice in 2014 as local retail went into hyperdrive, with the mushrooming of malls and the highly anticipated entry of global fashion brands, both from the high street and high luxury.

This left us wondering just where this influx would leave homegrown brands. Our local brands, though long familiar with and patronized by consumers, may not have the power and scale to compete with the product variety and price points of global giants like H&M and Uniqlo.

Then there’s the curiosity factor; everybody wants a piece of what’s new out there, and the relative affordability of such newcomers makes them even more enticing.

How each brand—including homegrown ones—fared at the till, however, was fully tested in the run-up to the holidays.

Local brand owners have been forthright—some more candid than others—about the impact of these global players on their respective bottom lines. Each has reported adopting its own strategy to hunker down from the deluge of new brands.

An executive of a major retailer, who spoke on condition of anonymity, said it’s a “wait and see thing” in his company, which owns and runs local and foreign brands, from mass to high-end.

“It’s too soon to compare,” he added. “I guess the advantage of the competition is that they get to open new stores so quickly.” He was obviously referring to H&M, the Swedish fast-fashion giant, which opened its first Philippine store in October and its fifth just five days before Christmas.

The executive, however, downplayed the threat of the Swedish brand’s presence, at least for the holiday season, choosing to admit their local brands felt “a more apparent” hit from the Japanese chain Uniqlo, which has more distribution points, and is present in practically every mall where the local brands also are.

Ronald Pineda, founder and CEO of Folded & Hung, chooses to see it differently.

“The competition brought in by the global brands in the country creates the opportunity for homegrown brands to secure and grow our market in the Philippines and even abroad even faster,” he said. “In fact, we have recorded increase in foot traffic and sales where these global brands are located.”

Pineda was less optimistic in early 2014, admitting it would be an uphill battle to maintain consumer loyalty. But at the recent launch of Folded & Hung’s collaboration with “Star Wars,” the CEO was a lot more upbeat. “This is it. We’re still in the game,” he said.

“The presence of global brands is such an exciting prospect for us,” Pineda continued. “Because they are capable of enormous information campaigns, they become sort of an education for all Filipinos on fashion and lifestyle… More people now are aware of trends and fashion.”

The major influx of international labels began as early as 2012, said Sabrina Uy, founder and creative director of kid’s wear line Gingersnaps and Just G, a clothing brand for teens.

Even as Gingersnaps has made headway in creating global presence, with boutiques across Southeast Asia and the Middle East, Uy said they already felt the pinch here as early as 2013.

But like other homegrown brand owners, the Uys stuck to their guns. “Though it was quite daunting at first, we just focused on what we do best: innovate,” she said.

“We had to ask ourselves whether or not our brand could stand the test of these global brands. Most of 2013 and 2014 saw us improving and innovating in whatever area we could. By the fourth quarter of 2014, all our hard work started to pay off, and we managed to meet our targets.”

“More than just marketing campaigns, it is about having the right merchandise and staying relevant to the market,” he said. “Penshoppe’s heritage, which spans 28 years in the Philippine market, has afforded us a loyal customer base that continues to believe that the Filipino talent and creativity can be truly at par with other leading global players.”

As for the newcomers, they are, as expected, enjoying customers’ curiosity. H&M Philippines has met its Stockholm headquarters’ expectations, said Dan Mejia, PR responsible for the Philippines.

“We broke the record for having the most number of people in line before the opening among all H&M openings in the world,” Mejia added.

“2014 was a good year for international retail brands in the Philippines as a whole, as we saw the entry of highly anticipated names into the country,” said SSI Group Inc. president Anton T. Huang, who led the successful execution of the company’s initial public offering (IPO) in November. “The overall economic environment resulted in healthy consumer spending throughout the year.”

Apart from the opening of the American apparel basics Old Navy, also opened the first boutiques of prestige labels Givenchy, Giuseppe Zanotti and Alexander McQueen, as well as the home store Pottery Barn and Pottery Barn Kids, and the iconic British toy store Hamleys at SSI’s own new mall, Central Square, which opened its doors in late 2014.

“Our share price has gone up 30 percent as of Dec. 22, evidence that even the investment community is optimistic about prospects in retail,” Huang said.

The proceeds from the IPO will finance the expansion of the group, which already has a vast network of brands.

The same executive who declined to be named said they’ve been seeing good store traffic toward the holidays for their flagship homegrown brand, owing to its affordable Christmas gift offerings: toiletries, towels, the like. Shoppers are “driven by demand,” so they continue to come, he said.

He admitted, though, that an American basics brand under their portfolio isn’t doing as well as its local counterpart at this period, “perhaps because the brand is not as entrenched in the consciousness of the Filipino consumer, not as much as our homegrown ones.”

As for their high-end labels, they’re doing okay, he added, “though it can always do better.”

That Filipinos now travel a lot is both good and bad for luxury brands here, he said, “as they can buy these abroad. On the other hand, they’re familiar with these labels so even if they don’t travel, they can get them here.”

Overall, the influx of foreign brands was good for shoppers, Bascon pointed out. It “made the retail industry more dynamic, and their presence challenged everyone to level up their game, making fashion retail in the country more exciting for the consumers.”

“As a whole, the local retail industry took quite a hit but we are confident that we Filipinos are gifted with talent, hard work and resourcefulness,” Uy said. “We will not disappear so easily from the retail scene. In fact, we will learn from these global brands and use this experience to improve.”

And since “quality and the style of products have now become a given,” Pineda said, “the new ball game now is price war.”