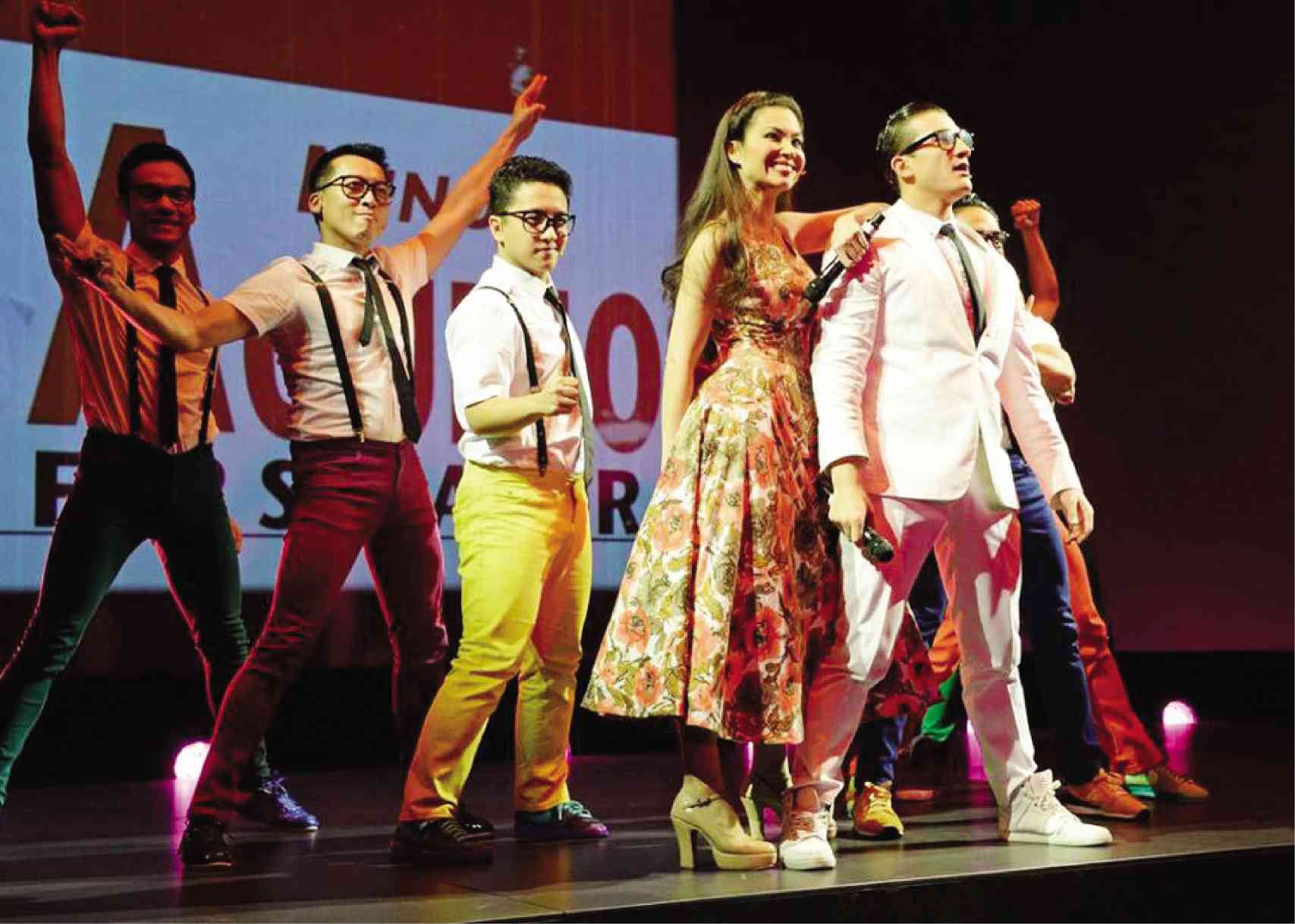 Actor-dancer Jim Ferrer, 25, got one step closer to fulfilling one of his fondest dreams—to perform for an international audience at the West End in London—when he made it through the auditions in Manila last July for the London production of David Byrne and Fatboy Slim’s musical on Imelda Marcos, “Here Lies Love.”

There were only three of them from Manila who made it to the final shortlist and were soon a plane bound for UK: pop star Mark Bautista, chosen to play the young Ferdinand Marcos, and another Filipino performer, Aaron Mercado, who had previously worked in Hong Kong Disneyland.

In London, they joined the rest of the 17-member cast, which also included three other actors of Filipino lineage: Gia Macuja Atchison, who was to portray Imelda’s nanny Estrella, Natalie Mendoza as Imelda, and Martin Sarreal as the disco DJ.

Getting there wasn’t easy, Ferrer recalls. The tryouts were grueling. Ferrer, who had appeared in the ensemble of a number of dance-heavy Manila productions such as “Orosman at Zafira” and “Maxie the Musicale,” had earlier joined the Manila auditions for the “Miss Saigon” 2014 revival, but failed to make it.

This time, over three days, he was asked to learn dance routines, sing and do a couple of monologues, then repeat the dances. On July 15, he got the e-mail saying he had passed and was being offered an ensemble role in the musical that had, by then, become one of the most anticipated shows to open in London, having previously garnered critical and commercial acclaim during its original run at the Public Theater in New York.

Rehearsals started immediately, with the cast and crew meeting each other and getting a tour of the theater. “I got starstruck when I learned that the artistic director of the National Theatre is Nicholas Hytner, the original ‘Miss Saigon’ director, and also the director of the dance film ‘Center Stage,’” Ferrer recalls.

For four weeks, Ferrer and his castmates were in the thick of rehearsals, costume fittings, etc. In late September, they transferred to the venue proper, the Dorfman Theatre, where the show did a two-week preview before it formally opened, to splashy reviews, on Oct. 14. 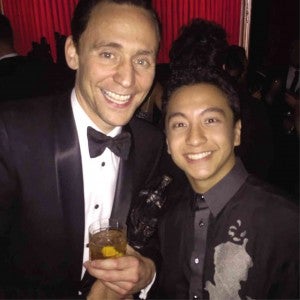 “A brilliantly drilled, genre-breaking” show, raved Quentin Letts of The Daily Mail. Vogue called it “A life-giving, roof-raising, booty-shaking blast of pure joy,” while Paul Taylor of the Independent said it was a “brilliantly immersive” production. Michael Billington of the Guardian, while noting that the story of Imelda and Ferdinand Marcos and their 20-year dictatorship is a “subject [that] craves more complex treatment,” also praised Natalie Mendoza’s “stunning performance as Imelda… well supported by Mark Bautista as her husband, Dean John-Wilson as the white-suited Aquino, and the best-looking ensemble I’ve seen in years.”

The show has had a soldout run, and is set to close on Jan. 8. Nearly six months on, Ferrer takes stock of the whirlwind journey he’s been through with a palpable sense of amazement and gratitude.

“It’s like, every night it hits the soft part in our hearts that this musical is unfolding in front of us. There are eight guys and nine girls in the cast, and we are six who are pure Filipino. The rest are mixed-Asian heritage. We Pinoys are really giving so much to this show because it’s a big responsibility for us to have a musical about the Philippines that’s mostly played by Filipinos. The incidents in it did happen in the Philippines and we still don’t see much improvement despite all the sacrifices many people have done over the years during and since the Marcos years.

“I think the cast and the show has been amazing,” he adds.

London’s theater cognoscenti agree. “Here Lies Love” has won the Beyond Theater Award at the 2014 London Evening Standard Theatre Awards, and was uniformly in the top of a slew of top-10 theater yearend lists by London newspapers.

And the 25-year-old cast member in it, who has found himself hobnobbing with the likes of Hytner, Cillian Murphy, Tom Hiddleston and other West End heavyweights, is eternally a beaming face in his Facebook posts these days—as if to say, here lies happiness.