The wedding of the year was a design success | Inquirer Lifestyle ❮ ❯ 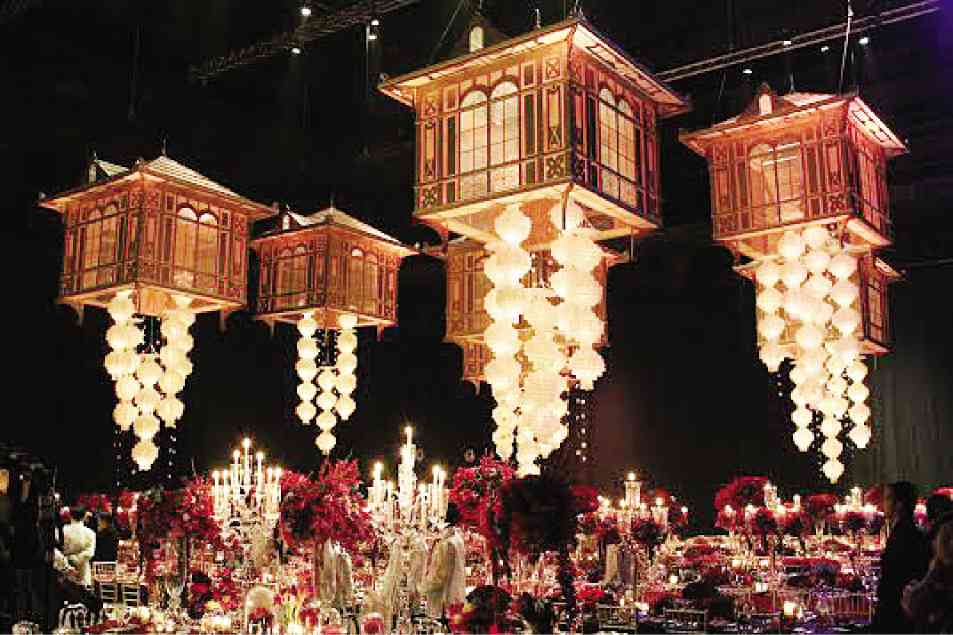 ILLUMINATED representations of the bahay-na-bato hang from the rafters and light up the main dining area.

The wedding of the year was a design success

The SM Mall of Asia Arena, venue of the December 30 wedding reception of actors Dingdong Dantes and Marian (Rivera) Gracia, can accommodate as many as 16,000 for basketball matches and concerts. The challenge for the wedding production team led by creative director Noel Manapat and production designer Gino Gonzales was to make this cavernous location look intimate and elegant—and dramatic.

It is a testament to the team’s design and styling prowess that the wedding reception was classy and yet young and fashionable especially when the bands and singers began their performances.

Preparing for the wedding

Preparations began months before, with the celebrity couple signing off on almost all aspects of the event. Everything, from the hedges at the entrance that served as backdrop and provided some privacy for the guests to the wall of images of their favorite things, special dates and places, had to be approved by the couple.

The theme—a blend of Filipino and Spanish touches—was apparent throughout the venue. From the ceiling hung illuminated representations of the bahay-na-bato. The entourage was dressed in fiery red evening wear.

“I liked the brilliant union of Spain and the Philippines at the reception. It was visually stunning and at the same time told the story of the couple,” said businessman Ben Chan who attended the event. Both Dantes and Rivera are endorsers of Bench.

Guests, all 1,200 of them, were dropped off at the lobby where they were greeted by an arch of fresh red roses. On either side of the red carpet leading to the entrance were low hedges lined with photographers that clicked away as each guest walked in. The scenario reminded some of the annual Met Gala in New York.

The theme was maintained inside, where a green hedge was festooned with red roses and pictures of the couple’s favorite things and significant dates. Topiaries of red roses in the receiving area added drama.

To create the garden, truckloads of roses and other flowers had to be ordered and secured before the actual date. Red and black butterflies could be found “resting” on petals, as if ready to take flight.

The towering multi-tiered cake provided by Goldilocks was originally supposed to taper off to a point, but design heads prevailed and the top two or three tiers were removed.

At the party, images of the couple were projected on the cake’s white and wide surface.

Gigi Uson, a close friend of the couple and one of Rivera’s bridesmaids, said she “saw the couple in every detail. Marian loves flowers and Dong’s taste is very fine and sophisticated—from the clothes, decor, cars to even how he envisioned his wedding.”

Uson added that butterflies are significant to the couple because “he first proposed to Marian in 2012 in a butterfly sanctuary in Macau.”

The plated dinner prepared by the team of restaurateur and chef Margarita Fores was served after a program that might have run a bit too long. By the time the roasted calf was served, a significant number of guests had already left. The younger guests were the ones who ended up singing along to and enjoying the bands that performed well into the night. 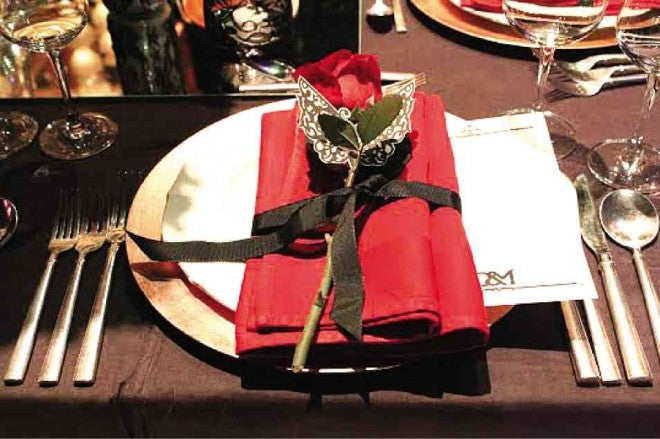 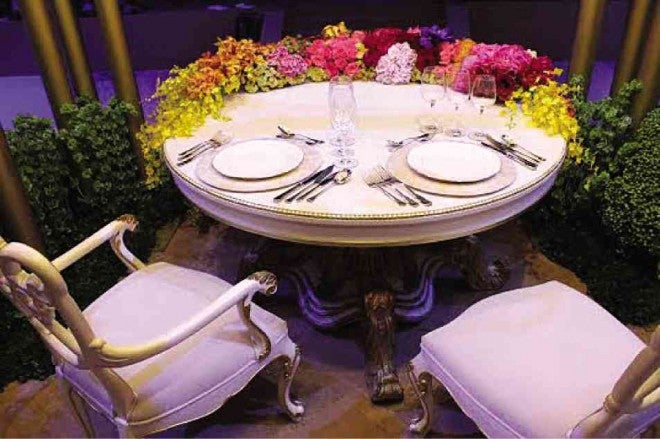