Liam Neeson on ‘Taken’ 3, what scares him, and what it means to be a man | Inquirer Lifestyle ❮ ❯ 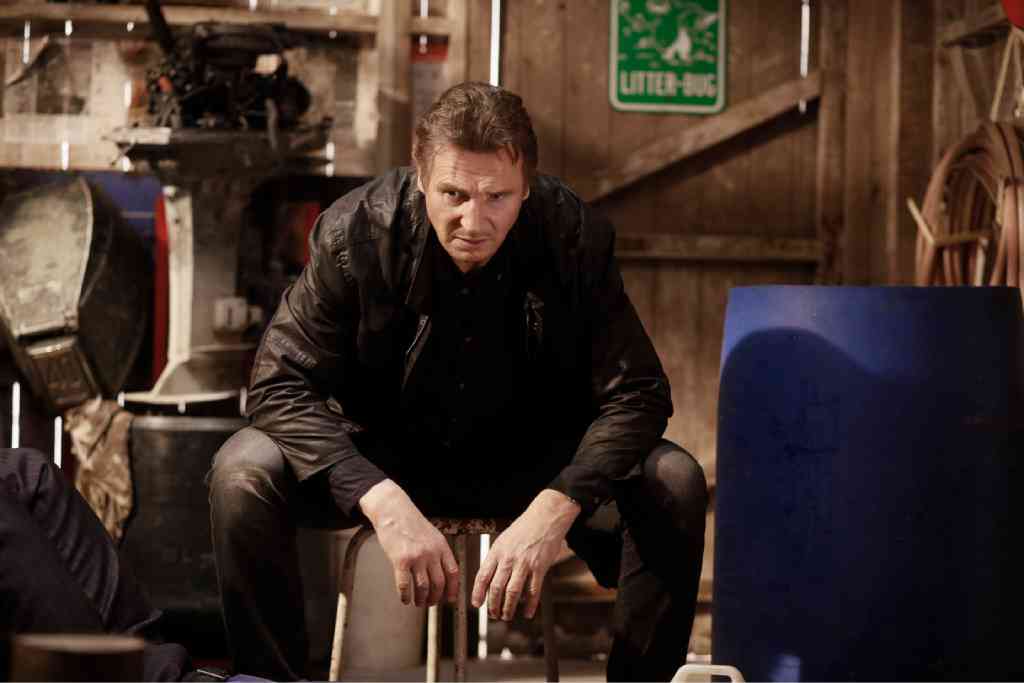 “THIS wasn’t set out to be a franchise. This was a little European thriller that camemy way and I was delighted to do it,” said Liam.

Liam Neeson on ‘Taken’ 3, what scares him, and what it means to be a man

“If I had a penny for every time I left a message on the phones of my kids’ friends, I’d be very rich,” jokes Liam Neeson.

The actor—who has become more famous for his sinister line, “I will look for you, I will find you, and I will kill you” in the “Taken” films—is enjoying the amusing pranks of his two teenage sons.

Though he’s a Hollywood celebrity, Neeson doesn’t and refuses to act like one. Inside a London hotel one afternoon in December, he’s charming and self-effacing, interested in the conversation without being contrived.

“Boring,” he says, lightening the mood in the room as he points to his drink: A cup of Yorkshire tea, black, decaf. “But I’m addicted to it.”

In “Taken” 3, Neeson returns as former CIA operative Bryan Mills. Framed for the murder of his ex-wife Lenore (Famke Janssen), he’s forced to go on the run to evade the authorities while tracking down the real killers and protecting his daughter Kim (Maggie Grace).

Compared to its predecessors, “Taken” 3 presents a notable shift in the characters’ lives—there’s less of the formulaic kidnapping plotline and more character development. The result is a film that takes its time, remarkable since the pacing of the first two films can only be described as relentless. The controlled pace allows for a focus on the internal turbulence of its lead characters.

“We knew everything has been said in the first two films, so we asked ourselves, what else?” says French director Olivier Megaton.

Joining the cast is Forest Whitaker as the police detective who hunts down Neeson. “We worked a lot with Forest on his character because it was the first time we had a real opponent against Liam,” says Megaton. “What makes this cop lovable, smart, more human? It was the right choice because Forest was so precise from the beginning.”

Neeson’s next film is “Silence,” about two Jesuit priests who face persecution when they travel to Japan in the 1600s to spread Christianity. The actor, who has been tight-lipped to the press about the movie, relented to our inquiries.

“It’s a chance to work with Martin Scorsese again. He’s a brilliant filmmaker,” says Neeson. “The script is very good. It’s a period of history I’m fascinated with. It made me think of Joseph Conrad’s book ‘Heart of Darkness’ and ‘Apocalypse Now,’ that sort of quest.”

Neeson revealed that shooting starts in Taiwan this January with costars Andrew Garfield and Adam Driver. “But I don’t go out there until March,” he says, adding that “Marty might come and find me and kill me for talking about it.”

After “Taken” 2, you said you weren’t going to do another installment. What changed your mind?

Neeson: I didn’t want to sign on if anybody got taken. That’s insulting to the audience at this stage—it would be laughable. Thankfully (producer) Luc Besson and the writer, Robert Mark Kamen, felt the same, and I thought they came up with a very good, solid storyline.

Megaton: Part of making movies is being unsure. But there will be no part four; I don’t know what else can happen in the story.

“Taken” has been a turning point for your career, transforming you into an action star. Why do action now, at this point in your career?

Neeson: Because I’ve done every genre. This wasn’t set out to be a franchise. This was a little European thriller that came my way and I was delighted to do it. I really thought it would go straight to video. Good movie, good little thriller, but very simple storyline. Then Fox took it in 2009 and did an amazing PR job with it.

Surely it’s not just the publicity that made the first film a success; the material shone through, right?

Neeson: Well, here’s what happened… It came out in France in 2008, then in South Korea, then I got a call from one of my nephews in England: “Uncle Liam, I just saw your movie ‘Taken.’” I said, “Well it’s not out yet.”

And then I thought that’s the end of it. Then Fox took it in January 2009, believed in it, and showed bits of the trailer all over these big sporting events. When it came out, it was No. 3 in the box office, then went up to No. 2, then No. 1. It had this wonderful word-of-mouth that was really surprising…

What’s remarkable about this new film is it’s action-packed, but the plot still satisfies. How do you balance spectacle and story?

Megaton: Every time you make a movie, you try to push a little further, not getting stuck to the script. That’s what we’ve done in “Taken” 3—there’s a bit of human emotion. If the emotions are strong, then the action sequences will be stronger because as a viewer you love the characters a little more. You also have to respect the pacing—it can’t just all be action. It has to be like a roller coaster, moving between highs and lows.

Coming up with something new for this franchise, did you find that challenge appealing?

Megaton: Yes, because when I watch a movie, as a viewer I want to see something different. When I watched “Children of Men” and saw those action sequences done in one shot, as a viewer I’m feeling emotions I’ve never felt before. So, when I make movies I try to do the same thing. When you make a franchise, you have a format, you have a frame. But you have to be clever enough not to be stuck on that frame. I was a graffiti artist, so I have a very organic approach in making movies. You have a freeway and cars; OK, now how do we make this different?

With organic, do you mean less reliance on special effects? We heard you prefer doing real stunts.

Megaton: I don’t like CGI because you’re going to wait for ages to see what it looks like. I like to see what I’m thinking coming to life. And I don’t want my films to look like other big movies. Shooting everything in real life gives your film more depth, more human emotion, more character. I would dream to be like Peter Jackson, who could imagine entire movies in green screen, but I’m not patient enough. Liam likes doing all the stunts, even the detail shots, the inserts. He would stay an hour more just to complete everything even if he doesn’t have to. He’s very keen; the only thing he doesn’t like is to run.

Compared to how the first two films were lit, bleak and moody, there’s a lot of sunlight in “Taken” 3. Was this a deliberate choice?

Megaton: It’s shot in LA which is beautiful during daylight. If you were in Paris or New York, you can shoot the entire movie at night, but not LA. And the thing is, the whole film is a chase sequence, so it’s just logical to be outside. So, yes, the plan was to make the film brighter, warmer, to have another approach. I chose this Danish director of photography, Eric Kress, who shot the original Swedish “The Girl with the Dragon Tattoo.” I was a graffiti artist, and I’m still a painter, so my first two movies were very focused on aesthetics. And I tried to put a little more creativity in this new movie, even if it’s a big blockbuster.

Liam, you’re outspoken about rallying against gun laws in America, but your onscreen characters always carry them.

Neeson: I’m an American citizen, a very proud one. I live there. There are 318 million Americans and there are 300 million guns. I get so sick of opening the pages of the newspaper and it seems to be every month someone goes crazy in a school where kids are killed. It’s like now we’re getting almost immune to it. They have to change the rules. I think the founding fathers, if they knew guns now can stream bullets out thousands per minute, they’d be turning in their graves. You have a very valid argument about violent movies and I’m standing on very shaky ground. I do think my movies are cartoon violence. But it’s a valid argument and I stand chastised, absolutely.

Are you scared of anything?

Your character exudes extreme masculinity in the conventional sense. The role of men continues to change in the real world. Any thoughts on what it means to be a man today?

Neeson: I think there are basic ethics that we all live by; how you define them can change from generation to generation. But the basic fundamental ethics of behavior still apply, which is to live whatever that life is—be it a husband, a lover, a boyfriend—to be truthful with it. Respect your partner, respect your fellowman, respect your family. And then everything after that is interpretative.