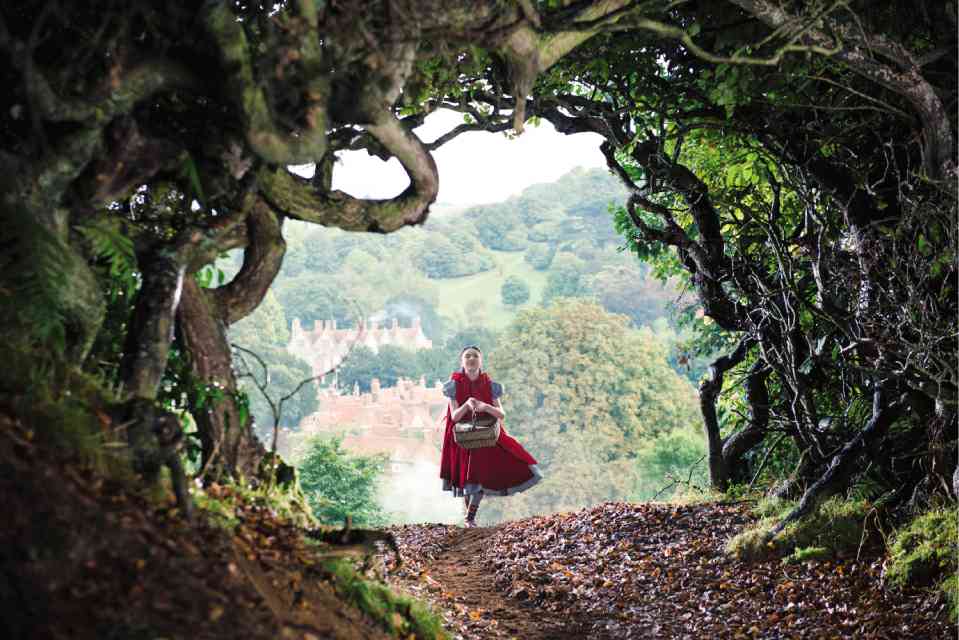 By now and pretty much by itself, the Walt Disney Company has made a cottage industry out of the idea of adding modern sensibilities to traditional fairy tales with the release of films like 2010’s “Tangled,” 2007’s “Enchanted,” 2014’s “Maleficent,” and, of course, 2013’s “Frozen”—not to mention the television series “Once Upon a Time,” which puts together several fairy tales in one location.

But when the musical “Into the Woods” first played on the American stage in 1986, it was a revolutionary concept hatched by Stephen Sondheim (songs) and James Lapine (book). By adding a knowing, wink-wink quality and a rousing musical dimension to the famous Brothers Grimm stories such as “Cinderella,” “Rapunzel,” “Little Red Riding Hood” and “Jack and the Beanstalk,” “Into the Woods” introduced a new story that ties together the older fairy tales and takes the old stuff into new territory.

The show won three Tony awards for its Broadway run. It has since branched out pretty much everywhere, but comes to the big screen after a long time in development.

A childless baker (up-and-coming British comedian James Corden) and his wife (Emily Blunt) are visited by the neighborhood Witch (Meryl Streep), who sends the couple off to gather items on the promise that she will lift the curse that has made them barren. Meanwhile, we see the beginning of the stories of Cinderella (Anna Kendrick), Jack (Daniel Huttlestone, Gavroche from “Les Miserables”) and Little Red Riding Hood (Lilla Crawford).

All their tales intersect in the woods, where more surprises await. Jack encounters a giant, Cinderella is found by her prince (“Star Trek’s” Chris Pine), and so on. But there is more going on here than the Witch will have anyone think. Remember: “Anything can happen in the woods.”

Just when you think everyone is going to live happily ever after, “Into the Woods” launches its decidedly darker, more unpredictable third act. The truth is, the couple’s story parallels that of the Witch. At one point, one character says aloud, “I’m in the wrong story.”

Almost three decades since its creation, “Into the Woods” showcases its smart, genre-challenging quality, feeling fresh and unique. Part of this is aided by Lapine’s screenplay, which rewrites certain parts and drops some songs to streamline its story and makes family-friendly and more mainstream what had been much more adult, stage-specific material. It keeps its dark origins, but strays into the all-ages light.

More than “Chicago,” “Into the Woods” is a musical that lends itself well to the movie screen, with Marshall bringing the film’s fantastic settings to special-effects life. Marshall gives the film the feel of a modern fairy-tale mash-up.

“Into the Woods” also succeeds due to the efforts of its fantastic cast. Johnny Depp chews scenery in a very short but memorable stint as the ravenous Wolf. Blunt brings a strong emotional core to the story and Kendrick shows she has a range even beyond the songs of “Pitch Perfect.”

But “Into the Woods” really shines with two performances. Corden eschews easy comedy for a complex, dramatic turn as the Baker that should make him as big a hit in the rest of the world as he is in the United Kingdom.

And who else but Streep to play the slightly unhinged Witch perfectly? She makes wickedness wacky and dangerous. When one emerges finally from the woods, it is Corden and Streep you remember. One can only wish the future adaptation of the Broadway smash “Wicked” will be as accomplished.

This film, drawn from the past, can easily be the new Disney creed: Live beyond fairy tales. Beyond its obvious musical attractions, “Into the Woods” has an exuberance that works for audiences of all ages with its message of doing something new and finding one’s destiny beyond what’s always been written on the page.

“Careful the wish you make,” another song goes, “careful the path you take.” But the line you will remember the most comes from its most famous song: “No one is alone.” After all, audiences treading on “Into the Woods” will find only great company and the enchantment of reinvention.

Disney’s “Into the Woods” will open in cinemas on Jan. 28.