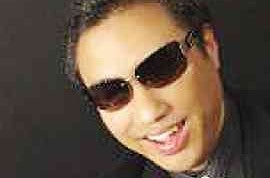 To kick off its 87th anniversary celebration, Far Eastern University will mount a recital by the celebrated blind pianist tenor Carlos “Chuckie” Ibay on Jan. 20 at   FEU Auditorium.

FEU will present Ibay in another concert on Jan 21 at Samsung Hall of SM Aura. Proceeds will go to cultural scholarships of FEU Educational Foundation.

Carlos’ vocal repertoire ranges from opera arias to sacred songs, and American standards. As an established concert pianist, he is equally at ease performing the Tchaikovsky B-flat Piano Concerto, improvising on Tatum’s Humoresque, playing his own transcription of Broadway musicals or making the audience snap their fingers to his own arrangements of the music of the great jazz artists.

Carlos, 33, has wowed audiences at the Kennedy Center in Washington DC, Carnegie Hall in New York City, Cultural Center of the Philippines, Rachmaninoff Center of the Arts in Russia, Teatro Storchi in Modena, Italy, and concert halls in Brazil, Australia and Israel.