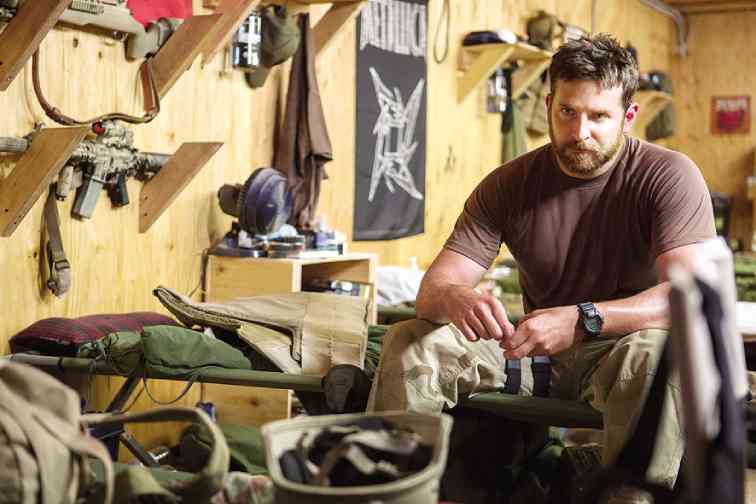 “AMERICAN Sniper” follows Kyle (played by Bradley Cooper) as he is sent to Iraq with only one mission: to protect his brothers-in arms.

The film is based on the Kyle’s best-selling memoir of the same name, which was co-written with Scott McEwen and Jim DeFelice. In the book, Kyle claimed that he had 160 confirmed kills out of 255 probable kills (although this remains unofficial with the US Special Operations Command).

In 2009, Kyle was honorably discharged from the US Navy. Unfortunately, he was shot and killed at a shooting range on Feb. 2, 2013 by a Marine Corps veteran who was suffering from a posttraumatic stress disorder. Kyle was 38.

Written by Jason Hall, the movie follows Kyle (played by Bradley Cooper) as he is sent to Iraq with only one mission: to protect his brothers-in-arms. His pinpoint accuracy saves countless lives on the battlefield and, as stories of his courageous exploits spread, he earns the nickname “Legend.”

However, his reputation is also growing behind enemy lines. Enemies put a price on his head, making him a prime target of insurgents. He is also facing a different kind of battle on the home front, striving to be a good husband to his wife (Sienna Miller) and a father to his children from halfway around the world.

Despite the danger and the toll on his family at home, Kyle serves four harrowing tours of duty in Iraq, personifying the spirit of the Navy Seal creed: to “leave no one behind.”

Although Eastwood had done war movies, what made this story all the more exciting for him was the cross between Chris’ exploits in combat and the personal aspects of his life. 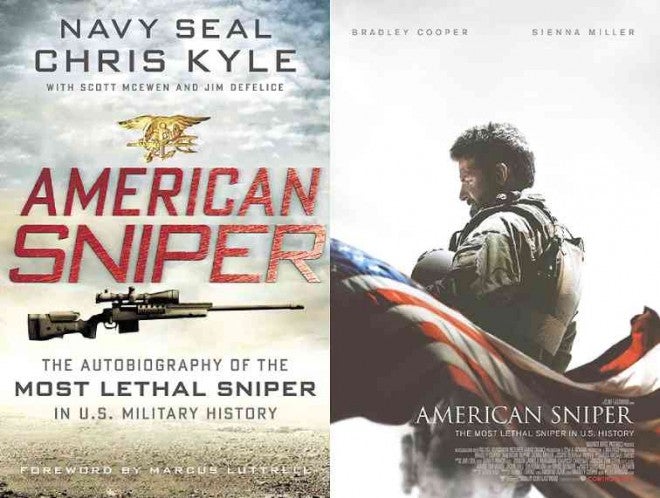 “It shows the toll war takes on a person and also the pressure it puts on the whole family,” he said. “It’s good to be reminded of what’s at stake when people are sent into war and to acknowledge the sacrifices they make. So I thought that made it an especially significant story to tell.”

For Cooper, the movie is a universal story about what most veterans have to go through.

“[The film dealt] with the seesaw of being in a war zone and then suddenly coming home to a ‘normal’ life,” Cooper said. “That was very moving to me. I liked the fact that it wasn’t as much of a war movie as it was a character study.”

Cooper said “American Sniper” fit the Eastwood canon, which explores the nature of men for whom violence and justice become inexorably intertwined.

“Chris is not a violent man—in fact, far from it—but when called upon, he did not shrink from his duty because he believed the cause is just,” he said. “His heroism wasn’t just in the number of ‘kills’ he had in war; it was also in how he was ultimately able to confront the intangible wounds of war, not only within himself but on his family.”

Hall, who wrote the script, first spoke to Kyle about bringing his story to the big screen before the book was even written.

“I was interested in the journey of a warrior of his caliber… what compelled him to fight and what it cost him,” he said. “We know that war is hell, but in this film I wanted to show that war is human.”

Prior to starting work on the script, Hall traveled to Texas to meet with Kyle.

“He wasn’t very talkative at first,” Hall said, “but by the time I left, I felt like I’d worked out a way to tell the story and earned his trust. Then, as I was walking out the door, he said, ‘Oh, by the way, we’re writing a book.’ The book seemed like it could be an obstacle at first, but it ended up being a fantastic resource.”

“American Sniper” will be screened in theaters starting Jan. 21.