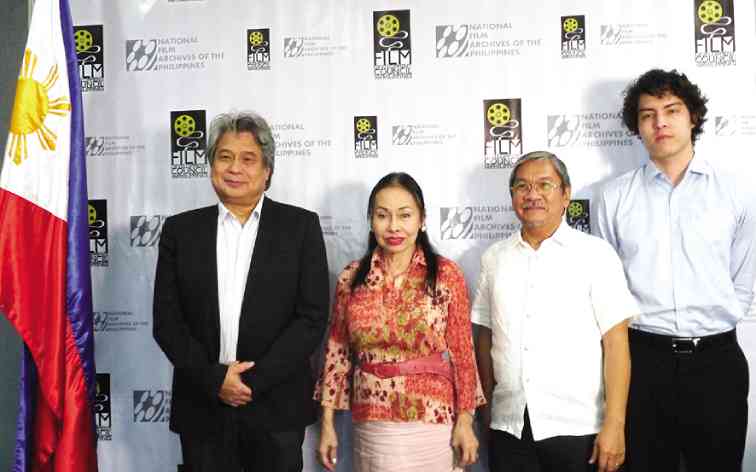 Ruby Tiong Tan, producer of Lino Brocka’s “Insiang,” has turned over the rights of the classic Filipino film, “Insiang,” to the Film Development Council of the Philippines (FDCP).

Talks are ongoing with Martin Scorsese’s World Cinema Project-The Film Foundation for the restoration of the Brocka classic, the FDCP said.

Considered one of the best films of the 1970s by the Manunuri ng Pelikulang Pilipino, “Insiang” focuses on the struggles of the titular teenage girl (played by Hilda Koronel) who is oppressed by a life of poverty after moving to Manila.

Her strict mother Tonia (Mona Lisa) allows younger lover Dado (Ruel Vernal) to move in with them. Dado develops an infatuation with Insiang and later rapes her.

When Tonia blames her daughter for the rape, Insiang seeks freedom from her situation by plotting revenge—thus transforming herself and her relationship with her mother forever.

The film is reputed to be representative of Brocka’s social realist cinema.

“Insiang” made Brocka a prominent figure in world cinema. It garnered international attention when it became the first Filipino film to be screened at the Cannes Film Festival in 1978.

Among the film’s many accolades, it won Best Supporting Actress for Lisa, Best Actress for Koronel, and Best Cinematography at the 1976 Metro Manila Film Festival.

Because of the film’s reputation, “Insiang” is regularly revived through screenings at various film festivals locally and internationally.

Tan told the FDCP in an interview that the message of the film is to have audiences confront the harsh realities of urban poverty.

“The writer Mario O’Hara said the script was based on a family he knew. Because of that situation where they all lived in one shanty, it gave room for Insiang to be abused by her mother’s lover,” Tan said. “The final scene was shot at the same penitentiary where the mother from the true-to-life story was incarcerated,” she added.

On the challenges during production, Tan recounted that “Insiang” was the first film to be shot in Tondo. “We had to have nine policemen on location around the shanty.” Time was another obstacle. “We shot the film for 21 days, shooting overnight for practically all of three weeks because we had to be on time for the first Metro Manila Film Festival,” she explained.

The producer added that the film’s censors were not keen on “Insiang” garnering international attention. “Because of the social realities depicted in the film, they did not want it to go to Cannes. It was banned because it wasn’t showing the beautiful parts of Manila. They delayed the censoring process just so that it wouldn’t make it for the Cannes deadline,” she recalled. But Tan took matters into her own hands. “By the time it was passed, it was already so late for the negatives to be sent to France via airmail, so I had to bring it there myself.”

To tell the life stories of Filipinos, often set in harsh social realities, and have those stories emerge undiminished by trite melodrama and moral clichés, was the heart of Brocka’s genius. “The purpose of the producer and the filmmaker is to uplift the quality of life and raise the standards of films. ‘Insiang’ was able to achieve that,” Tan said.

Currently, the FDCP is finalizing the launch of the restored version of Manuel Conde’s “Genghis Khan” on DVD, set to be released in February.