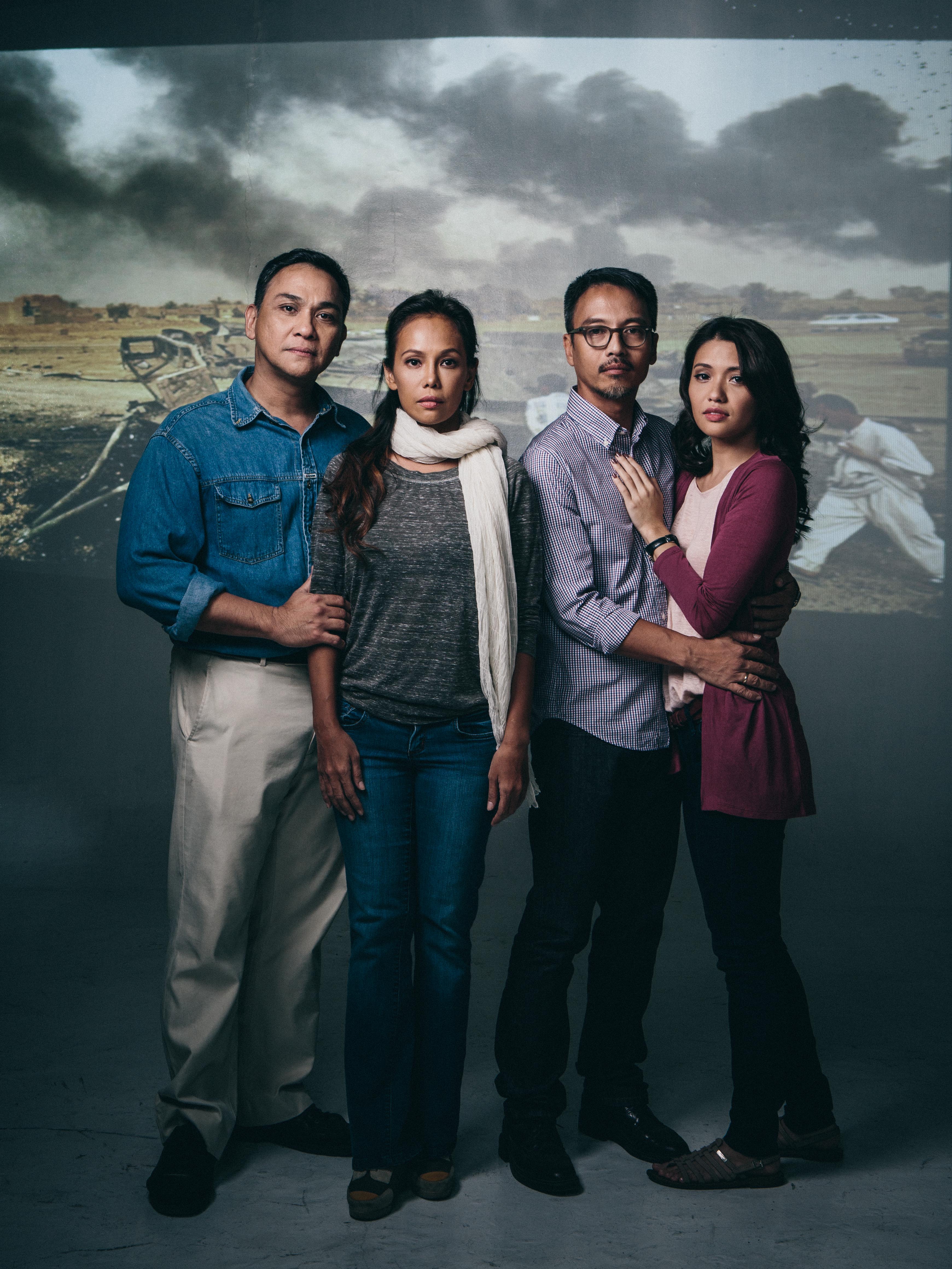 “Time Stands Still” is the story of Sarah, a photojournalist who must return home with her journalist boyfriend James after sustaining injuries from war-torn Middle East. The play follows their love story as they negotiate a more ordinary life, far from the thrills of a battleground.

Yet the comforts of urban domesticity—the simple pleasures and small compromises—can be a minefield of its own. “Time Stands Still” is a blazingly important play about responsibility—to ourselves, to our loved ones, to our community, and to our world.

“Time Stands Still” was a hit when it premiered on Broadway in 2009 and was brought back for a second run the very same year. It also garnered two Tony nominations; Best Play and Best Performance by a Leading Actress for Laura Linney.

Ana Abad Santos and Nonie Buencamino headline the Manila premier as Sarah and James. An Aliw Award Winner for her stalwart turn in “Mary Stuart”, Ana Abad Santos is one of the most respected actresses of her generation, having done numerous lead roles for almost all of the Manila theater companies.

She graduated from Lamda (London Academy of Music and Dramatic Arts) and has crossed over to film and television work, most recently in the BAFTA-nominated “Metro Manila”.

She is also an accomplished stage director and has received nominations and acclaim for her directorial work in “Hamlet”, “The 39 Steps” and Red Turnip’s “Closer”.

Nonie Buecamino is considered as one of Manila’s greatest leading men and character actors. He has essayed numerous roles onstage and has garnered many awards and nominations for his wide range of stage, film and television work.

He is also fixture in the independent film scene and was last seen in Cinemalaya’s “Dagitab” and “K’na the Dreamweaver”, as well as Jun Lana’s “Barber’s Tales”. His most recent stage appearances include Tanghalang Pilipino’s “Stageshow”, CCP’s “Lorenzo” and in Resorts World Manila’s “King and I” as the King.

Nor Domingo and Giannina Ocampo round out the cast as the couple’s longtime friend Richard and his much younger girlfriend Mandy.

Nor Domingo is an actor, director and resident member of Peta (Philippine Educational Theater Association). He was last seen in Peta’s “Haring Lear” and as Fernan in the runaway hit

He is also a Best Supporting Actor nominee for “Philippino Story” for Cinema One 2013. Giannina Ocampo is a rising star in the theater scene after her hilarious turns in Repertory Philippines’ “Leading Ladies”, “Boeing Boeing” and in

Following up his successful directorial debut in “Cock”, Rem Zamora directs his second show for Red Turnip. “I’m quite excited about this one because, this time around, I will have an actual set”, he quips. “But seriously, it’s a totally different script compared to ‘Cock’, it’s powerful because it’s so quiet.”

“Time Stands Still” is set to open in Whitespace on January 30 and runs weekends until March 8.