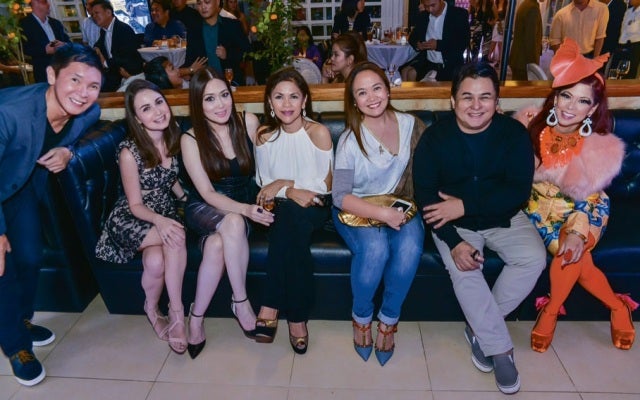 For the Philippine papal visit, I have been trying to figure out the best way to truly feel the presence of His Holiness Pope Francis, even if it’s watching the live telecast on TV.

Fortunately, I was able to secure a pass at the SM Mall of Asia Arena, thanks to my mother Marixi Prieto.

The “Encounter with Families” affair hopes to remind households that they are sent into the world in the manner of leaven so that they may be filled with the Christian spirit as they take part in building up the Kingdom.

The Gospel—about the flight of the Holy Family, characterized by a threat to life, settling in a foreign land, and uncertainties—gives light to the plight of families today. This journey of Jesus, Mary and Joseph is a source of strength and courage for the family.

All these informative points were listed in the Papal Visit 2015 Liturgical Booklet that guided us through the afternoon.

I was also engaged in another important matter of my “religious” outfit. The dress code stated anything comfy, so I made sure to have a Spanish veil with pretty embroidery and a very conservative-looking dress.

My final look was totally opposite of my outfit for the photo taken for the amazing coffee-table book “Rituals,” by makeup artist Patrick Rosas. With his extraordinary talent in makeup artistry, vision and creativity, and meticulous eye for detail, Patrick captured the loveliest women in Philippine society in his third book.

For my photo, masterfully captured by Mark Nicdao, avant-garde fashion designer Rocky Gathercole transformed me into a golden Madonna adorned with metal braces and matching crown.

It was a very futuristic religious version for my concept.

From classic personalities like Baby Fores, Korina Sanchez and Mons Romulo to Gretchen Barretto, Bea Valdes and Iza Calzado, these ladies join 160 other prominent personalities in beautiful transformations—from the sophisticated to the avant-garde, as well as fresh looks that highlight the natural beauty of each personality.

His grandest venture in book publishing to date, “Rituals,” showcases the depth of Patrick’s talent in collaborations with a team of exceptional stylists and photographers.

Patrick tapped six of the best photographers in the Philippines (Neal Oshima, Mark Nicdao, Filbert Kung, Glenn Gordon, Patrick Uy and Jo Ann Bitagcol) to capture his stunning makeup creations through their lens. The visual masterpieces are not only a celebration of beauty and art, but also the perfect documentation of the beauty of this generation.

“Rituals” comes in two incarnations. First is the limited-edition book, which comes in an acrylic case and with a special bookmark created by artist Carlo Calma—there are only 500 copies in existence, launched through a special event at Whitespace last December.

Each limited-edition book and its bookmark are numbered accordingly and has an elegant textured hardbound cover; the consumer edition, on the other hand, is striking with its luxe red cover.

At the grand launch, Jewelmer had an elegant display of their latest pearls as one of the sponsors. Fila, as well, had a showcase where Fila Philippines power couple Butch and Cris Albert feted their guests with flowing champagne.

The consumer edition is now available at National Book Store and PowerBooks.

From a golden look for “Rituals,” I chose a floral ensemble for the Cointreau affair that launched “Cointreauversial,” the first La Maison Cointreau cocktails competition.

Inspired by Cointreau Privé in Paris, La Maison Cointreau was first launched internationally in New York City, with the aim to introduce Cointreau as the avant-garde and Parisian-style spirit that enables mixologists to be ‘Cointreauversial’ and explore limitless cocktail variations using Cointreau, the heart of cocktails.

At an exclusive, by-invitation-only competition, La Maison Cointreau sought out the best innovative talents of Manila’s cocktail scene who went head to head, showcasing their skill and creativity with Cointreau as the heart of their cocktails.

The competition brought together Manila’s most visionary mixologists that included Aldrin Ivan P. Ancheta of The Curator Nightlife Café & Lounge, Lovi A. Ting-le of Speakeasy Tapas Bar & Resto Café and Mark Anthony B. Marquez of Vask Tapas & Gastronomic Cuisine, to name a few.

The winners were selected based on the best overall score on the challenges and were rated with the following criteria: flavor, aroma, presentation, techniques and use of Cointreau.

At the end of the event, the grand winner of La Maison Cointreau cocktail competition was Christian Earl David S. Asiddao of Longbar, Raffles Makati. The Most Iconic Cocktail award went to Cristopher R. Bayon of Black Sheep and the Most Cointreauversial Cocktail was awarded to Ryan O. Rodriguez of VU’s Skybar & Lounge, Marco Polo, Ortigas.