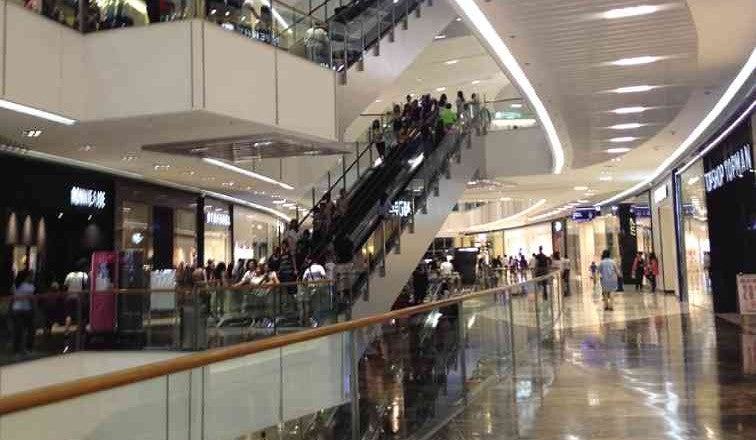 On a recent busy evening in one of the Philippines’ top malls, shoppers wandered through luxury brand shops while prostitutes sat expectantly at a bar and a priest gave a sermon at a chapel.

The scene may appear an unlikely combination but in the Philippines the Catholic Church has successfully set up shop where millions increasingly spend their leisure time.

As a visit by Pope Francis to the Philippines this week shines a spotlight on the nation’s vibrant brand of Catholicism, local Church leaders said he would endorse the mixing of faith with consumerism.

“It was Jesus who went to market places to preach the good news of salvation. We must go where our people are,” Father Rufino Sescon, a member of the local organising committee for Francis’s visit, told AFP.

“Gone are the days we just have to wait for our people to go to our parish churches.”

In the 1980s, when the retail complex was much smaller, the chapel was surrounded only by greenery and a serene lagoon.

But gradually the mall encircled the chapel as it developed and expanded.

Today it offers almost anything a shopper might desire — including the city’s best restaurants, luxury fashion outlets, a fish-feeding pond to amuse the children and a bar well known for its prostitutes.

On any early evening, Father Paul Marquez presides over mass, as brightly dressed women and transvestites sit on chairs within view of the altar at the front of the bar and tout for clients.

Following one recent mass, Marquez said he was happy with his chapel’s setting.

“Jesus went to the prostitutes, the tax collectors. He was criticised but we cannot remain an antiseptic church,” he said.

Susana, a self-described “sex therapist” who works the bar and other establishments in the mall, said she was comforted by the presence of a place of worship nearby.

“I go there to pray occasionally,” Susana, who asked that her surname not be used, told AFP as Marquez’s evening mass concluded.

“I pray for good health, for my kids to finish school and that I earn enough to pay my bills,” she said, wearing a tight skirt, a low-cut tube top and a jewelled cross on a necklace.

Looking out at the bars near the Greenbelt chapel after mass, lawyer Cherry Bayot said she saw nothing wrong with fulfilling her religious obligations in such an atmosphere.

“God is everywhere and prayer is a very personal act. You can do it anywhere,” she said.

The mall worshipping phenomenon can largely be traced back to the family of Henry Sy, the country’s richest man who made his initial fortune in shopping malls and still dominates the sector.

SM malls are in nearly every major city of the country, and he has created a range of “supermalls” in Manila that are the biggest in the country.

At first, masses were held in the lobbies of Sy’s SM malls every Sunday, before opening hours, for the benefit of mall employees and tenants. Gradually, these masses were opened up to outsiders.

Sy’s wife, Felicidad, a devout Catholic, worked to set up designated chapels in many SM malls, complete with stone altars and ornate statues.

The Sys’ daughter, Teresita Sy-Coson, who is vice-chairwoman of the SM Investment Corp., insisted chapels had not been placed in the malls to attract consumers, but rather to help them.

“It is a convenience service for the family who gets together on Sunday. The masses provide the spiritual aspect of the modern lifestyle,” Sy-Coson said in a statement.

However, these places of worship fall short of the status given to a church in the traditional sense.

Father Esteban Lu, chaplain of the SM Megamall chapel, said they were “blessed”, not consecrated like an actual church. That way, the mall owners could take the space back and turn it into a shop.

Because of this, the mall chapels can only hold masses and hear confessions. They cannot hold weddings, baptisms or other sacraments, according to Lu.

Despite these limitations, Father Reynaldo Reyes, chaplain of the penthouse chapel on the seventh floor of the new SM Aura shopping mall, said his parish enjoyed huge benefits in hosting a mall chapel.

“The (mall) management pays for everything. The altar, the pews, the maintenance, the janitors, the air-conditioning. We can use all the money from our collections here for catechism,” Reyes told AFP.

“It is comfortable. I like the pews and the choir. I like the homilies. They make sure to get good priests,” she said.

“They are air-conditioned and so clean and orderly. Not like the old churches, so hot and so dusty,” she said.