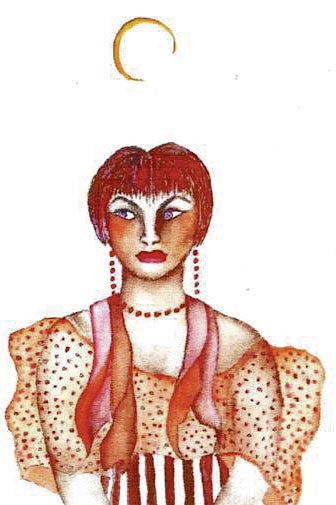 My grandson (who is in his 20s) complained about how uninteresting my columns had become since I began to list down Tagalog words he couldn’t recognize. They came from your baul, he said, they’re musty! I guess, I retorted, old words wouldn’t interest anyone of your age who opens his laptop the moment he sits down! Besides, there are many things in my baul that are of great interest to others—old saya and other clothes, necklaces, antique books and bottles, newspaper clippings, old photos, letters.

I used to love reading books by American school teachers, tourists or housewives who wrote their memoirs on the Philippines. They were such a rich source of information. So what’s wrong with remembering? Things stamped in memory are best handed down to later generations who may find them useful.

Some forgotten or neglected words are:

Sindak—fright. A Tagalog movie once was titled “Sindakin Mo si Ba- by Jane!”

Makapagpawari—to think before you act or consent to anything

Hinalà—suspicion; feeling that someone is not quite trustworthy

Usóg—flatulence. “Puera usóg!” The child’s mother will say when a person comments emphatically on how cute a baby is, lest its stomach gets full of air. To counter that, the person is made to apply a bit of saliva on the baby’s heel.

Malabò—unclear, as in impure water.

Nananabik—strong desire for some person or some object

Tumirik ang mata—when the eyes roll upwards and only the whites show, as in ecstasy, convulsion or the throes of death. Also: tumirik ang kotse—the car stopped in its tracks

Alakalakan—the space behind the knee

Nananabík—desire to do or finish something, see someone or something

Bungisngis—easily laughs at anything; giggly