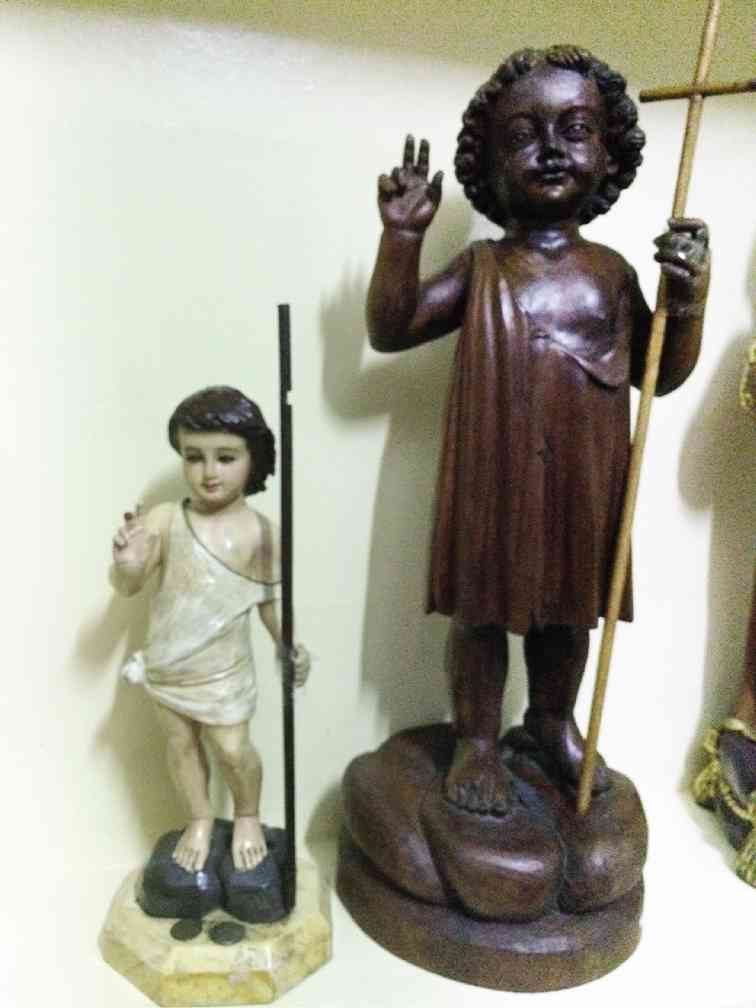 60 Sto. Niños give trader solace after she lost 29 stores

MANILA, Philippines—When Josephine Inocencio had to close down over two dozen branches of her family-owned pharmacy because of the 2009 killer typhoon “Ondoy,” she found solace in the smiling faces of the 60 Sto. Niño statues she had collected over the past three decades.

“Whenever you see their faces, even just one of them, you become happy, especially at the end of a stressful day. You realize that the Sto. Niño is there, guiding you, lifting up your spirit,” the 59-year-old businesswoman from Pasig City told the Inquirer.

Inocencio said she had grown fond of the image of the Child Jesus because of the positive outlook it inspires especially during the trying times of her life.

After losing 29 of their pharmacy venture’s 33 stores in Marikina, Quezon City and Rizal province, she also lost her father, who died of old age a year after. Today, Farmacia Peralta is down to just three branches in Pasig and one in Cainta, Rizal.

“Whenever there’s a Sto. Niño in the room, it makes you feel happy and light; it unburdens you [of your problems],” she said of the image, which is being honored in feasts today, with the biggest ones at Cebu’s Sinulog Festival and Aklan’s Ati-Atihan.

Inocencio, a second-generation pharmacist, began collecting Niños in the mid-1980s after a friend, who is a daughter of a seamstress who made clothes for the image in Paete, Laguna province, gave her one as a gift. It was as a Sto. Niño de la Praga—the most common found in the homes of the country’s 80 million Catholics.

She went on to amass as many as 60 statues, mostly bought in Paete, a town famed for its wood carvers, because she was “fascinated with the craftsmanship and the different interpretations of the Niño, from being a child baker to a doctor or fisherman.”

The collection further grew thanks to her local travels (Cebu, Bohol, Zambales) and trips abroad (Singapore and Australia), where she came across more versions of the icon. She considers among her most memorable find a Niño bought at a Baguio City souvenir shop, which had the religious statue on display among the wood carvings of the naughty “Barrel Man,” of all things.

“It stood out like it wanted me to buy it,” she recalled. “At first, the storekeeper didn’t want to sell it because he considers it his store’s charm. But he eventually gave in and handed it to me for less than P1,000.”

But Inocencio maintained that the statues she keeps are mere “reminders” of the divine—not totems for worship—that help her act and face problems with unwavering faith. “I just want to remember Christ in His happy and youthful days.”