Which musical acts do you want to watch in a concert in Manila? | Inquirer Lifestyle ❮ ❯ Which musical acts do you want to watch in a concert in Manila? 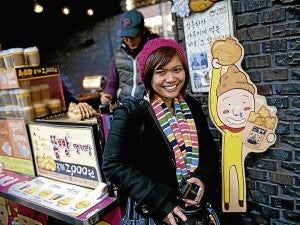 “U2, because it’s on my bucket list. Sara Bareilles because I love her songs and memorize all of them. Jack Johnson because he’s my crush and (sometimes laughably) steady, Tony Bennett because I like old-people music, Bigbang (obligatory k-pop reference).” – Chinggay Labrador, author, “Popped and Popped Too”

“U2, Radiohead, The Cure, Beck, Soulwax—and we open for all them. Hahaha!” – Raimund Marasigan, musician, Sandwich, Pedicab, Gaijin

“U2, I saw their concert in 3D and I thought if I was enjoying it in a movie theater, what more live? Madonna because she has a gazillion hits and her concerts are very theatrical. Kings of Leon, I really love their first album. Barbara Streisand, because I know my mom and dad will want to watch with me. Glee, I am a big fan of the show and I thought their movie concert was a lot of fun.” -JM Rodriguez, theater actor, host, singer

“U2, Sting, Coldplay, Stevie Wonder, Phoenix. I love their music through the years from past to present. And they’ve been elusive even when I was heavy in concert producing. As for U2 and Sting, they’re part of my bucket list. Need to tick them off. Just took Red Hot Chili Peppers off recently when they played in Hong Kong. And Swedish House Mafia! Because they rocked the house when we were in Ibiza!” – Stephen Ku, events organizer/entrepreneur

“I would love to watch Paul McCartney because he’s the only legendary Beatles member who is still alive and active in the concert scene. Stevie Wonder for his endless list of timeless hits. Madonna for being a female icon of our time. Katy Perry for the new songs that have influenced our youth of  today and Maroon 5 because they’re my ultimate favorite. Watched them in 2007, 2011 and will watch them again when they come back.”  – Cat Ilacad, owner, Posh Nails