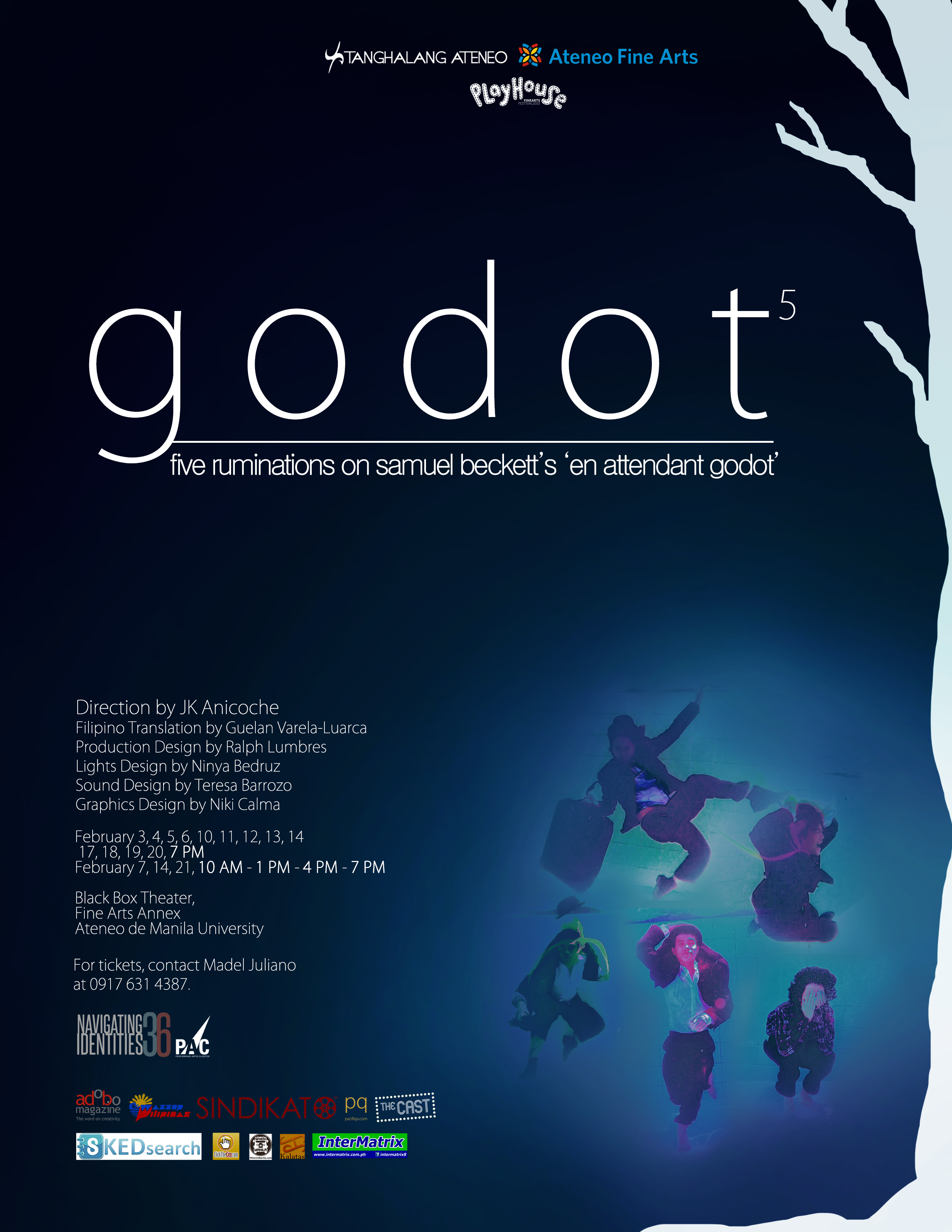 The production, an exploration of the tragedy of waiting and of hope, will use both the English translation of the play by Nobel Prize Winner for Literature Samuel Beckett and a new Filipino translation by Palanca winner Guelan Varela-Luarca.

A brief synopsis: Vladimir and Estragon meet near a tree along a road. They converse, bicker, argue, laugh, and agree on several topics of conversation; all of which are merely distractions to help them wait for the arrival of Godot. While waiting, two other men arrive, Pozzo and Lucky. 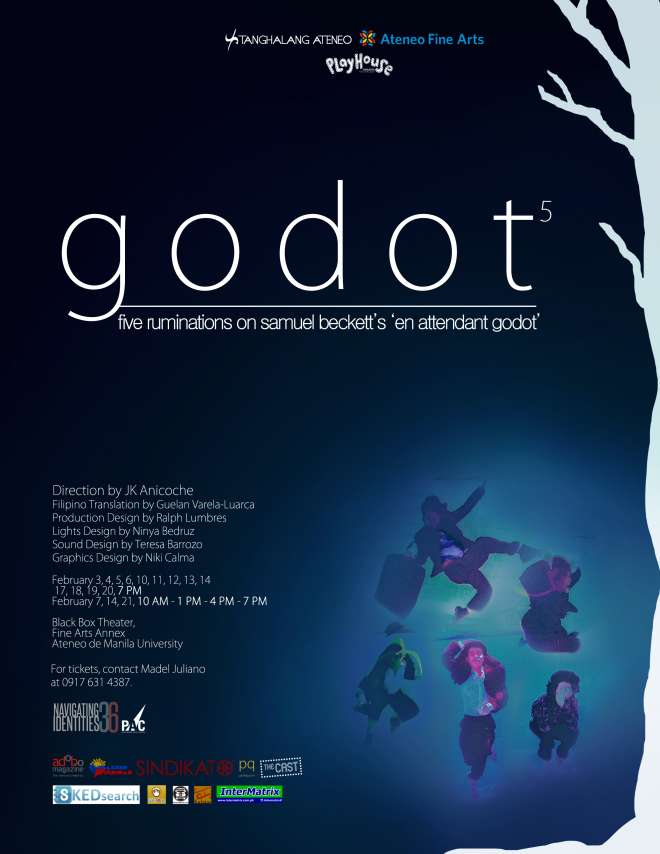 The production will feature 5 interpretations of Samuel Beckett’s modern classic:

Weekday shows will be the usual two hour play at 7pm. Saturday shows, on the other hand, will feature a loop of four consecutive performances featuring different interpretations of the play at 10am, 1pm, 4pm, and 7pm.