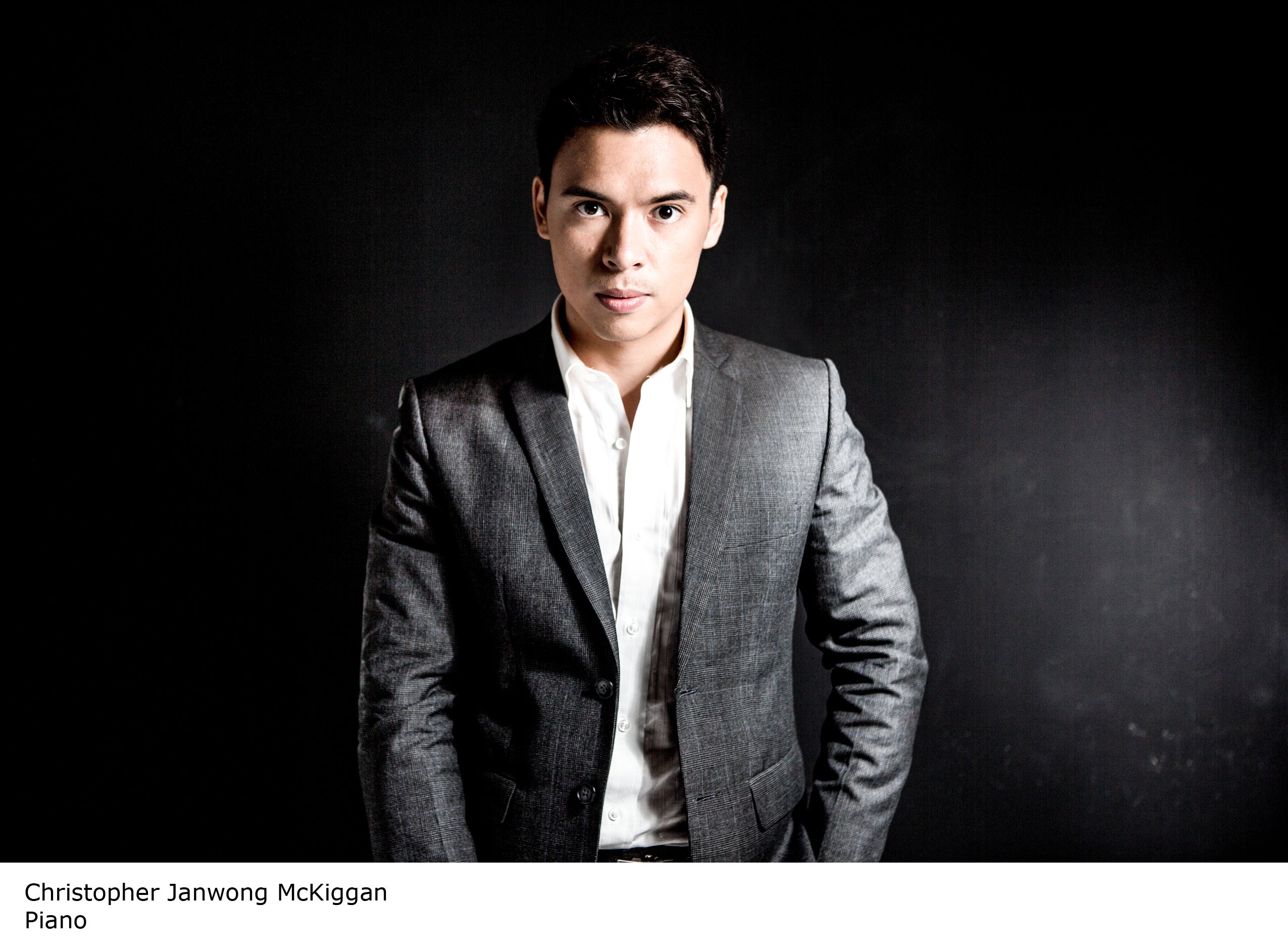 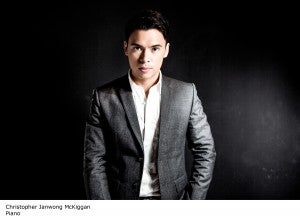 Born in Christchurch, England, Christopher began his piano studies at age six with his father. He moved to Thailand at age seven, residing with his British father and mother, a Thai citizen of Chinese heritage.

Hailed as a pianist with “astounding technique… startling poise and control” (Kansas City Star) and “astonishing virtuosity and piano coloration” (The Citizen), Christopher won a top prize as a laureate and finalist at the prestigious 12th Unisa International Piano Competition (WFIMC) 2012.

He is also the recipient of the Presser Award in which he was awarded a grant to create an upcoming international relations project titled “Resonance of Hope.” His upcoming solo CD titled “Paganimania” will be published by Albany Records and released in fall 2014. Christopher has been a guest artist at multiple music festivals including the Thailand International Contemporary Music Festival, the Geneva Music Festival and Electronic Music Midwest.

He also attended Pianofest in the Hamptons, Music Academy of the West, among others. He has performed at numerous venues including Weill Recital Hall, Salle Cortot, The Egg Beijing, Le Poisson Rouge, Benaroya Hall, Hahn Hall, Paul Hall, Jin Mao Concert Hall. He is the founding pianist with the Bangkok Piano Trio and Eon Piano Trio which one of their concerts was graced by the presence of H.R.H Princess Galyani Vadhana.

Christopher has participated in master classes with many artists including Jerome Lowenthal, Joseph Kalichstein, Paul Schenly, Robert McDonald, Lang Lang, Frederic Rzewski, Philippe Bianconi, Anthony de Mare and Konstantine Lifshitz and had coachings with members of the T’ang Quartet and the Takács Quartet. Christopher is also the founding member and one of the producers of the “JEEB” ensemble, based in Bangkok, Thailand.

Their concerts have gathered an enormous following both on the concert stage and through social media. He has been featured in over a dozen magazines (Harper’s Bazaar, Elle, Cosmopolitan, L’officiel, L’optimum among others), appeared in many TV programs, and been featured in numerous newspapers around the globe.

Christopher’s playing of “Three Minds” by Thai composer Narong Prangcharoen has been hailed as “Evocative” (The Daily Sound), and he recorded the piece for Albany records in the album “Phenomenon” and recorded “Between Heaven and Earth” in the album “Matras”.