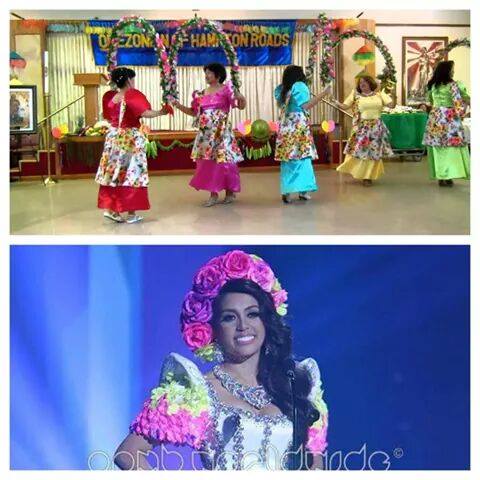 In reference to dancers during Pahiyas Festival in Lucban, Quezon. CONTRIBUTED IMAGE

Netizens have had mixed reactions since she donned a flowery dress designed by Colombian Alfredo Barranza, which was supposed to represent the Philippines’ national costume during the pageant’s preliminary competition on Wednesday.

Advertising executive and film director Marlon Rivera in his official Facebook account said it looked like it came straight from Goldilocks, a local pastry bakeshop and restaurant.

Actor-singer Aiza Seguerra wrote a comment in the thread, saying her gown when she joined Little Miss Philippines was “mas maganda (prettier)”. It earned about 30 “likes”. Seguerra’s entry to show business was through a noontime show’s (“Eat Bulaga”) talent contest for children about three decades ago.

Filmmaker-actor-activist Jose Javier Reyes tweeted that it “proved the power of personality over a national costume that looks like a bakery birthday cake.”

One can’t help but comment, “Nag-crave tuloy ako sa cake. (I suddenly have craving for cake)”.

Another said it reminded him of Iced-gem biscuits.

Others opined it looked like “stolen” art projects of grade school pupils.

Let the images speak for themselves. 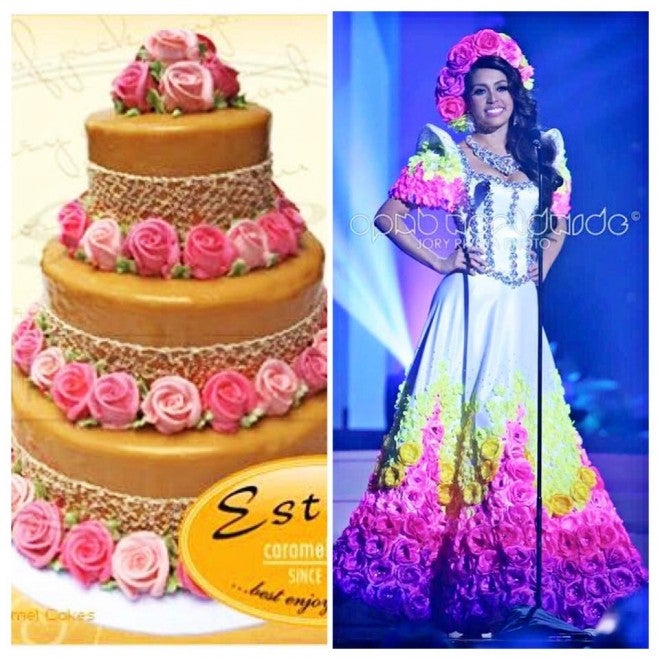 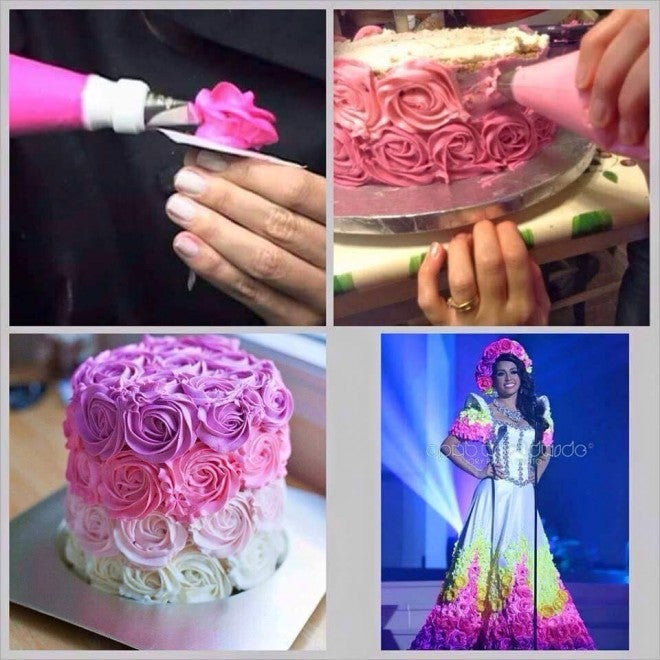 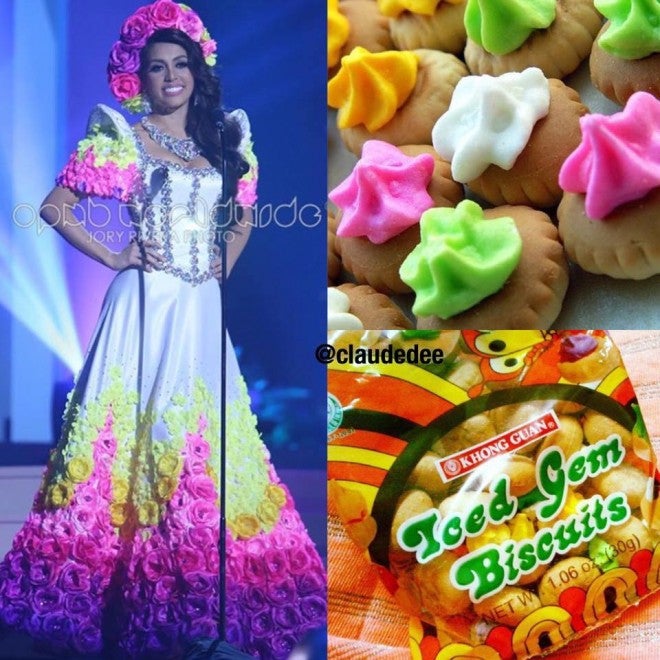 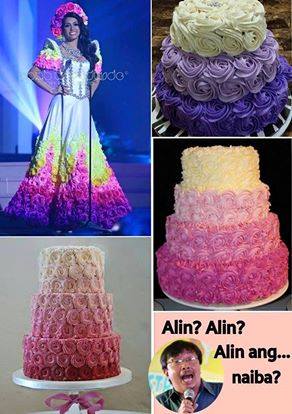 About 88 women will compete for the coveted Miss Universe 2015 crown at Florida International University in Doral City on January 25, Sunday (Manila time).