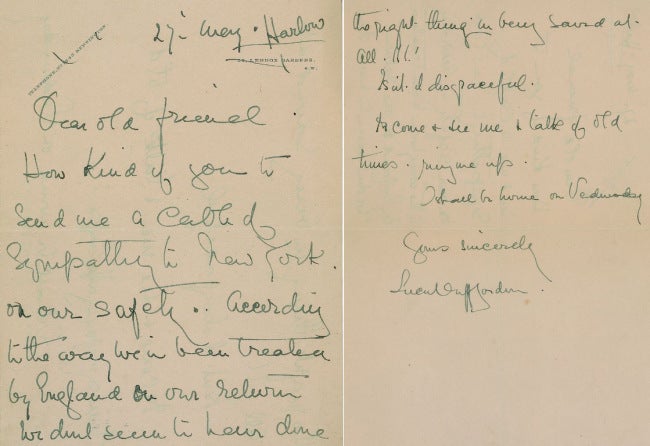 BOSTON—A letter from a wealthy survivor of the Titanic grumbling about “disgraceful” treatment in the press has sold at auction for $11,875.

The buyer’s identity was not disclosed.

Duff-Gordon and her husband were among a dozen people who survived in a lifeboat built for 40.

Tabloids dubbed it the “Money Boat” because her husband was said to have bribed the crew to row away faster from the sinking ship. The Duff-Gordons were cleared by the British Wreck Commissioner’s inquiry.

Lady Duff-Gordon was upset at media coverage and wrote to a friend: “We didn’t seem to have done the right thing in being saved at all! Isn’t it disgraceful.”