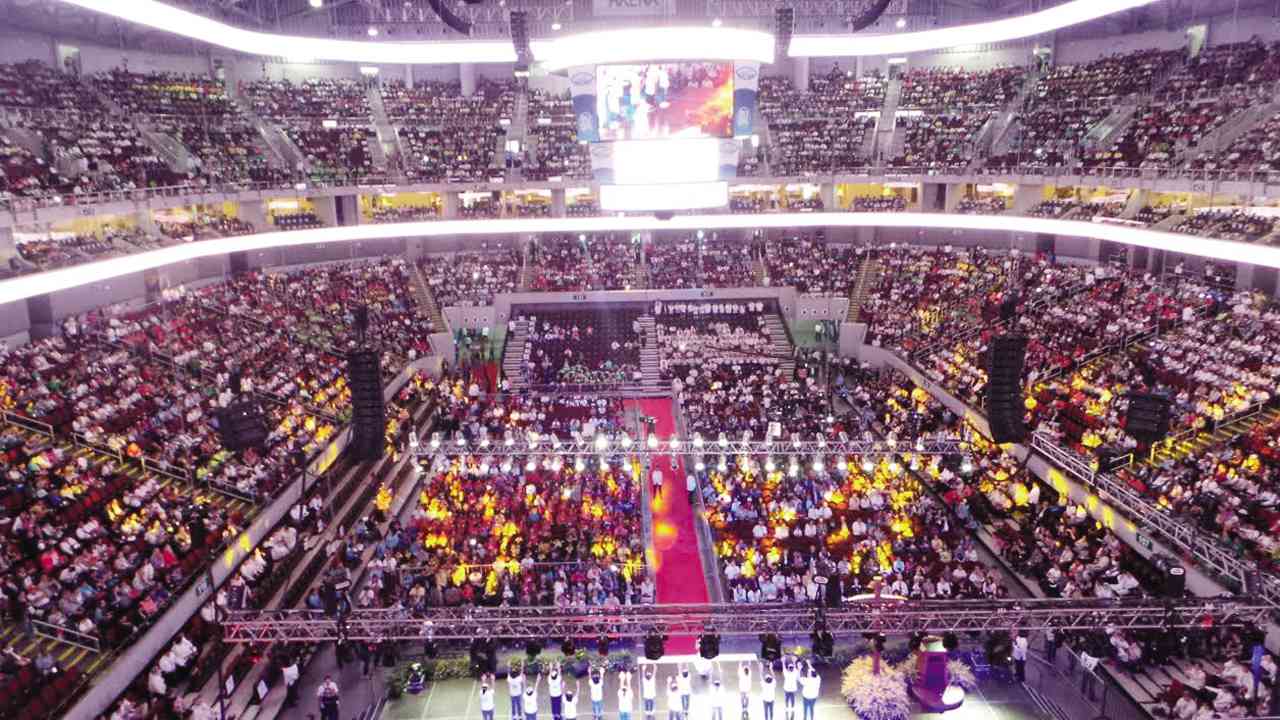 “ENCOUNTER with the Families” with Pope Francis

Still on a high after papal visit

He’s been gone a week and I miss him already. His Holiness Pope Francis has truly left an imprint in the hearts of all Filipinos.

Each personal encounter, whether a millisecond glimpse as his popemobile drove past, or a multiday following via TV and social media, or an actual sighting at one of the many events held during the papal visit, was a blessing, heartwarming and precious. Pope Francis sparked a renewal of many a Catholic’s faith with his charismatic smile and engaging words of enlightenment.

So many wonderful stories were shared among friends, like my longtime dive buddy Eileen Juan waiting for hours in the rain with her entire family just to see the Pope drive by and chef Tippi Tambunting preparing desserts at the Papal Nuncio.

Chef Tippi, executive chef of M Dining (also known as Masseto) was asked by Archbishop Pinto’s staff to prepare desserts for the Pope. For her most important customer, Tippi got her sister Triccie Tambunting and sister-in-law Marissa Buenaventura-Tambunting to assist, and create bread pudding and warm chocolate cake with caramel inside and honey ice cream.

Just before dinner was served, the three lucky ladies were invited to the living room to meet Pope Francis. They were so overwhelmed with his holy presence and felt so blessed. The Pope also blessed their family photos and rosaries.

The Pope had one more request, and it was to prepare a birthday cake for a member of his staff to be brought back to Rome. As a surprise, he wanted everyone on board to partake of the cakes so Tippi and the rest saw the Pope again as they brought four big cakes, enough for 80 people.

My personal encounter was not as intimate but very moving as well. I attended the “Encounter with Families” with the Trustees of the Metropolitan Cathedral Foundation group who worked on the restoration of the Manila Cathedral.

On his second day here, Pope Francis met with families at the Mall of Asia Arena, to discuss issues on poverty, migration and disability. I was lucky enough to be there with my parents Alex and Marixi Prieto, brother Andrew and sister-in-law Myda. Challenging family life, Pope Francis shared his words of wisdom, humor and spontaneous moments on these pressing issues.

Speaking in Spanish, Pope Francis asked for the crowd’s understanding so he could express himself more clearly. The Pope told the families to keep on dreaming and never to lose the ability to dream. He also addressed husbands and wives, to love with the same intensity as doing courtship and keep that love blossoming. The words of the Pope are still with me.

One of the families that gave their testimonies at the event was that of Renato Cruz, who shared the challenges of being deaf and still keeping their faith in God strong. Upon greeting the Cruz family after the sharing, Pope Francis and Manila Archbishop Luis Antonio Cardinal Tagle gestured in sign language, waving the “I love you” sign to the family and to the deaf participants in the crowd.

Obviously at this point, lots of tears of joy were shed. The loving energy was so high, and the entire arena was filled with so much love and compassion.

I wonder if the Mall of Asia Arena is now a holy place. It certainly was a lot more secular last November, when the Manila leg of the International Premier Tennis League (IPTL) was held there, although I understand that some male viewers were in heaven watching the likes of Maria Sharapova and Ana Ivanovic compete here.

The entire event was powered by PLDT HOME Fibr, the most powerful broadband for the home. Tennis aficionados were thrilled by the superstar lineup that visited our country, including Andy Murray, Jo-Wilfried Tsonga and Carlos Moya and, on the distaff side, the two aforementioned ladies, Serena Williams and others.

Gary Dujali, PLDT vice president and head of HOME marketing, was thrilled with IPTL’s historic first in bringing such tennis superstars to Manila. The IPTL circuit has since moved to Singapore, Mumbai and Dubai. PLDT HOME Fibr delivers Internet speeds up to 100 Mbps and is available in more than 1,500 villages nationwide. See pldthome.com/fibr for details.

Speaking of sports, the Condura Skyway Marathon now has almost 15,000 registered entrants, which makes it the premier running event in the country. The race will be on Feb. 1, starting at the Alabang tunnel and finishing at the Spectrum Midway Extension in Filinvest City, Alabang.

The 2015 Condura is subtitled “Run For a Hero,” as it is supporting the Hero Foundation. Every runner will be contributing to send children and dependent siblings of Filipino soldiers killed in action to school. It’s a great way to give back to the heroes who gave their lives to keep our country safe and secure. Visit www.conduramarathon.com for more information.

In closing, I’d like to invite all theater lovers to watch the second season ender of Red Turnip Theater, “Time Stands Still.” This heralded play from Pulitzer Prize-winning playwright Donald Margulies is the chosen production to be performed by Ana Abad Santos, Nonie Buencamino, Nor Domingo and Giannina Ocampo.

“Time Stands Still” is the story of Sarah, a photojournalist who must return home with her journalist boyfriend James after sustaining injuries in war-torn Middle East. The play follows their love story as they negotiate a more ordinary life, far from the thrills of a battleground. Yet the comforts of urban domesticity—the simple pleasures and small compromises—can be a minefield of its own.

Set to open in Whitespace on Jan. 30, “Time Stands Still” is directed by Rem Zamora and runs weekends until March 8. Fila is the main sponsor of this production. For info, contact Kristine at 0917-6346520.