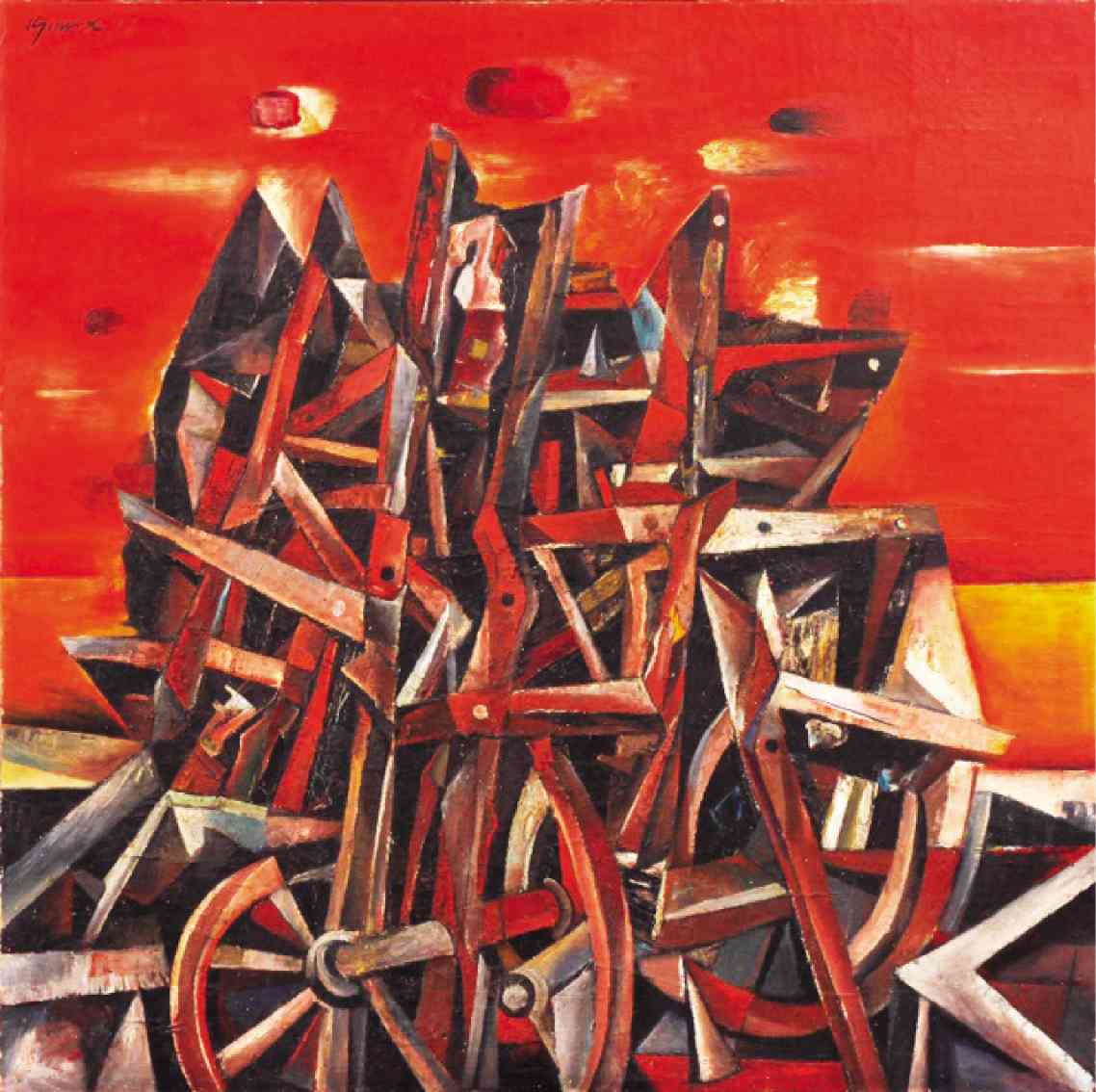 This is in partnership with Asian Cultural Council (ACC), which has been fostering cultural exchanges between the United States and Asia for several decades now.

Proceeds from the sale will go to ACC’s grant-giving program which has supported Filipino artists.

Established in 1963, ACC gives grants to artists, scholars, and arts and humanities professionals, as well as organizations and educational institutions from the US and Asia for research, study and creative work.

Featured in the auction are works by old masters, Modernist pieces, contemporary art and antique furniture.

A rare piece by Fernando Amorsolo to be put up on sale is his 1935 oil on canvas “Lavandera,” which shows a lady in the nude washing her clothes by the river. The painting was part of the collection of Don Enrique Zobel, and has a starting price of P1 million.

Jerry Elizalde Navarro’s 1979 oil on canvas “Dark Days in Tripoli” has been described by writer Paul Zafaralla as possessing a “stirring dichotomy of dynamic but controlled virtual explosion against a visually static background.” Its starting price is P180,000.

Vicente Manansala’s “Still Life,” an oil on canvas which is signed and dated 1965-1966, would be auctioned off starting at P900,000. This painting was part of the artist’s experimentation with multiple perspectives through transparent planes.

One of the contemporary artworks in the auction is Ronald Ventura’s untitled piece signed and dated 2005. The oil on canvas, which features the image of a “DogMan,” has a starting price of P120,000.

Kiko Escora’s untitled piece, signed and dated 2000, uses a mixture of oil and acrylic to depict the “fiery edgy youths.” The painting resembles a front cover of fashion advertisements of some high-end punk magazine.