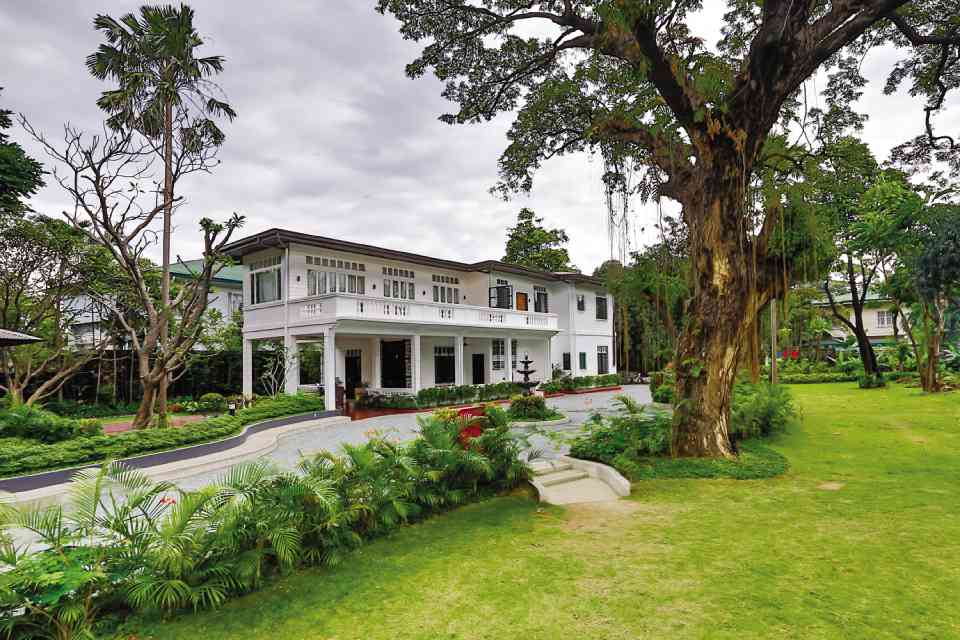 MANILA, Philippines–Following the global trend in historic adaptive reuse in the hotel industry, a businessman has converted a series of mid-century buildings into an intriguing bed-and-breakfast place.

Buzz surrounds The Henry, a 34-room hotel in Pasay City, as an example of efficient repurposing of old houses. This is the second of the design-driven boutique hotel’s chain.

Hanky Lee, owner of the holding company Innovotera Properties Inc., first acquired The Henry in Banilad, Cebu, from a European who had put up a quirky hotel with colorful theme rooms and bold artworks.

It became Lee’s first venture in the boutique hotel industry. Under the helm of a hospitality management team, Hotel Hospitality Innovators, the once-ailing The Henry Cebu climbed to No. 2 in Trip Advisor.

One day, while escorting his wife to interior designer Eric Paras’ A-11 accessories and furniture store in Pasay, Lee was mesmerized by its location. Known as “2680,” the street number of the compound on F. B. Harrison, the store’s location is a tropical oasis with old houses where creative people reside.

Lee then forged a joint venture with the landlord and acquired five old houses that would be turned into The Henry Manila. He commissioned Atlas Properties Shared Services Inc. (ASSI), with principal architects William Gan and Frederick Chung, to revitalize the houses; Paras was also tapped to do the interiors.

Justin Basco, the project head, refers to the architecture as “Liberation style,” following cultural historian Fernando Zialcita’s definition in relation to the postwar houses at 2680—the grand scale, wide windows and 11-feet-high ceilings of early 20th century ancestral homes, but without the fancy cutwork and detailed moldings.

The American influence was evident in the linear architectural details and the façade with clapboard sidings, thin strips of wooden boards that protected the house from the weather.

“The simplicity and thrift in the use of materials reflected postwar values,” says Basco.

He adds that the houses were in good condition. But to meet hotel standards, the structures had to be buttressed with concrete beams for safety. The new bathrooms on the second floor required additional reinforcement.

The owner also worked on the drainage on F.B. Harrison to prevent flooding.

Except for The Henry Manila’s main house, which includes the reception, Apartment 1B restaurant and the Owner’s Suite, the four other houses had to be repartitioned to build rooms and bathrooms.

To maintain privacy, the hotel is fenced in by hedges and flowering shrubs. Visitors and guests must pass a long corridor built to connect the five houses.

Basco says they’ve tried to preserve the vital architecture elements, such as the narra stairwell with turned balusters, sliding windows and its grill work. “We used the same corrugated sheet roofing that has been there since these houses were built in 1948. The Baldosa (a brand of decorative ceramic tile) flooring is the defining feature of the house,” he points out.

The ceilings were restored to their original grid moldings.

Inspired by the geometric grills of the Scala, the Art Deco theater in Manila, the black grill pattern frames the main entrance and lines the corridors for visual continuity.

One of the hotel’s selling points is that all the rooms have large picture windows, with scenic views of the landscape done by the late National Artist for Landscape Architecture Ildefonso Santos.

The bathrooms in the suites re-create the 1950s style with hexagon tiles and standalone clawfoot bathtubs.

Paras says he scoured old houses to furnish the rooms with period furniture such as Streamline Moderne cabinets, Ambassador’s chairs, artichoke lamps and lantern patterns on the reception wall.

Friends jest that The Henry Manila is synonymous with Paras because it features his signature style, such as the penchant for gray and earth tones, the use of   steel-frame furniture with antique bronze finish, the birdcage pattern as divider, and plush upholstered headboards that resemble pillow shams.

As a distinctive touch, metal side tables with antique patina include a built-in lamp with orange shade for drama.

The suites have the luxury of a wide balcony furnished with vintage wrought-iron furniture from the now-defunct El Arte Español. Suites on the ground floor open to a private patio bordered with eugenia shrubs.

In all, the details convey more of a homey ambience, a sense of nostalgia and a feeling of individuality, says the designer. Instead of following a hotel template, the rooms should look as if they were remodeled by the owner.

Behind the creative impetus of this hotel are the cosmopolitan tastes of younger clients.

“We are targeting a leisure market and a corporate market that want to spend weekends in a hotel that has character,” says The Henry Manila manager Miguel Capistrano. “We have been attracting travelers who want unique experiences.”

The quiet of its next-door neighbor, the religious community of the Daughters of St. Paul, also enhances the ambiance of the garden with indigenous plants popular in the mid-20th century.

There’s a swimming pool with dancing fountains under a canopy of trees.

A month since its soft opening, The Henry Manila has been ranked No. 3 among the top hotels in Pasay City by Trip Advisor.