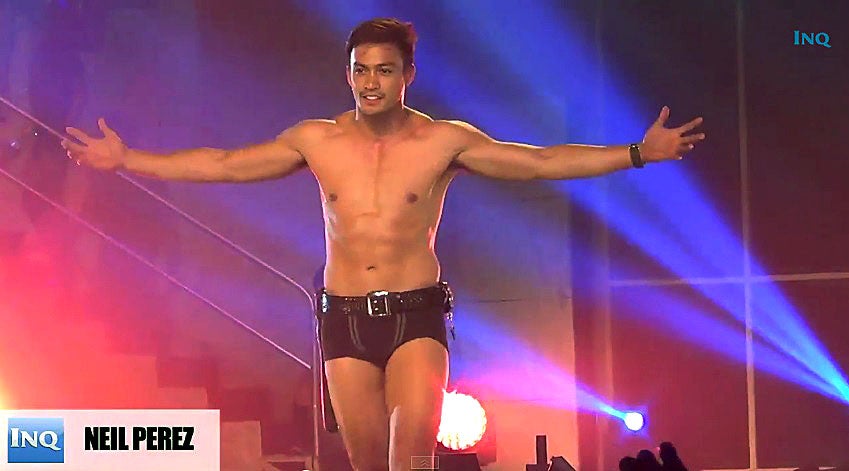 MANILA, Philippines–The police officer who will represent the Philippines in the Mister International contest in Seoul, Korea, next month said he has seen more reasons to fight for the elusive male beauty title.

After dozens of police officers from the Special Action Force (SAF) were killed in a clash with Moro rebels in Maguindanao province, PO2 Mariano Flormata, a.k.a. Neil Perez, said he will offer his quest for the international title to his slain colleagues.

“I dedicate this fight to my batch mates in the SAF, and their fellow SAF members. I would also like to thank the (Philippine National Police) for the support they are giving me in my endeavor outside the force,” Perez told reporters.

“Seven of the slain officers were my batch mates, from the Mabalasik Class of 2008 (of the police academy). I am offering this fight to them,” Perez told the Philippine Daily Inquirer.

He added: “I express my condolences to the families of my slain batch mates, as well as those left by the other slain SAF members.”

Asked how he viewed the carnage, Perez said: “There are police operational procedures. Perhaps there may have been miscommunication.” He declined to elaborate.

His mother, Grace Flormata, expressed gratitude to the PNP for the support it was giving to its members, not only his son.