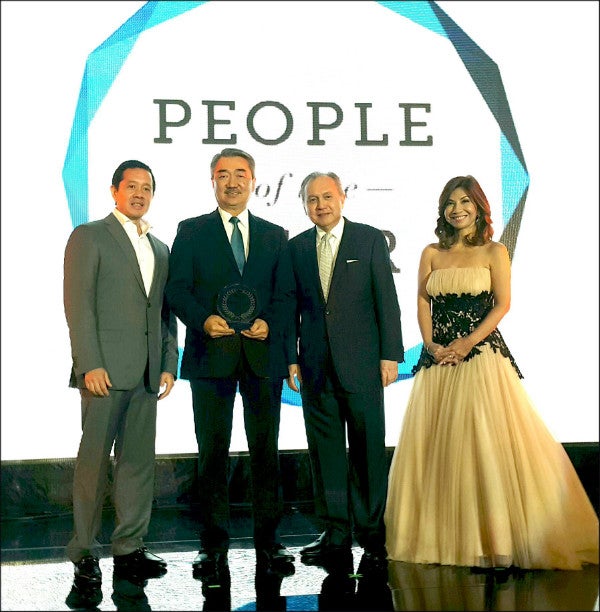 Being the first Filipino representative for the Private Sector Advisory Group of UN Office for Disaster Risk Reduction, he was recognized for advocating the “importance of disaster resilience and in providing opportunities and assistance to disaster-stricken areas.”

The award-giving body noted SM Group’s past relief efforts in Tacloban City after Typhoon Yolanda and Bohol after a 7.2-magnitude earthquake struck the island-province. Sy initiated the donation of 1,000 disaster-resilient houses to affected families in the cities of Tacloban, Cebu, Iloilo and Ormoc.

The project is set to be completed in July 2015.

“People of the Year” is an annual award given out by PeopleAsia magazine to individuals who have “left an indelible mark through their contributions in business, leadership, advocacies and entertainment, among others.”