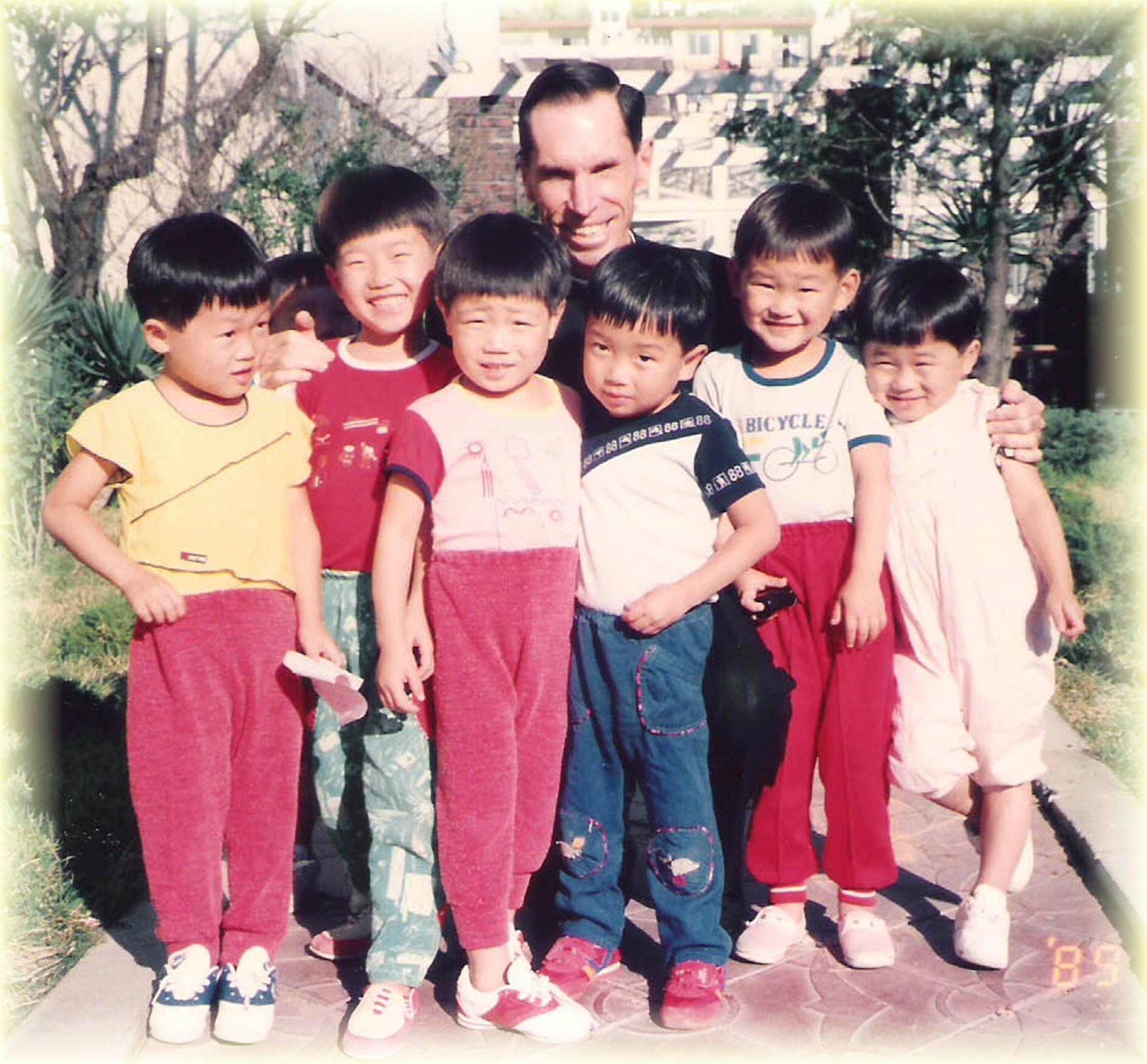 Father Al Schwartz with children in Korea in 1989. CONTRIBUTED PHOTO/SISTERS OF MARY

The American missionary who founded Boystown and Girlstown in the Philippines has moved one step closer to sainthood after earning the title of “venerable,” which is bestowed by the Pope on those who have lived a life of heroic virtue.

After his successful apostolic visit to the country, Pope Francis has bestowed another blessing on the Philippine Catholic Church when he declared Msgr. Aloysius Schwartz venerable, the first of three steps to sainthood.

According to Fr. Samson Silloriquez, OAR, who served as the postulator for Schwartz’s sainthood case, Pope Francis has authorized Cardinal Angelo Amato, SDB, prefect of the Congregation of the Causes of Saints, to promulgate the decree of the heroic virtues of the missionary priest affectionately known as “Father Al.”

The diocesan inquiry for the cause of Schwartz’s beatification and canonization was officially opened on Dec. 10, 2003, 11 years after his death, and was closed on March 23, 2004.

“Now a miracle through his intercession of Al Schwartz is needed for him to be declared blessed and another miracle to raise him up to the altar as saint,” Silloriquez said in a statement.

Schwartz founded in Pusan, South Korea, the religious institute known as Sisters of Mary, which received recognition as a congregation from the Archdiocese of Manila in 1993 and from the Vatican in March 2000.

He also founded in Seoul the male institute Brothers of Christ in 1981, with the primary task of caring for the poor and the education of children in centers called Boystown and Girlstown.

In 1984, then Manila Archbishop Jaime Cardinal Sin invited Schwartz to come to the Philippines. It was not long after that when he opened lodging centers, schools and workplaces for thousands of children from the slums.

He was laid to rest in Silang, Cavite province, in a chapel identical to the Belgian sanctuary of Notre-Dame of Banneux.

His dedication to the poor did not end with his death, according to Silloriquez.

At present, there are “boystowns” and “girlstowns” in the Philippines—centers catering to thousands of poor children, providing them with free high school education, and board and lodging.

The Sisters of Mary Girlstown in Biga-a, Silang town, Cavite, sits on a 3-hectare property complete with dormitories, laboratories, a running track and a memorial center named after Schwartz.

The Sisters of Mary runs three other campuses in the country: Boystown in Adlas, Cavite; a second Girlstown in Talisay City, Cebu province; and a second Boystown in Minglanilla town, also in Cebu.

Outside the Philippines, Silloriquez said the Sisters of Mary have communities in Mexico, Brazil, Guatemala and Honduras, serving the poorest of the poor, according to the charism of Schwartz.

Schwartz received the Magsaysay Award for international understanding for his work outside the Philippines in 1983.

“Fr. Al Schwartz has been esteemed by people until today as a model of total dedication ‘to love the poor.’ He is remembered especially by the many thousands of graduates, as the apostle of mercy, the apostle of the most miserable and of the abandoned, service rendered in the name of perfect imitation of Christ and of his gospel,” Silloriquez said.