Fernando Zobel and the Pfeufers: A friendship in art and letters | Lifestyle.INQ ❮ ❯ 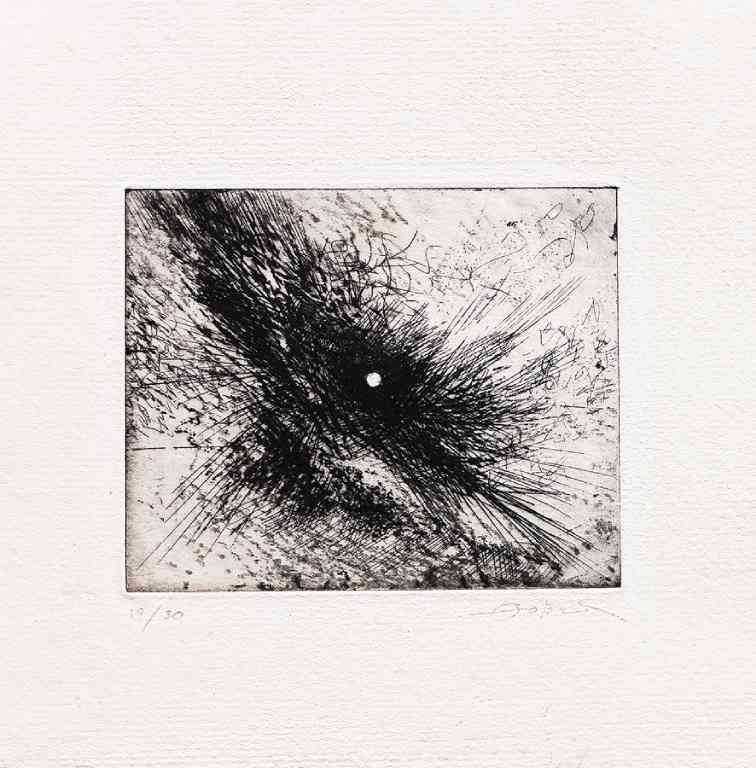 Fernando Zobel and the Pfeufers: A friendship in art and letters

To this day, Eric Pfeufer remembers a moment which transpired six decades ago, when he was a child of six. In December of 1946, he saw the arrival of an unknown Spaniard at their home in Harvard, Massachusetts, introducing himself to his parents Jim and Reed Pfeufer, both painters. The Spaniard’s name was Fernando Zobel de Ayala, and the introduction was made through a common friend, Paul Haldeman. Says Eric, “It was a friendship that lasted nearly four decades, until his death in 1984.” Through the decades, Zobel regarded the Pfeufers as a second family. He was of course a member of the prominent family in the Philippines responsible for creating the country’s premier business district in Makati City.

In a letter sent to Haldeman, Zobel described his reaction to Reed’s paintings as possessing “a poetic feeling. Her handling of color is superb and unconventional.” For the next four years, until finishing his undergraduate studies in 1949 at Harvard University, Zobel regularly visited the Pfeufers. Eric Pfeufer remembers how well Zobel related to him and his siblings, the older Joachim and Martha. Zobel even painted a mural on the wall of Eric’s room, and once, he took his sister Martha to a costume ball. When he returned to the Philippines, Zobel continued correspondence with the Pfeufers: casual letters about his family, their reception of him back home, humorous observations, and ordinary daily matters. Often these letters were mostly written back-to-back and round the edges on thin almost transparent paper.

In 1951, Zobel returned to Harvard to briefly study law, and later, he worked as a curator at the Houghton Library. A painting, done in 1953, was gifted to the Pfeufers. It was titled “Nothing III – Seated Man.” Rendered in seemingly spontaneous brush strokes, the thick black pigments sloshed confidently on the canvas, delineating a stylized figure of a man seated behind a desk or table, his clasped hands resting on top of it; the work presciently prefiguring his future abstract works. Though Zobel clearly admired the works of Reed Pfeufer, he was aware that he was of a different temperament, admitting, “I cannot paint her careful, multicolored works. I paint big, bright and flashy.”

Zobel also did a portrait of Jim Pfeufer, himself a painter with a particular skill in the graphic arts. Indeed he was the head of the graphic design department at the Rhode Island School of Design. Eric Pfeufer was portrayed as a child, holding a helmet. In another painting, Joachim’s presence is conveyed through his trumpet (a gift of Zobel), as part of a still life of potted green plants on a table by the curtained window. Titled “Green Window with a Trumpet,” the work is a reference to the Pfeufer residence in Providence, Rhode Island.

During his stay in Rhode Island, Zobel saw an exhibition of the works of New York abstractionist Marc Rothko, renowned for his monumental blocks of colors mesmerizingly floating in space. He regarded it as the single defining event that opened up his eyes and sensibility to the vast potentialities of abstraction. Six months later, Zobel would produce his abstract series “Saetas.” These were the first works that were created using his newly discovered equipment, the hypodermic syringe. (In an interview with this writer, Zobel first admitted how the idea of using a syringe came to him: he saw the family cook writing “Happy Birthday” on a cake using an icing syringe! The instrument allowed him to produce the long, thin straight lines that he could never achieve with a brush.)

In the late ’50s, when Zobel returned to Philippines, he became active in the local art scene, exhibiting his works at the Philippine Art Gallery, where he became friends with then still unrecognized artists such as Vicente Manansala, Hernando Ocampo, Cesar Legaspi, Nena Saguil, Anita Magsaysay-Ho, Arturo Luz and Lee Aguinaldo. Since there was hardly any art market, Zobel, who had the wherewithal, became an avid collector of their works, in time acquiring a most impressive collection. Indeed, he became at one point the president of the Art Association of the Philippines. Though Zobel proved himself efficient in helping out with the burgeoning Ayala business, his heart was undeniably in painting. After office hours, he would rush home to pick up the brush. He was fascinated with Chinese and Japanese painting and so studied under the tutelage of a Chinese master. Hence, all his future abstractions would bear the subtle imprint of an Oriental sensibility. In 1962, after a solo show at the recently opened Luz Gallery, Zobel returned to Spain to settle there permanently. With this decision he donated his entire collection of paintings and prints to the Ateneo de Manila University. It would serve as the core of the Ateneo Art Gallery. Through all this time, Zobel admirably wrote letters to the Pfeufers, informing them of his artistic activities and travels to other countries, with many profound observations of various cultures and profound reflections on life and art. And of course, there were the Christmas greetings personally drawn.

In Spain, Zobel found himself at the forefront of abstract painting, in time desirous of finding a place where the best of Spanish abstract paintings could be given a permanent showcase. This he fulfilled in the town of Cuenca, where, with the cooperation of the town council, he was given the use of a part of the so-called “Hanging Houses.” These were concrete and wooden dwellings perched on the precipice of a rocky promontory in Cuenca. Eric and Joachim Pfeufer, who had made extensive visits to Spain, had seen the early stages of the museum’s construction. In 1974, Reed and Jim Pfeufer visited the now-called Museum of Spanish Abstract Art where both were warmly welcomed by their lifetime friend Fernando.

When Reed and Jim moved to Cape Cod, Zobel visited the Pfeufers’ home where he, says Eric, “was pleased to sleep on the same red chaise he had slept on in Harvard more than 30 years before.” It was to be the last time he would spend time with the Pfeufers.

Today, at an age much older than when their family friend passed away, Eric Pfeufer remembers, “I was just taken by this miraculous man. He came, arrived, and became so close to the family. It was just simply a comfortable friendship.”

A most memorable letter in the Pfeufer estate is one in which Zobel did a quick Chinese calligraphy of the word “thought.” Writing to Jim and Reed, it starts very simply: “I was thinking of you….”