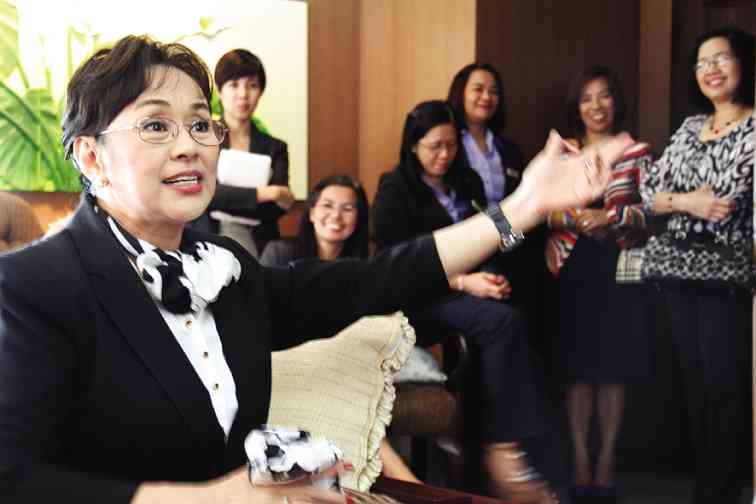 Batangas Governor and multiawarded actress Vilma Santos will lead this year’s Ani ng Dangal awardees of the National Commission for Culture and the Arts (NCCA).

The award is given to Filipino artists who had reaped international recognition in the previous year.

The awards will be handed out Feb. 13 at the Old Senate Hall of the National Museum of the Philippines, in line with the National Arts Month (NAM) celebration.

Santos, widely considered as the most lastingly successful Filipino actress of all time, will receive the Ani ng Dangal award for winning best actress in the 2014 Dhaka International Film Festival for her very moving portrayal of a bit actor in Jeffrey Jeturian’s critically acclaimed and commercially successful indie movie “Ekstra.”

Lav Diaz, probably the most critically acclaimed Filipino filmmaker last year, will receive the award. Hazel Taples Orencio, who performed for his movies, will also be awarded.

ABS-CBN’s Leonardo Katigbak and GMA News TV’s “Bayan ko” also got into the list of awardees under the broadcast arts section.

For the National Committee on Dance, the recipients will be the Halili-Cruz Ballet Company, A Team, Xtreme Dancers, Johnny Sustantivo Villanueva, Miguel Leopoldo, Kayleen Mae Ortiz and Margaret Chua Lao.

Sophia Marie Lee, winner of the Scholastic Asian Book Award, is the sole recipient under literature.

Unlike the previous years, the NCCA will not hold the Philippine Arts Festival (PAF) this year.

The PAF is one of the biggest events of NCCA every February where flagship projects of the Subcommission on the Arts’ committees are held in different parts of the country.

“Instead of holding the Philippine Arts Festival in celebration of the NAM which the NCCA has been holding for several years now, the national-government agency for arts and culture is spurring local government units, schools and nongovernment organizations to mount events in their communities for the celebration,” the NCCA said.

The events aim to promote “local culture and the arts scene, and [to feature] the talents, performances and creativity of the many artists and arts groups in the seven arts.”

However, there will be formal opening and closing programs for the NAM at the Rizal Park’s Open Auditorium in Manila on Feb. 1 and 28, respectively.