Are you satisfied with your parenting style–or are conflicted? | Inquirer Lifestyle ❮ ❯ 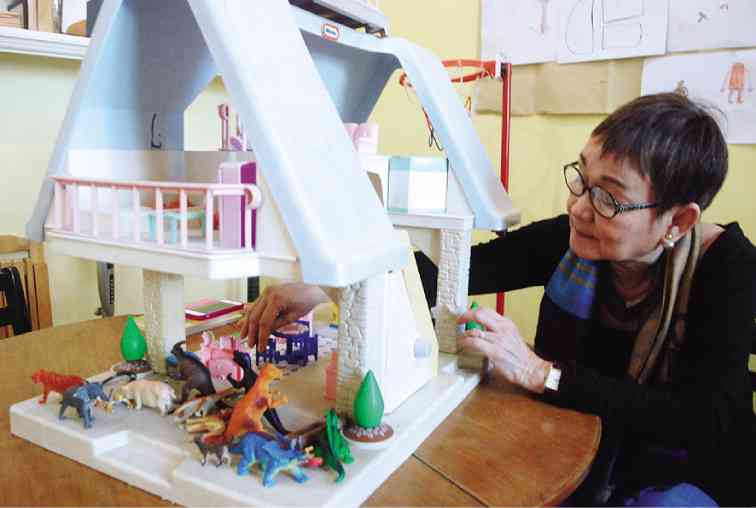 Are you satisfied with your parenting style–or are conflicted?

A frustrated mother tells her own child, “Ang tanga-tanga mo (You’re so stupid),” whenever the young one does not follow instructions to the letter.

Another mother instructs the kasambahay not to report a son’s misbehavior to his dad. “Baka magalit ang papa niya (his dad might get mad),” she warns.

More than a decade since the turn of the 21st century and nearly 50 years since the first edition of Dr. Benjamin Spock’s revolutionary book, “Baby and Child Care,” such forms of parental behavior remain prevalent and accepted in the country.

Sadly, there are communities and families that still consider these practices normal.

Dr. Lourdes “Honey” A. Carandang, PhD., a clinical psychologist, said it could take years or a life-altering event before parents become aware that their child-rearing style needs an overhaul.

And even so, sometimes this is no guarantee that the parents would be willing to change ways.

In most cases, parents adopt the child-rearing style they themselves were subjected to while growing up.

“When they were young and did not have critical thinking, they absorbed the values, thoughts and habits of their parents. This happens unconsciously, effortlessly, subliminally and deeply. Everything stays there and (what you’ve learned) is how they will parent,” Carandang explained.

Parents can change potentially dangerous behavior or patterns while raising their children only “if they become aware. If not, they only repeat the pattern. To get out of that frame of mind they had before (their) critical thinking developed is almost impossible unless they become aware,” she added.

Carandang and her team of clinical psychologists in the Mindfulness, Love and Compassion (MLAC) Institute for Psychosocial Services, Inc. will hold their first-ever Parenting Academy on Feb. 7, at the Henry Sy Sr. Auditorium of St. Luke’s Medical Center in Bonifacio Global City, Taguig, to help parents become more aware of the need to modify their child-rearing styles and how to do so.

There will be discussions on issues confronting 21st-century parents, such as how to convince a child to spend less time on the computer (Parenting in the Digital Age), the value of saving for the future (Financial IQ), dealing with kids with special needs, connecting with teenagers, and the importance of play time.

Following Inquirer Lifestyle’s announcement last week, Carandang said MLAC’s phones have been deluged with queries “from Zamboanga to Baguio,” from parents concerned about children glued to their computer screens, including those bewildered by kids who would not find the time to answer simple questions.

Asked which parental issues she finds most pressing, Carandang mentioned discipline and respect. She also noted that integrity and core values must be among the things a child must learn.

In the case of the mother who does not want her spouse to know their son’s misdeeds, Carandang said the wife’s behavior might seem harmless since she’s just protecting her child.

“What we do not know is the message absorbed by the child. Pinagtatakpan ang (covering up) wrongdoing so the punishment, or what other consequence, will not happen. We rescue children from natural consequences,” she said.

Not only is this behavior unmindful, Carandang said, but the culture of impunity prevalent in Philippine society, especially in politics, could also be traced to this seemingly innocent habit.

“You’re breeding lopsided individuals and, in our society, we have lopsided leaders who are immoral. They may be brilliant leaders but they are emotionally retarded… that’s one thing we should avoid,” she explained.

Parents must be taught to consider their children as whole individuals, and not just focus on the aspects they find important or unique to the child, like grades or sporting skills.

“In parenting, we should be looking at the whole child—intellectually, emotionally, morally and emotionally. See that you are not neglecting one aspect. Most of the time, parents focus on grades; a child grows up without compassion, has no friends or does not know how to help another child. They can achieve a lot but have no feeling for the other person,” Carandang noted.

Current times present more challenges for parents because of digital technology that was not as pervasive and influential in the lives of children of previous generations.

“The parent tells you to obey but the media tells you something else,” Carandang pointed out.

The doctor believes social media could have a hand in the rising incidence of teen depression and suicide.

“I don’t have statistics, but I have observed that it’s more frequent. There are so many things you have to contend with when you’re an adolescent. There’s Facebook. Teka, nahuhuli na ba ako (sa balita)? There’s an overload of information, overstimulation and hyperactivity,” she said.

Carandang cited that a youngster under her care has complained, “Mahirap maging teenager. Nahihirapan din ang loob namin. Ang daming dapat asikasuhin at i-balance (it’s tough to be a teen. We’re feeling it deep inside. So much to handle and to balance).”

Carandang added that there are many more stress factors now than before. “Just take the long commute from home to school and back. There’s traffic, crowd, noise pollution. Children hardly have space and time to be quiet. Sometimes there’s no time to play when play is very essential to be healthy.”

She said parents must strive to teach integrity and core values to children. Carandang herself has three sons—Ricky, Rafa and Chris.

Once a child is equipped with these, it’s easy to let them go out there and trust that the good sense they were taught would steer them in the right direction.

Carandang noted that eldest son Ricky once said in an interview for Mother’s Day that, as he was growing up, his mother “allowed us to make mistakes but she’s always there when we needed her.”

The doctor said with a laugh she was “not a helicopter mommy… probably the opposite. I focused on building my children to become whole. Integrity, to me, is like an inner anchor of values. So that even if they’re out with friends who may be into drugs, the boys will not be carried away because of their core values. They may be with corrupt people but they will not be corrupt,” she said.

“A sense of self-worth is the most important thing, which is actually what integrity is about. Wherever you go, you know who you are and you will not be swayed to do this and that. Every decision you make, you consult you inner core values. That’s the foundation (good parenting) builds,” Carandang added.