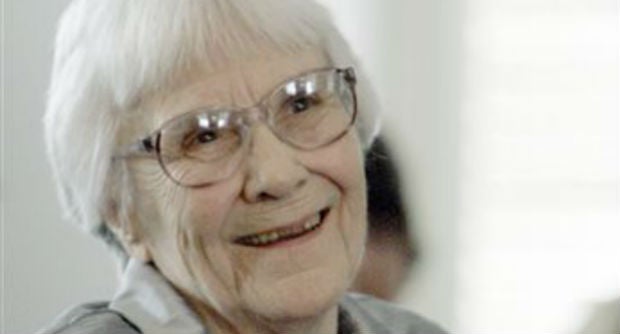 In this Aug. 20, 2007, file photo, Harper Lee, author of the Pulitzer Prize-winning novel, "To kill a Mockingbird," smiles during a ceremony honoring the four new members of the Alabama Academy of Honor at the Capitol in Montgomery, Ala. Publisher Harper announced Tuesday, Feb. 3, 2015, that "Go Set a Watchman," a novel Lee completed in the 1950s and put aside, will be released July 14. AP

NEW YORK — “To Kill a Mockingbird” will not be Harper Lee’s only published book after all.

Publisher Harper announced Tuesday that “Go Set a Watchman,” a novel the Pulitzer Prize-winning author completed in the 1950s and put aside, will be released July 14. Rediscovered last fall, “Go Set a Watchman” is essentially a sequel to “To Kill a Mockingbird,” although it was finished earlier.

Reactions ranged from euphoria (Oprah Winfrey issued a statement saying, “I couldn’t be happier if my name was Scout”) to skepticism about Lee’s cooperation and about the quality of the new book. Biographer Charles J. Shields noted that Lee was a “beginning author” when she wrote “Watchman.”

The 304-page book will be Lee’s second, and her first new work in print in more than 50 years, among the longest gaps in history for a major writer.

“In the mid-1950s, I completed a novel called ‘Go Set a Watchman,'” the 88-year-old Lee said in a statement issued by Harper. “It features the character known as Scout as an adult woman, and I thought it a pretty decent effort. My editor, who was taken by the flashbacks to Scout’s childhood, persuaded me to write a novel (what became ‘To Kill a Mockingbird’) from the point of view of the young Scout.

“I was a first-time writer, so I did as I was told. I hadn’t realized it (the original book) had survived, so was surprised and delighted when my dear friend and lawyer Tonja Carter discovered it. After much thought and hesitation, I shared it with a handful of people I trust and was pleased to hear that they considered it worthy of publication. I am humbled and amazed that this will now be published after all these years.”

Financial terms were not disclosed. The deal was negotiated between Carter and the head of Harper’s parent company, Michael Morrison of HarperCollins Publishers. “Watchman” will be published in the United Kingdom by William Heinemann, an imprint of Penguin Random House.

Lee lives in an assisted living center in her hometown of Monroeville, the real-life model for the fictional town of Maycomb of “To Kill A Mockingbird.” A longtime friend said she is deaf, blind and in poor health, spending much of her time in a wheelchair. She was last seen publicly in November at the funeral of her older sister, Alice Lee, who long represented the author and was known for being protective of her.

Harper publisher Jonathan Burnham acknowledged Tuesday that the publisher had had no direct conversations with harper Lee, but communicated through Carter and literary agent Andrew Nurnburg.

Burnham said during a telephone interview that he had known both Carter and Nurnburg for years and was “completely confident” Lee was fully involved in the decision to release the book.

“We’ve had a great deal of communication with Andrew and Tonja,” said Burnham, adding that Nurnburg had met with her recently and found her “feisty and in very fine spirits.”

Jillian Schultz, who operates a gift and home shop on Monroeville’s town square, said she has read “Mockingbird” about 20 times and looks forward to the sequel.

But, like others, Schultz has questions about the long delay between the publications.

“I was really surprised,” said Schultz, 28. “You know there’s a lot of controversy about whether  Harper  Leeactually wrote the (first) book. There’s been so many years in between, and you have to wonder, ‘How did somebody forget about a book?'”

Ginger Brookover lives in northern West Virginia and was making her second trip to Monroeville on Tuesday because of “Mockingbird.” She texted a friend after learning that a second book by  Lee  will be released.

According to publisher Harper, Carter came upon the manuscript at a “secure location where it had been affixed to an original typescript of ‘To Kill a Mockingbird.'” The new book is set in Maycomb during the mid-1950s, 20 years after “To Kill a Mockingbird” and roughly contemporaneous with the time that Lee was writing the story. The civil rights movement was taking hold in her home state. The Supreme Court had ruled unanimously in 1954 that segregated schools were unconstitutional, and the arrest of Rosa Parks in 1955 led to the yearlong Montgomery bus boycott.

“Scout (Jean Louise Finch) has returned to Maycomb from New York to visit her father, Atticus,” the publisher’s announcement reads. “She is forced to grapple with issues both personal and political as she tries to understand her father’s attitude toward society, and her own feelings about the place where she was born and spent her childhood.”

Lee  herself lived in New York in the 1950s and returned to her hometown. According to the publisher, the book will be released as she first wrote it, with no revisions.

By Tuesday afternoon, “Watchman” was in the top 10 on barnesandnoble.com, representing a flood of preorders in just a few hours. The publisher plans a first printing of 2 million copies, on a par with a novel by John Grisham or Stephen King but fewer than were printed for later books in the Harry Potter series.

Shields, whose “Mockingbird: A Portrait of Harper Lee” came out in 2006, said that “Mockingbird” had required extensive editing and doubted that “Watchman” has “the tight structure” of her other book.

“But if we have any of her voice, her compassion for people and her message about understanding the other in there, we’ll have a very fine work,” Shields said.

“To Kill a Mockingbird” is among the most beloved novels in history, with worldwide sales topping 40 million copies. It was released on July 11, 1960, won the Pulitzer Prize and was adapted into a 1962 movie of the same name, starring Gregory Peck in an Oscar-winning performance as the courageous attorney Atticus Finch. Robert Duvall, who played the reclusive Boo Radley in the movie, issued a statement Tuesday saying that the film was a “pivotal point” for him and he was looking forward to the new book.

Although occasionally banned over the years because of its language and racial themes, “Mockingbird” has become a standard for reading clubs and middle schools and high schools. The absence of any other books from Lee only seemed to enhance the appeal of “Mockingbird.”

Lee’s publisher said the author is unlikely to do any publicity for the book. She has rarely spoken to the media since the 1960s, when she told one reporter that she wanted to “to leave some record of small-town, middle-class Southern life.” Until now, “To Kill a Mockingbird” had been the sole fulfillment of that goal, although Lee has said the one book was good enough.

“This is a remarkable literary event,” Burnham said in a statement. “The existence of ‘Go Set a Watchman’ was unknown until recently, and its discovery is an extraordinary gift to the many readers and fans of ‘To Kill a Mockingbird.’ Reading in many ways like a sequel to Harper Lee’s classic novel, it is a compelling and ultimately moving narrative about a father and a daughter’s relationship, and the life of a small Alabama town living through the racial tensions of the 1950s.”

The new book also will be available in an electronic edition. Lee has openly stated her preference for paper, but surprised fans last year by agreeing to allow “Mockingbird” to be released as an e-book.

‘Mockingbird’ author Lee sues over copyright in US