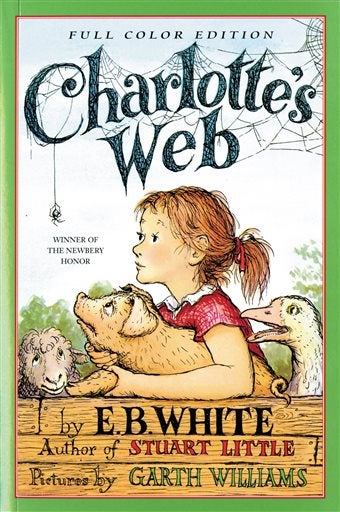 3 E.B. White classics will soon be available as e-books

NEW YORK — Three E.B. White classics read by millions of parents to their children will soon be available on the digital screen.

HarperCollins announced Wednesday that “Charlotte’s Web,” ”Stuart Little” and “The Trumpet of the Swan” can be purchased as e-books starting March 17. White’s granddaughter Martha White told The Associated Press that family members had worried electronic sales would hurt business for their preferred format, paper.

“After discussing this with our agent (Amanda Urban), it’s become apparent to us that e-books complement sales of paper books, instead of replacing sales,” White said. “The print books of ‘Stuart Little’ and ‘Charlotte’s Web’ have been selling strongly, and we felt like it was time to allow the books into the market in other formats.”

White, whose grandfather died in 1985, said she imagined the e-editions being read by travelers, at airports and train stations, or by people in waiting rooms at doctors’ offices. But she hoped that at home families would still use the paper edition.

“I think the routines and rituals around reading to children still mean sitting on a bed or in an armchair with an adult, and the print book is the best format for that,” she said.

The publishing industry has long debated whether e-books expand the overall market or simply shift the market away from paper, for which sales have been flat at best over the past several years. One area that has seen growth in both categories: young adult/children’s books.

Results from a 2012 Pew survey closely follow White’s ideal for the roles of print and digital: Nearly three-quarters of those surveyed favor e-books while traveling; around 80 percent use paper when reading with a child. Ellie Berger, president of Scholastic Trade, a leading children’s book publisher, said the two formats do complement each other and that “the combination of the two are greater than if we had print alone.”

As the e-book market has matured, the number of digital holdouts has rapidly declined, with J.D. Salinger’s “The Catcher in the Rye” and Gabriel Garcia Marquez’s “One Hundred Years of Solitude” among the few notable works still unavailable.

White said there are no plans to participate in a new and growing outlet for e-books, subscription services.

“It’s not something we’ve been asked about and I don’t find myself wanting to go down that road,” she said. “The print book is always our primary concern and the bookstores are what we want to support.”

RELATED STORIES
What am I doing the rest of my life?