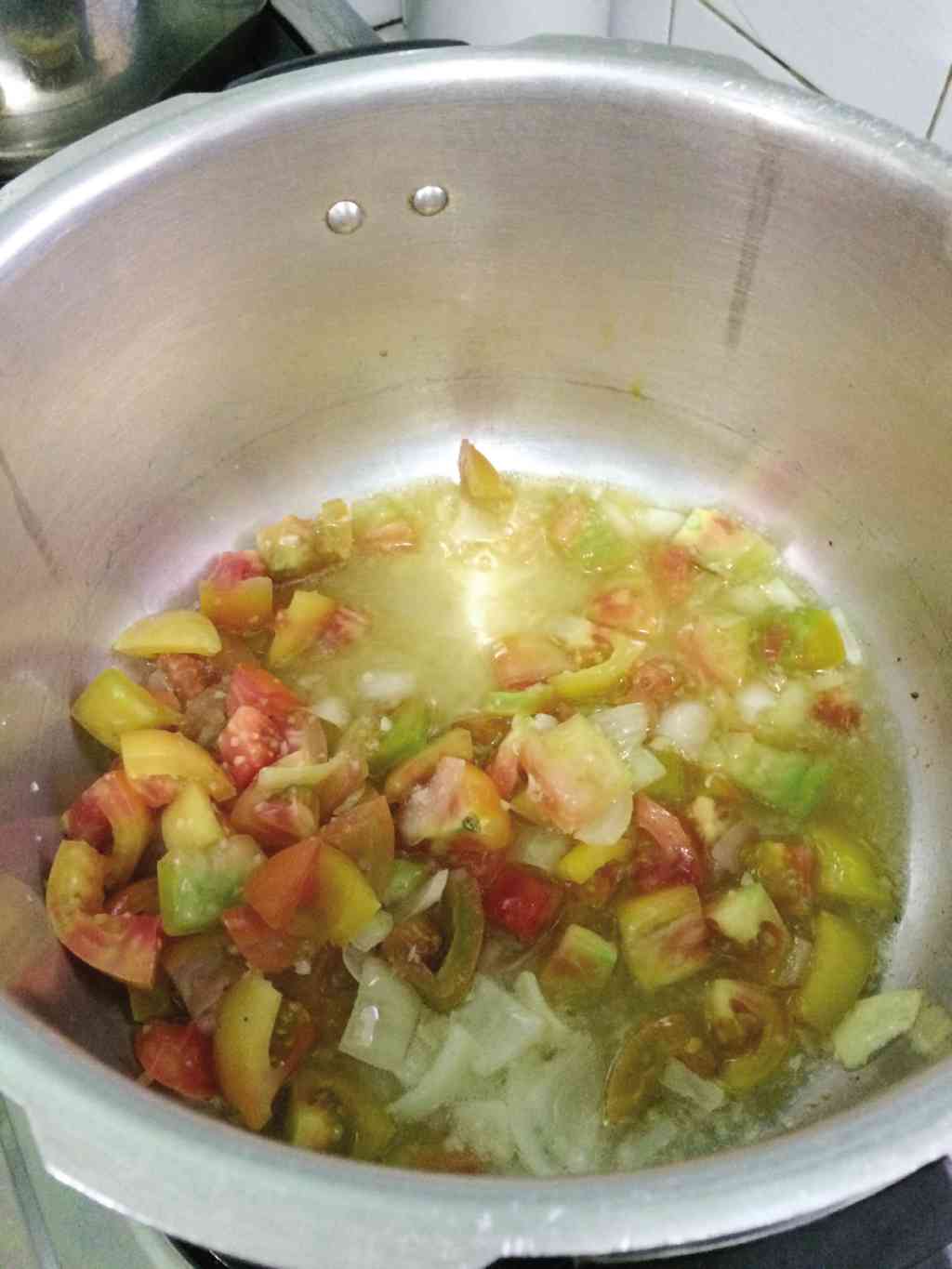 Fresh tomatoes play a big role in preparing this Kapampangan-style Chicken-Pork Asado. Instead of the usual tomato paste, the fresh tomatoes give a

pleasant, sourish flavor to the dish, balanced by the mildly salty soy and fish sauce.

The chicken and pork are separately stewed in tomatoes, onions and garlic, then blended together just before serving. This is because the chicken cooks faster than the pork, which needs to be tender to the bite. The chicken turns soggy and mushy if left with the pork mixture.

A dash of atsuete powder is added to the mixture to achieve that tempting red-orange color that looks similar to afritada. But what makes the chicken-pork asado different from afritada is that it simply has no bell pepper or potatoes in it.

“If you want, you can serve steamed vegetables on the side,” says private caterer Me-anne Aristorenas (tel. 5845344 and 0916-7438206). “It’s also important to simmer the sauce until it thickens and brings out its natural oil.”

1 pc large onion, chopped (half for pork, half for chicken)

1 head garlic, minced (half for pork, half for chicken)

A dash of atsuete powder for chicken and pork

1 HEAT oil and sauté onion, garlic and tomatoes in a saucepan. Add atsuete powder and fish sauce. Mix and simmer for one minute.

3 ADD soy sauce and a dash of salt. Mix well. Add enough water, cover and simmer until chicken is tender.

4 REMOVE cooked chicken and set aside its sauce.

5 REPEAT the same procedure and measurement, this time with the pork cubes. Then, separate pork from its sauce.

6 IN ANOTHER saucepan, combine the remaining sauces of chicken and pork. Simmer until it thickens. Arrange meat in a platter then pour in the thickened sauce on top of the meat. Serve warm.