Looking for best in long gown at the Paris couture | Lifestyle.INQ ❮ ❯ 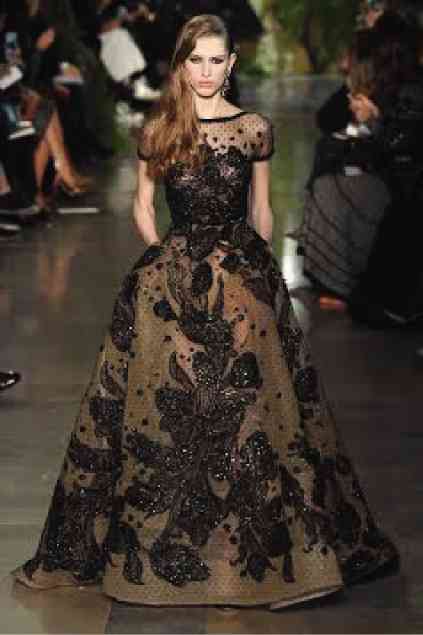 Looking for best in long gown at the Paris couture

The recent Paris Haute Couture Week could have relevance to the Grammy Awards ceremonies on Monday morning or the Academy Awards show on Feb. 23.

It was at the Paris Haute Couture Week where the most serious shoppers sitting at the front row were stylists to the stars, on the lookout for red-carpet-ready gowns.

Two distinct looks to hunt down: slim and seductive in black-and-white, or flowing fairytale pastels.

Not only should the diva at the Grammys or the movie star at the Oscars look ravishing, she must also make it to best-dressed lists on Instagram.

Guided by the best- and worst-dressed celebs at the recent Golden Globe Awards, the powerful stylists can ensure that a well-placed formal frock can rock the ratings game and be the overnight sensation—worth every penny of the reportedly $1 million paid by luxury brands to these stylists.

In turn, the gown becomes iconic, worth millions of dollars more in advertising and rewarding the luxury brand with more prestige, press mileage and fashion clout.

It is a match made in branding heaven, a symbiotic relationship between designer and stylist who can catapult an actress or singer into the online style stratosphere with just one dress.

Angelina Jolie is usually a shoo-in.

Yet it is a fragile partnership, a wrong choice—too much skin, beadwork, yardage, print or color, and it’s a quickie divorce.

Ending up on the worst-dressed list is every designer’s worst nightmare. Lupita Nyong’o is an example. Jennifer Lawrence tripped twice in Dior, and Keira Knightly in Chanel at the Globes was a fashion mistake.

Seasoned designers like Karl Lagerfeld for Chanel or Raf Simons for Dior know that publicity—whether bad or good—is still publicity. They have bounced from best-dressed to worst-dressed at the recent Globes.

It is the ultimate test to temper, edit and distill a garment. There are no templates, although the right amount of sexy is always a bestseller. This is why it is very exciting, combustible and headline-grabbing.

Case in point is Kate Hudson, who wore Atelier Versace at the recent Globes. The blonde bombshell’s white, barely-there gown won the No. 1 spot on every best-dressed list. With mom Goldie Hawn, Hudson was huddled with Donatella Versace at the designer’s collection which opened Paris Couture Week.

Will she wear another Versace at the Oscars? And why not, since we witnessed how a long gown can make you win or lose the Miss Universe crown.

We have narrowed down the Paris couture offerings to the Top 10 choices for Best in Long Gown. These are from the couture collections of Elie Saab, Zuhair Murad, Versace, Armani Privé and Valentino.