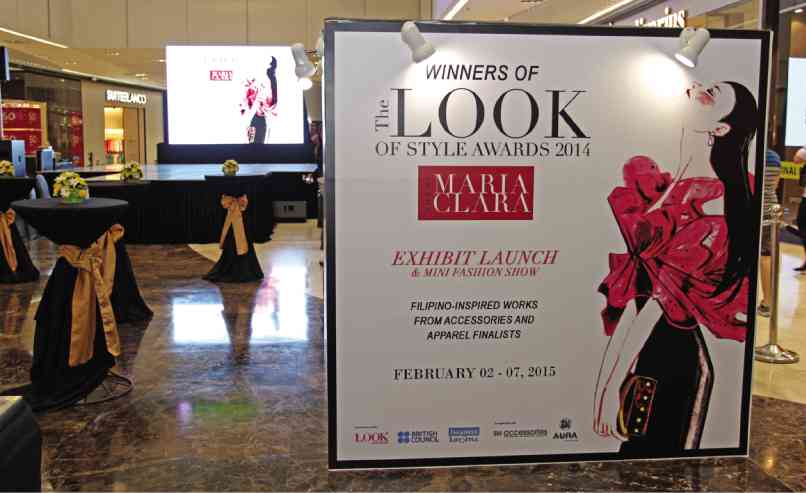 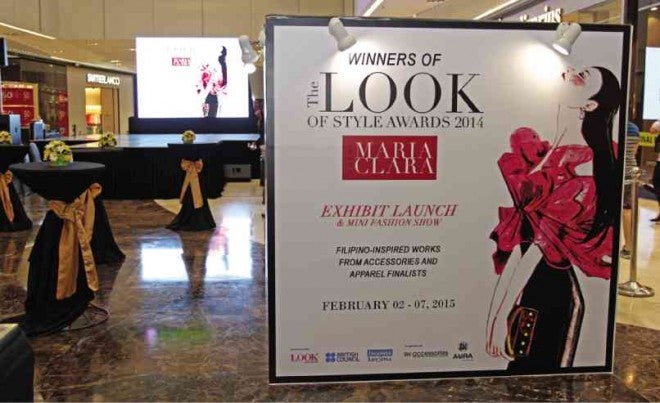 Call it a send-off party, to which everyone is invited.

Viña Romero and Nere Ku, winners of the Look of Style Awards (Losa) 2014, have their winning collections on exhibit at the atrium of SM Aura Premier in Taguig, until tomorrow, Feb. 7.

Romero and Ku will leave later this month on an all-expense-paid trip to London, where they will take up short courses designed for them by the London College of Contemporary Arts (LCCA), their prize for winning in the fashion design tilt last November.

Losa, which will have its sixth edition this year, is a contest for young and aspiring designers, held by Look Magazine and Inquirer Lifestyle with the British Council, sponsored by Hana Shampoo and Champion Infinity.

Its goal is to give fresh talents a public venue to showcase their craft and hone their skills even, with education and mentoring as its prize component.

The mini fashion show of the winners was directed by SM menswear designer Anthony Nocom.

This is the first time that LCCA is hosting Losa winners. Previous winners were awarded scholarships at Central Saint Martins, one of the UK’s most prestigious design schools, with a stellar alumni roster that includes Alexander McQueen, Stella McCartney and John Galliano.

Felipp, the 2013 winner for the accessories division, was given a scholarship at Sheffield Hallam University, also in the UK; 2013 was the first time that an accessories category was introduced in the annual tilt.

LCCA’s Claire Ritchie, who was in Manila as one of the judges in November, had said that the art school would tailor the courses for Romero, the apparel category winner, and Ku, who won for his shoe designs.

Losa 2014’s contest theme was the revival of the maria clara for contemporary wear. Romero bagged the top prize for her wash-and-wear, contemporized designs.

Ku wowed the judges with his gladiator-style platform sandals of laser-cut material with removable parts that transform into a maria clara top, complete with a peineta (Spanish comb), abaniko (fan) and an evening bag.

As they were deconstructed and reassembled into these accessories, Ku’s designs wowed the audience at SM Aura during the mini fashion show.

Romero is a fresh college graduate who studied fashion and merchandising. Ku is a set designer of a TV variety show, apart from having his eponymous shoe line business.