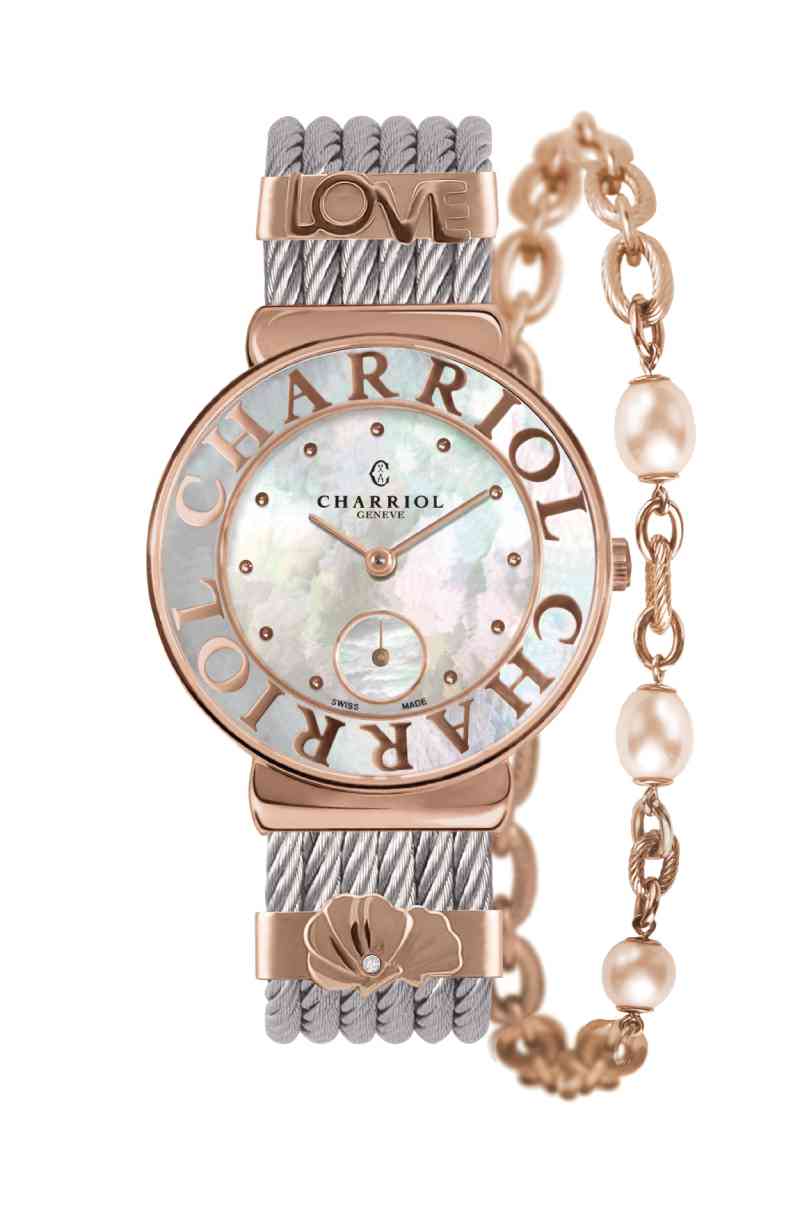 That’s how Philippe Charriol feels that his son, Alexandre, is now taking over active management duties in the eponymous jewelry and watch company he founded in 1983. That’s according to Alexandre himself.

A visual artist by profession, the 35-year-old Alexandre was named Charriol vice president in 2014, concurrent with his title as visual director.

“I’ve learned from the best. Just from observing I know what to do. It’s almost second nature to me,” the son said, as he held court at the launch of Charriol St.-Tropez Style women’s cable watch collection in Balesin, a private island club in Quezon.

The patriarch and president is omnipresent in Charriol events in the Philippines, but was conspicuously absent this time. While an executive said the Charriol founder isn’t stepping down any time soon, the company is poised to give Alexandre his moment: the introduction of the souped-up St.-Tropez watch, which is his brainchild. It was first launched in 1989.

“It’s important to give the brand a breath of fresh air. And that’s what Alexandre represents,” said Alexander Jentes, Charriol international training manager.

With the new St.-Tropez Style watches, the Charriol heir created six chains and six clips that can be used interchangeably to personalize and customize each timepiece. Each is sold separately from the “naked,” unadorned watch, via the brand’s longtime Philippine partner, Stores Specialists Inc.

Introducing such a concept involved “a change in mentality” within Charriol, the younger Charriol said. “I came up with the chains and the clips and the interchangeable fashion to make it relatable today. The challenge wasn’t in the technical process but in the internal process, on how we could teach our customers to see the brand in a new light.”

Charriol feigned exasperation at what he went through to get the green light for his idea.

“It’s not about design but the executives,” he said. “You talk about the salesman and the top branch who makes   decisions. It’s more about the frame of mind and the direction, because we’re not really changing much, we’re just adding. I would call it more of an extension of life. It gives new breath to the watch. When you customize, every day you can have a brand-new watch.”

At the Baselworld fair in June, Charriol will introduce 25 clips and eight more chains, an exciting period, at which point he believes his concept will truly take off.

“What we’re doing today is, we’re presenting a concept… This will take off when we have an abundance of clips. In a few years, when the woman comes, she will have a lot of choices to mix and match according to her personality. In Basel, we will add cute and elegant clips that are more universal to everyone’s moods.”

While it doesn’t want to alienate its older and core market, Charriol said he had the age 25-35 in mind with the St.-Tropez Style collection, the demographic that he believes understands the concept of customizing.

“We’re not abandoning the older market, never. We’re just trying to acquire new customers,” he said, “and to have the old customers rejuvenate themselves with the brand as well. It’s a

win-win. Once you’re 45, you aspire to be 35 again… My idea is that, this watch can be trendy again, if you have the same mentality as what’s going on around you, which is customization.”

Being an artist and used to working on his own, formerly insulated from administrative opinions and decisions about his work, Charriol readily admitted to not enjoying the management aspect of his job as much as the creative.

“In the creative part, it’s usually free,” he said. “Once I introduce my idea to the team, that’s when they give their opinion and my creative juices get a little… So, no, I don’t enjoy it as much.”

But he also understands why it’s important to compromise. “They like my initial ideas, but everyone has to adapt to the market also, so I have to pull back sometimes.”

He added, “It’s not always so easy. You need to change things, you step on some people’s territory. But with this, everyone’s on board and very supportive.”

Charriol’s sister Coralie is the brand’s creative director for jewelry and leather goods, and also a vice president. Their mother, Marie-Olga, is with the company’s public relations team.

The Frenchman said it’s inevitable for the family to talk shop in the rare times they get together, since they live far apart. (Alexandre is based in Hong Kong.) “The more we grow, the more we live apart, and the more we need something to talk about. It’s a nice meeting point for the family to always reconnect.”

Charriol has been working with SSI since 1997, under which it operates 16 points of sale and boutiques. According to Thibaud Jaouen, the brand’s regional sales director, Charriol jewelry is quite strong in the Philippines, and the company foresees growth for timepieces.

Charriol has also diversified into fragrances, eyewear, leather goods, and apparel, the latter available only in China.

“I love how we’re accepted in the Philippines, but I’m always looking for more,” said the brand’s heir. “By bringing this St.-Tropez Style collection

to the Philippines, it will make us more current, on trend, more relevant.”

Apart from the St.-Tropez Style, Charriol was also pushing his namesake watch for men, the Alexandre colored watches.

“I see growth for the St.-Tropez Style. I don’t want to boast, but for my watch, too, I like to believe,” he said. “I’m new on board so I want to take my ideas and run with them. I like to think I’m a little special division that will bring the influx of energy. I want to push it forward.”