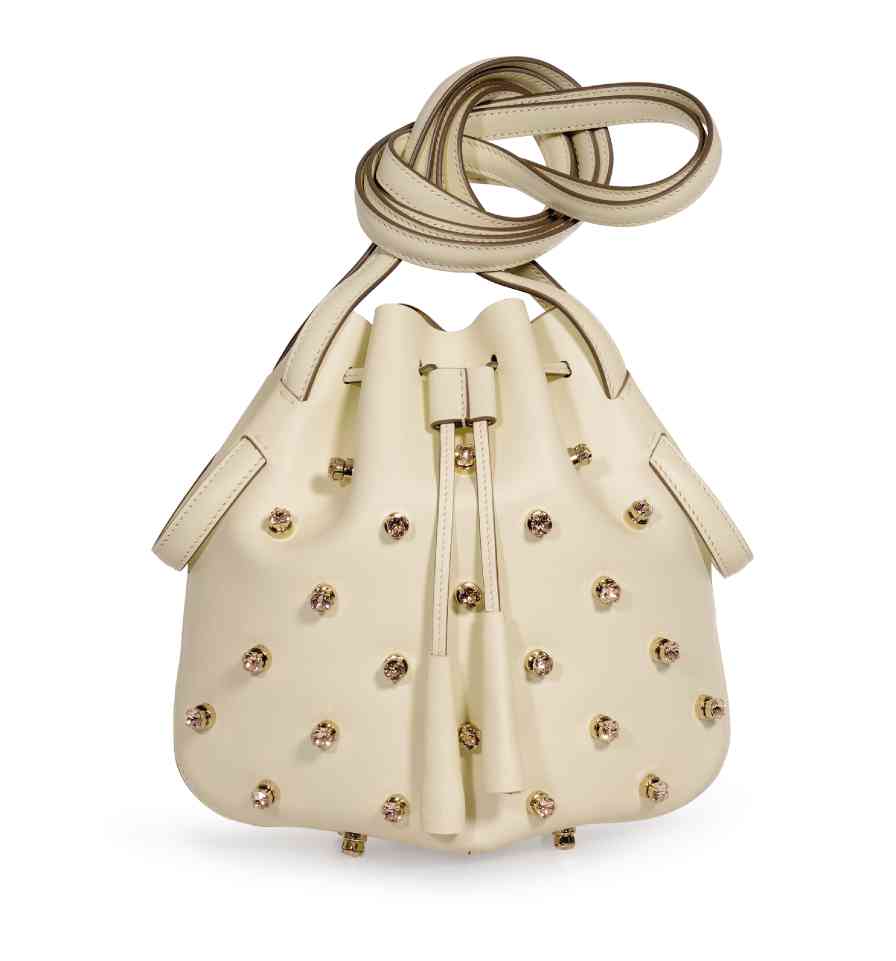 Bucket bag back in a big way; Cape bag is star

The bucket bag never really went away. But it looks like the classic drawstring purse is making a full comeback this season, after appearing in not a few luxury brands in 2014.

While it’s not the star purse in Tod’s Spring-Summer 2015 collection—that honor belongs to the new Cape bag—it seems even the Italian leathergoods company can’t simply ignore the revival of the bucket, with three updates on the style this season.

The new Tod’s bucket bag, which comes in two sizes, have straps that resemble a horse’s bridle, looped through the sides of the bag, versus the side-sewn shoulder straps of typical bucket styles.

One version sports the brand’s signature rubber pebbles (gommini) on the base for the larger size and all throughout for the mini. Another iteration has gold discs for accent, while the third style has crystal studs.

The bucket bag comes in calfskin in earth tones, and a couple of jewel colors for the gommini-studded.

Consistent with the saddler theme, Tod’s creative director Alessandra Facchinetti creates the Cape bag, a classic tote shape with flexible, curved side flaps that neatly close in a snap using a hidden magnetic mechanism. The cape-like flaps are another nod to the saddler story.

The Cape comes in several versions, including monotone or two-tone leather, perforated and crystal-studded.

For footwear, Facchinetti doesn’t veer too far away from classic Tod’s, as she plays with the details of the signature driving shoes, for men and women.

While she renders the men’s moccasins in patterned and printed leather, the designer uses the Spilla (safety pin) as design detail for the women’s shoes. The men’s accessories and small leathergoods also come in the striking pattern leather that even women will likely be coveting. They’re the same prints from Facchinetti’s men’s ready to wear.

This season, the designer also dabbled in women’s jewelry—cuffs, necklaces, rings and earrings rendered in gold steel, sinuous shapes that are mixed with leather or crystals, mimicking the horticultural forms that accent some of the Cape bags.