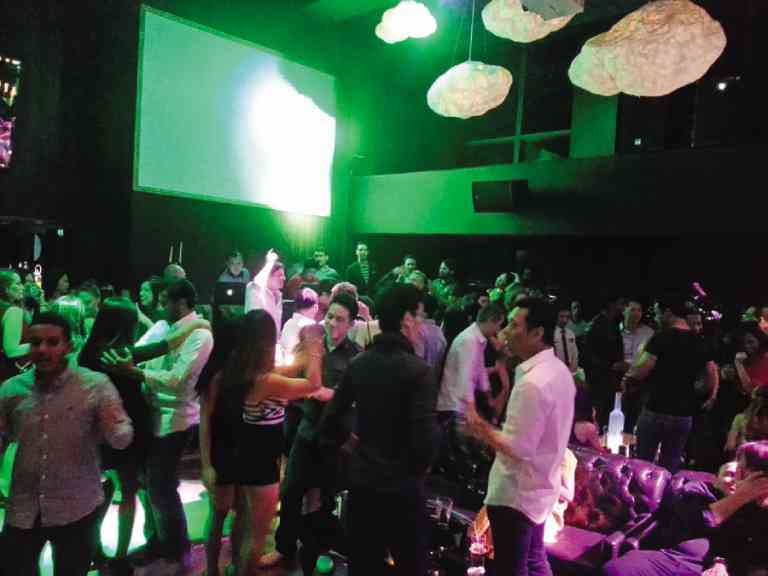 MANILA, Philippines–If Dracula could check out the scene at 71 Gramercy on a Saturday night, he would’ve been jealous: a couple on the sofa getting so intimate it’s almost embarrassing to look at; more couples at the patio apparently having a good time while sipping wine; and groups of friends, many of them females, swaying to the music.

The patio, which offers an exhilarating view of the Makati skyline, is where most of the crowd congregate cheek by jowl. The entire edge of the patio looks like one long bar fully occupied by guys nursing their drinks. The music’s volume is just right, not too loud or too soft, very much conducive to pleasant conversation.

The sound gets louder at the main hall, where the DJ’s booth and the sofas are; it’s here where the couple making out elicits jokes from our friend. Soon the couple is gone—where they went becomes the subject of hilarious speculation by our friend.

In any case, it’s good to know that, contrary to perception, 71 Gramercy is not a strictly-by-invitation elitist club. Anybody can go there, provided you’re not dressed too casually.

The most important thing is, bring enough cash—say, P5,000—if you have a date.

On a Tuesday night, the featured performers are singer Gail Blanco and guitarist Buboy Manalo. They’re pretty good; their covers of “Human Nature,” “Man in the Mirror,” “Ironic,” “Buses and Trains,” “To Be with You” and “Don’t Stop Believing” can brighten one’s mood—except that the volume level gets too loud for comfort, considering the place is rather small.

But the margherita pizza’s soft, thin crust and the beef salpicao’s garlicky flavor are so delectable they somehow compensate for the aural discomfort.

The San Miguel Pale Pilsen at Mow’s is so cheap at P41 that a budget of P500 is good enough to even buy you siomai and other dimsum at Kowloon.
Mow’s, Matalino Street, Quezon City