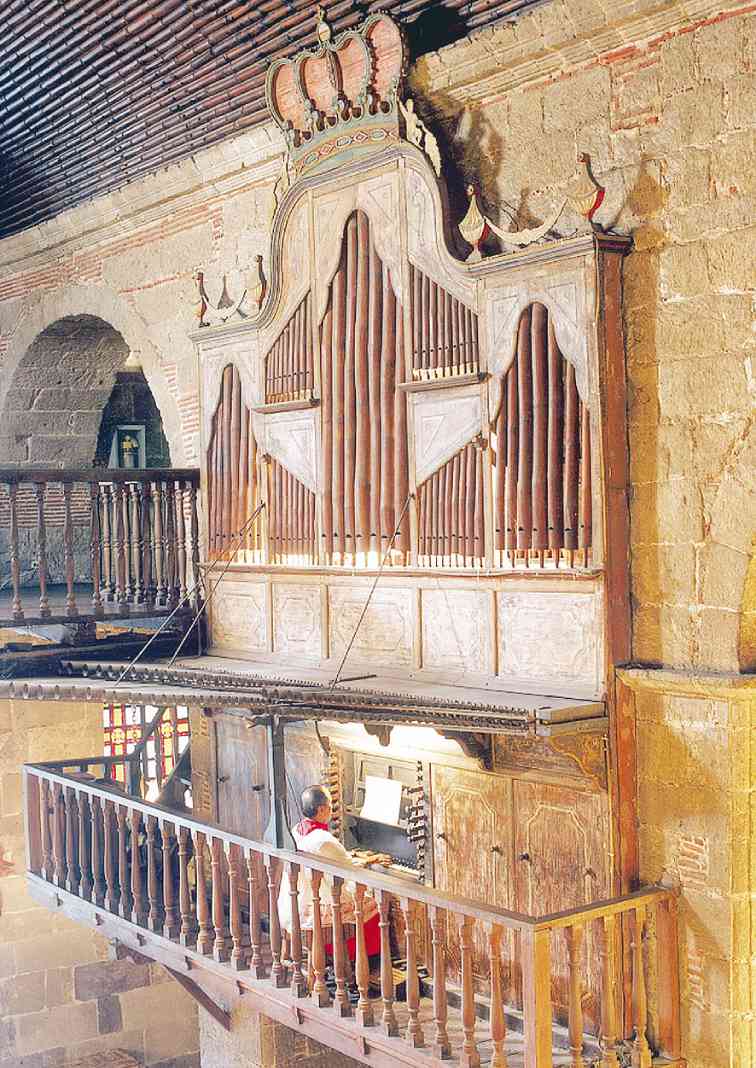 BUILT in the early 19th century by the Augustinian Recollect friar Fr. Diego Cera, the bamboo organ at the old Las Piñas church, now St. Joseph Parish Church, is the only one of its kind in the world. DEXTER R.MATILLA

Will Bamboo Organ Festival write 30 at 40?

MANILA, Philippines—Inside a dimly lit function room at Manila Hotel, seats were waiting to be filled as only a handful of guests showed up for a press conference that was supposed to celebrate 40 years of a Philippine cultural institution.

Understandably it was a day of mourning for the 44 Special Action Force members killed during a covert operation in Mamasapano, Maguindanao. The biggest story of the day was the necrological service. That it was only a week or so after the visit of Pope Francis makes it all the more disheartening.

The day’s somber mood could also be a reflection of how appreciation for classical music, in this case the Bamboo Organ of Las Piñas, had fallen. The instrument will be 200 years old next year, and yet Filipinos’ interest continues to wane, organizers said. In contrast, the annual festival has been known to attract visitors from Europe.

If people are willing to pay tens of thousands of tickets for concerts of K-Pop and faded Hollywood and British acts, asked premier concert organist Armando Salarza, why would they not be willing to go and see the internationally recognized Bamboo Organ Festival concert for a ticket price of as little as P200?

Adding to the festival’s woes is the dwindling financial support it receives from government, private institutions and big corporations.

“Our reserves will be gone after this festival,” International Bamboo Organ Festival executive director and founder Leo Renier said. “There is very little concern for this heritage, so we are appealing to the government and those in the middle management to never forget us.”

The festival, an initiative of St. Joseph Parish Church (through the Bamboo Organ Foundation Inc.), entirely depends on the support of private individuals, government agencies and local corporations.

Major sponsors for this year are Manila Hotel; the European Community; City Government of Las Piñas; National Commission for Culture and the Arts; Department of Tourism; Cultural Center of the Philippines; and St. James the Greater Parish.

Subsidies from the national government, which used to be channeled through the Priority Development Assistance Fund, are endangered because the agencies that were supposed to take over did not increase contribution, signifying a loss of P600,000 for the operation of the 2014 and 2015 festivals.

“We admit that the festival is not as commercially viable as a concert [featuring popular international acts]; no large corporation would question sponsoring such an event,” Renier said. “A nation does not need only entertainment. It needs values that are permanent; a sense for real beauty; appreciation for real artists; knowledge of its roots; and listening to all the good things our ancestors were able to accomplish, which we can admire in our heritage.”

Now more than ever, Filipinos could benefit from listening to the live music unique to the Bamboo Organ Festival. It is believed to have healing capabilities.

“Sacred music is something else; it is the epoch of the Renaissance,” said Fr. Nick Sengson, SVD, the diocesan chaplain of ethnic communities in French Canada. “It is not just inspirational. There is dimension to it that is called religious music or liturgical music, and it touches our lives, in the way we deal with divinity, the way we relate with God not just as individuals but as a people.”

Father Sengson’s music is the country’s special for the festival. A member of the Society of the Divine Word (SVD), he is a composer, theologian and liturgist who has produced a huge volume of original works.

His “Exodus,” he said, will be a vigil following the earliest and most venerable tradition of the Christian faith.

“Music, this curious phenomenon, is born to us, yet it is us who create music,” Father Sengson said. “We have already heard it, even before we have seen the light of day. We may like or unlike it, but one thing is sure: Music is irresistible. Music meets us where the ‘I’ and ‘God’ could only meet.”

He added that, by its very composition, music had healing strata and generated spiritual energy. It challenges, provokes, sustains, inspires and nurtures a change in thought, reasoning, sentiment, attitude and wellbeing, he said.

The festival began in 1976, a year after the return of the restored bamboo organ from Germany. Construction of the organ started in 1816 and was completed eight years later.

The charming “Concert under the Trees” with the Philippine Philharmonic Orchestra will be on Feb. 21, featuring Oliver Ochanine (conductor), Belgium’s Van Hoecke and the Philippines’ Christian Bautista.

Two recitals by the world-famous Swiss organist Guy Bovet will be featured on Feb. 23-24. “Exodus” will be performed on Feb. 26-27.

For more information and a complete list of performers, visit www.bambooorgan.org. Tickets can be reserved by calling the Bamboo Organ Foundation Inc. at 8257190 or 8200795.