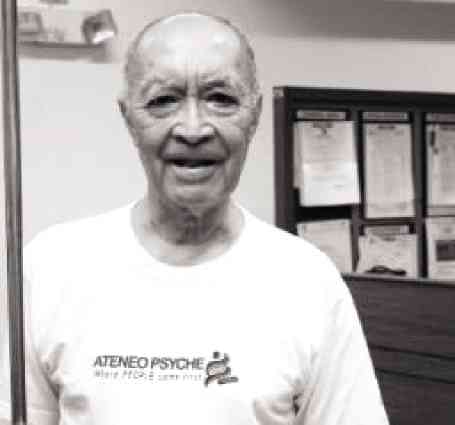 I received the sad news from a former student of his, that the well-known clinical and experimental psychologist, Rev. Fr. Jaime C. Bulatao S.J., died at 8:25 p.m. on Feb. 10 at the Jesuit Residence, after a long illness.

He was the youngest of four children, a native of Lingayen, Pangasinan.

He had a Master’s degree in Experimental Psychology and a Ph.D. in Comparative Physiological Psychology from Fordham University in New York.

He established the first Psychology Department at the Ateneo University in 1961.

He wrote many scientific articles and books on psychology and received national awards.

He was one of the first to introduce hypnosis as an academic subject—at a time when it was regarded with suspicion by the conservative science and academic communities.

He later experimented on using hypnosis for therapeutic purposes and behavior modification.

Outside the academe, he became known for his interest in such uncharted fields as parapsychology, mediumship and the world of the elemental or nature spirits.

His former student told me in a text message: “He was clairvoyant (i.e., he had the ability to see things beyond the physical sense of sight) and had several dwarves (dwende) as friends living in a tree near the Bellarmine Hall at Ateneo. He was my mentor in hypnosis, astral travel and remote viewing.”

Despite the occasional ridicule he received even from his fellow Jesuits, who could not understand his interest in such unorthodox, non-academic subjects as mediumship, hypnosis, extra-sensory perception (or ESP) and other paranormal phenomena, “Father Bu,” as he was known to colleagues and students, pursued such studies with religious passion.

And he did so with infectious humor. When I would listen to him talk about such subjects, I was never sure whether he was serious or merely pulling our leg.

He used to carry a pair of L-shaped dowsing rods, which he called the Rod of Moses, to answer questions from students, find concentration of energy fields or, perhaps, even locate missing objects.

Although Fr. Bulatao had given the study of paranormal phenomena some respectability, his religion limited his view to what was acceptable to Catholic Church teachings.

For example, he considered all Filipino psychic surgeons fakes. I was in the audience when he declared that, in his research on the subject, he had not found any genuine psychic surgeon.

When I asked him how many such healers he had studied, he replied, “Four.”

I did not argue with him before so many people, although I knew for a fact that not all of them were fake. But some were.

I had a chance to be with Fr. Bulatao in the 1990s when we were invited to an international conference by the prestigious Max Planck Institute in Munich, Germany. He represented the Ateneo while I represented a private organization I called The Society for Searching the Unknown (or SSU).

His lectures on these controversial subjects were collected by his students and published in a book, “Paranormal Phenomena.”

His contribution to the advancement of this field in this part of the world is immense and unforgettable, thanks to his courage and persistence.