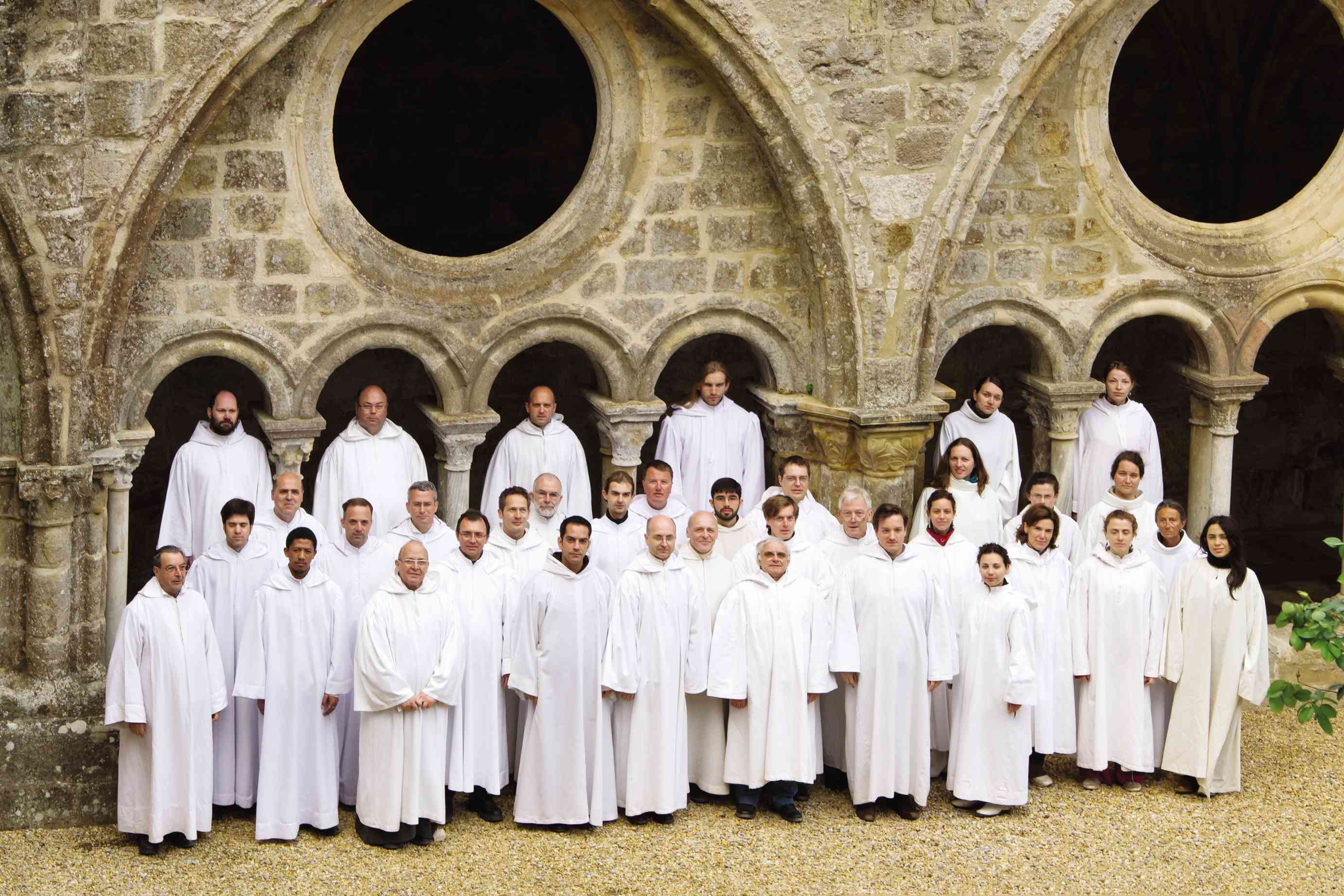 GREGORIAN Chant of Paris, created in 1974 with amandate to preserve and disseminate sacred Gregorian chant

MANILA, Philippines–Filipinos will get a taste of world-class sacred music in time for Lent when the famous Gregorian Choir of Paris opens its Philippine tour today, Ash Wednesday.

In Rome, Pope Francis will open Lent with the traditional stational visit of Santa Sabina Basilica on Aventine Hill, where he will celebrate Mass and sprinkle ash, the Christian symbol of mortality and penitence, on the heads of Catholics.

Brought to the Philippines by the French Embassy, Alliance Francaise de Manille, Ayala Malls and Stores Specialists Inc., the Gregorian Chant (or Choir) of Paris will open its Philippine concert tour Wednesday at Alabang Town Center.

It will also perform in the Mass to be officiated by Manila Archbishop Luis Antonio Cardinal Tagle on Friday at the Greenbelt chapel in Makati City.

It will perform in other Ayala Malls around the country up to Feb. 27.

But its main concerts will be at San Agustin Church in Intramuros on Thursday (Feb. 19) and Saint Joseph Cathedral in Tagbilaran City, Bohol province on Feb. 23.

Gregorian Chant of Paris is a group created in 1974 under the auspices of the French government with a mandate to preserve and disseminate the sacred Gregorian chant. It is an international choir, although based in Paris.

The ensemble is divided into a male choir and a female choir.

For the Philippine tour, 26 choristers, both male and female, will perform, including a French secular priest and a Colombian Carmelite friar. They will be accompanied by acclaimed French organist Pascal Marsault.

Michel Stanislas Villar, cultural counsellor of the French Embassy, said the concert would be France’s support for the celebration of the 450th anniversary of the Augustinian presence in the country and the fifth centenary of the Christian evangelization of the country.

The Augustinians were the first missionary order to come to the Philippines. Their arrival, along with the Legazpi expedition in the Visayas in 1565, started the evangelization of the Philippines, although the Magellan expedition in 1521 had already baptized some natives.

Gregorian music is a plainchant, a monophonic and unaccompanied sacred music, the central musical tradition of the Latin or western Catholic Church. It developed from the ruins of the Dark Ages as the Benedictine abbeys became centers of culture and learning and even commerce.

Although tradition ascribes to St. Pope Gregory the Great the foundation of the musical tradition, the genre has French roots as it is believed to be a synthesis during the Carolingian era (8th to 9th century) of Roman and Gallican chant styles.

Although the Gregorian chant was performed in major churches in Old Europe, it went into a decline especially in the face of liturgical modernization during the Second Vatican Council (1962-1965).

In the 1990s, with many turned off from the use of vapid popular music in Church liturgy, Catholics and non-Christians rediscovered the beauty of the Gregorian chant.

In 1994, the album “Chant” by the Benedictine monks became a worldwide best seller. It even crossed over to popular music charts, dominating them.

In 2008, the Cistercian monks of Austria were signed by Universal Music to record an album of Gregorian chants that became a best seller. The monks were nominated “best new artist” in the German music awards; their co-nominee was Leona Lewis.

The Catholic Bishops’ Conference of the Philippines (CBCP) has endorsed the concerts.

Although the choir will perform mostly in malls, their concerts at San Agustin Church in Manila and Tagbilaran Cathedral should remind people that Gregorian chant is best performed in its original setting—the church, according to Fr. Ted Milan Torralba, executive director of the CBCP Permanent Commission on the Cultural Heritage of the Church.

“The Gregorian chant is liturgical music,” Torralba said. “Its natural habitat is sacred liturgy, especially Holy Mass, where it is given pride of place.”

How Gregorian chants, owl hoots and other sounds can heal