‘Into the Woods’ in a real woods | Lifestyle.INQ ❮ ❯ 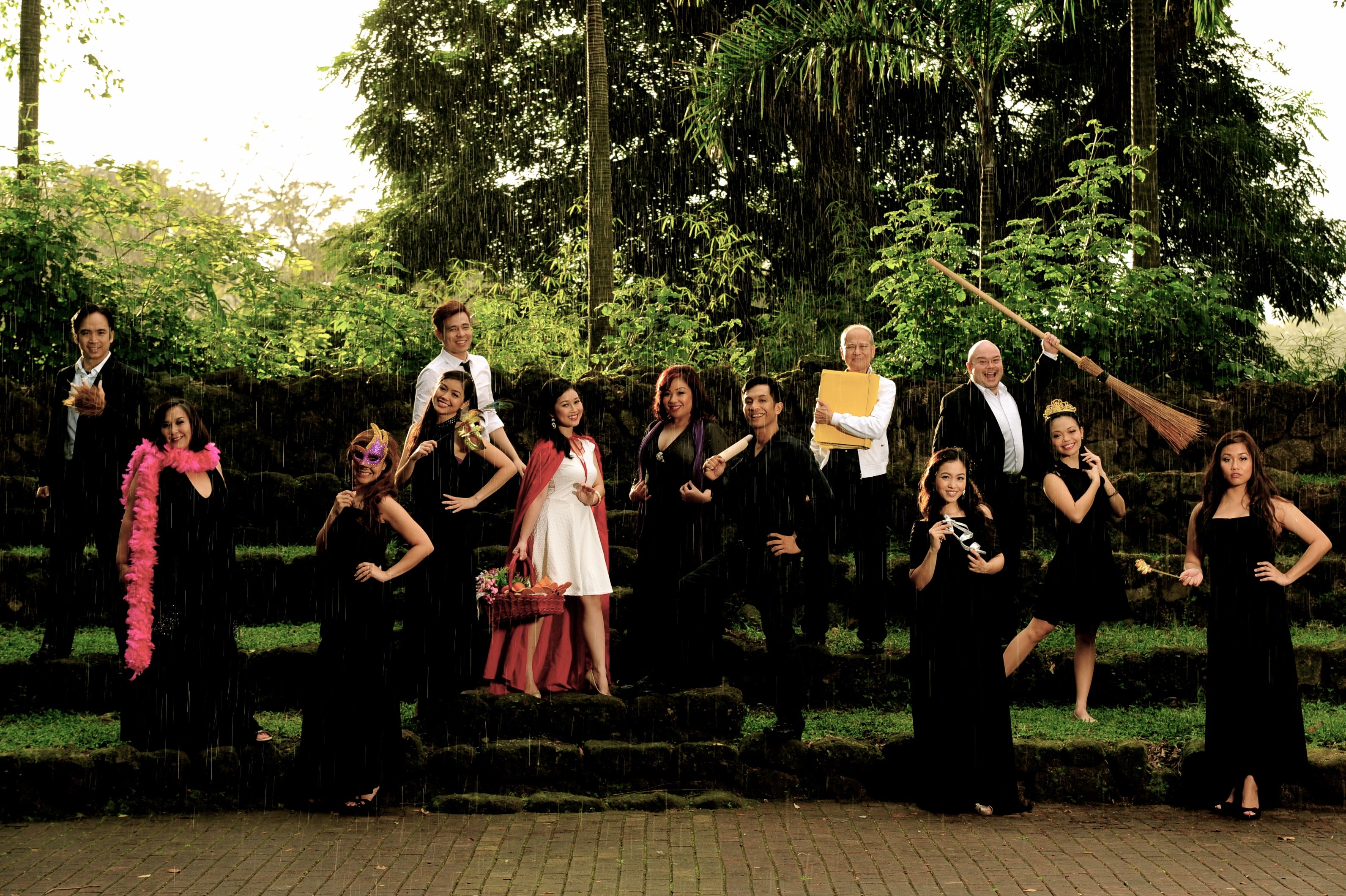 THE CAST will embrace the outdoors and freely play with their characterizations.

‘Into the Woods’ in a real woods

The name of the place was a giveaway.

During a rehearsal for “Forbidden Broadway” in May, director Joel Trinidad wondered what other plays could be staged at Bonifacio Global City’s Kasalikasan Gardens, where lush trees thrive all around.

The Upstart Productions founder was soon in negotiations to stage “Into the Woods,” the beloved Stephen Sondheim-James Lapine musical that premiered on Broadway in 1987.

“The venue dictated the show,” he said in late January, just before going to the cast’s very first rehearsals, under his direction.

It helped that the BGC management, who lent the amphitheater for free last year, was happy with the turnout in “Forbidden Broadway,” and was willing to once again host Joel’s company.

While the trees are real,most of the rest of the props will be “gloriously fake,” said Trinidad. “If you don’t have millions to make a ‘Miss Saigon’ helicopter, then have something like a cardboard helicopter that looks fake.”

“It challenges the audiences more. I like the audience to use their imagination,” he said. That challenge also held true with casting.

“The audience accepts it because it’s part of the fun. But in the movie, you can’t have that,” said Trinidad, referring to the screen adaptation that starred Meryl Streep, Anna Kendrick and Emily Blunt, among others, directed by Rob Marshall.

The show has “really, really good actors,” Trinidad said. Because of that, they can freely play with their characterizations and suggest improvements.

The close premiere dates—Jan. 28 for the movie, Feb. 21 for the play—was a total coincidence, but a good one.

“It’s just, I guess, a happy accident. Because the movie is such a big deal, Disney is ‘paying’ for my marketing,” quipped Trinidad.

It could still swing both ways, of course—people who’ve watched the movie might not see the play anymore. Joel said, “So the answer is, who knows?”

Trinidad’s tack is to stage “Into the Woods” as it revels in its al fresco setting. His cast of 20 will embrace the outdoors, opting not to build a stage and to just choreograph around the amphitheater itself.

“It’s really just a stage we’ve grafted onto a garden. We want the whole audience to be a part of it,” he explained. They will be seated facing a quasi-stage, but the characters may run around.

“[In the movie] there’s a giant and so much more. I’m not gonna have any of that, but I will have theatrical tricks that will help suspend disbelief,” he said.

It will be the same space for the castle, the forest and the village, but the team will do magic with the lights, blocking and, of course, the performances.

“If the elements come together, the audience will believe anything… Why doesn’t this place look like a big town? That won’t even enter the equation, I hope,” said Joel.

If Disney tamed the movie to accommodate younger audiences, Trinidad is sticking to the original script, with book by Lapine and music and lyrics by Sondheim.

He thinks the play does not have risky content. “[The kids] might not get all the jokes but there’s nothing objectionable in the show and they will definitely like the music,” he said.

An added bonus would be the costumes and the colorful lights.

Surely “Into the Woods” does not have the optimism of the old fairy tales it appropriates and reimagines, but “like all good art it tells you something about yourself,” said Trinidad.

Upstart Productions’ “Into the Woods” runs 6 p.m. on weekends beginning today until March 15. Tickets are available at TicketWorld.com, tel. 8919999; and via [email protected]