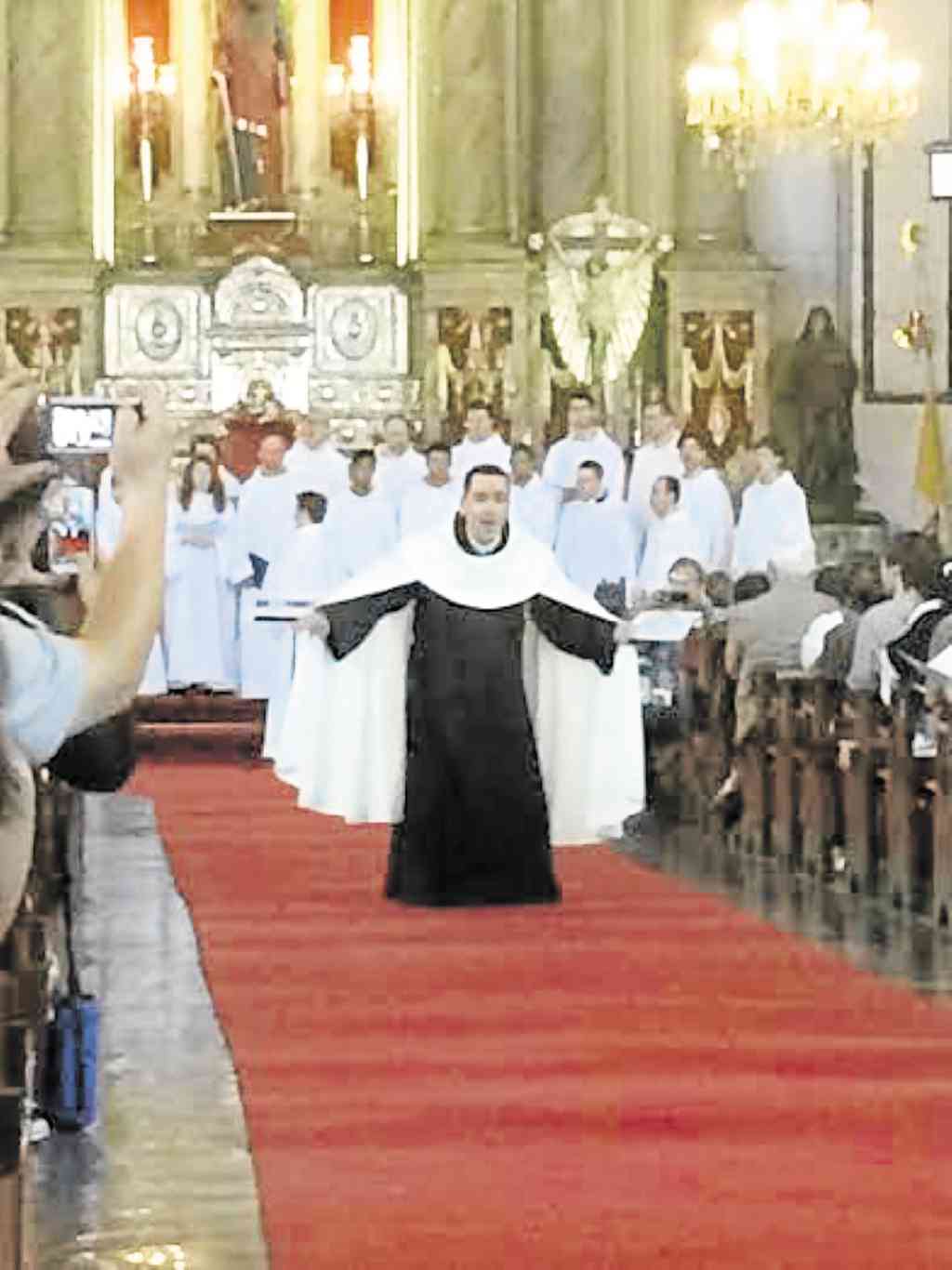 They entered silently, slowly, majestically, caparisoned in white, the women on the left and the men on the right. The capacity crowd last Thursday night at the great San Agustin Church in Intramuros, Manila, watched almost in awe.

These were the members of the Gregorian Choir of Paris, conducted by Charles Barbier and with Pascal Marsault on the organ. Their Philippine tour is sending a message of hope and solidarity to our crisis-ridden country, and is promoting the cultural heritage of the Church through her musical tradition.

The choir is also participating in the 450th anniversary of the Augustinians, who arrived in the Philippines in 1565. The choristers are French, Czech, German, Swiss, Lithuanian, Latinos, four from Madagascar, representing Africa, and one from South Korea, the sole representative from Asia.

At first the time-honored music seemed a bit too esoteric for the audience, including parents and children. But one enjoyed the beautiful blending of voices, and there were those dear old Latin mantras from one’s high school life, like “…qui tolis peccata mundi (who takes away the sins of the world).”

In Cantico Espiritual of Carmelite St. John of the Cross, vocal improvisation, soloist Fr. Alejandro Gonzales, a Carmelite friar himself,

stepped down and moved around, singing directly to the audience, and was roundly applauded.

The coda, Ave Eva (Marian improvisations), was a nice touch. One by one the choristers smilingly approached each section of the audience, sang solo and then moved along. The sweet voices of the women and the many voices of the males resounded throughout the historic church, resulting in thunderous applause, a standing ovation and, finally, a triumphant encore.

The choir will perform Monday night (Feb. 23) at 7 in the Latin Mass to be celebrated by Tagbilaran Bishop Leonardo Medroso at the St. Joseph Cathedral in Bohol.