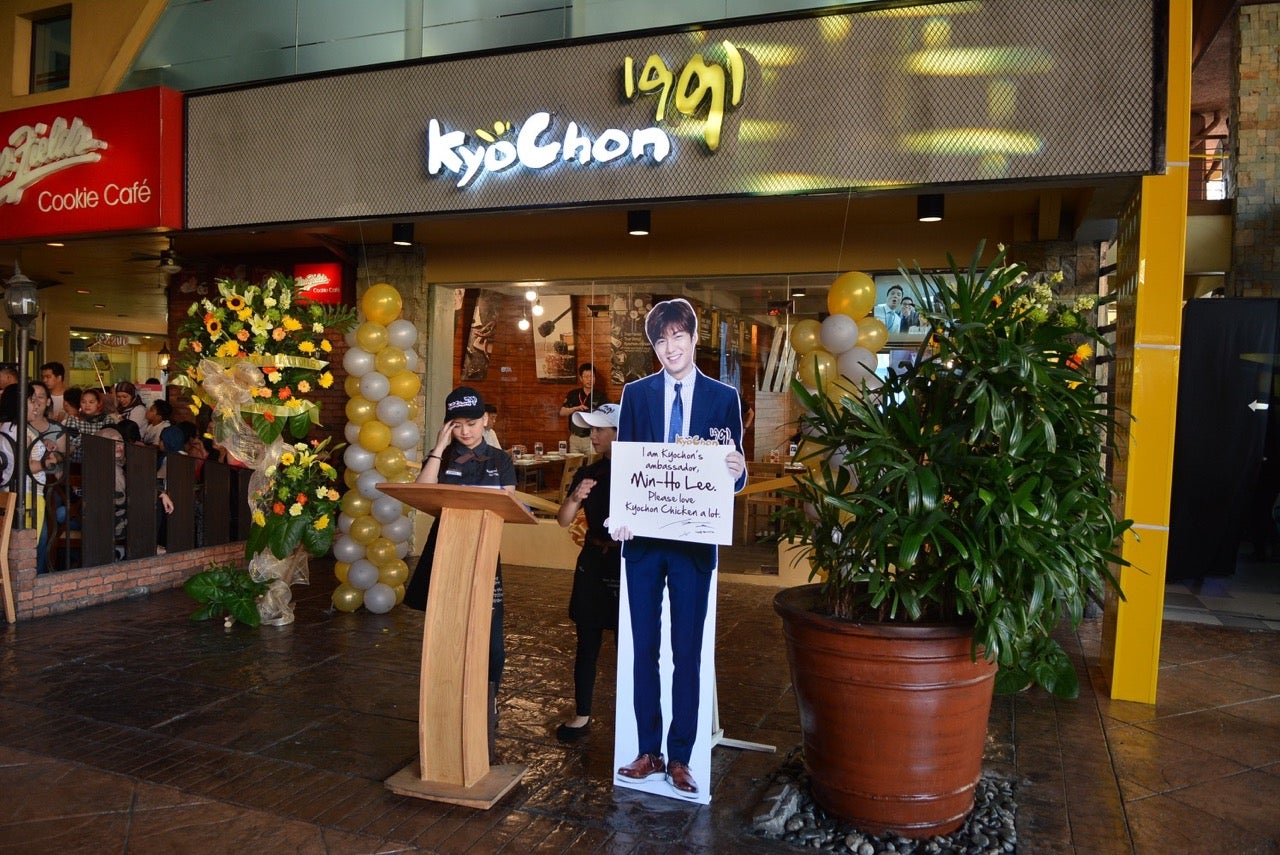 Go on, get KyoChon 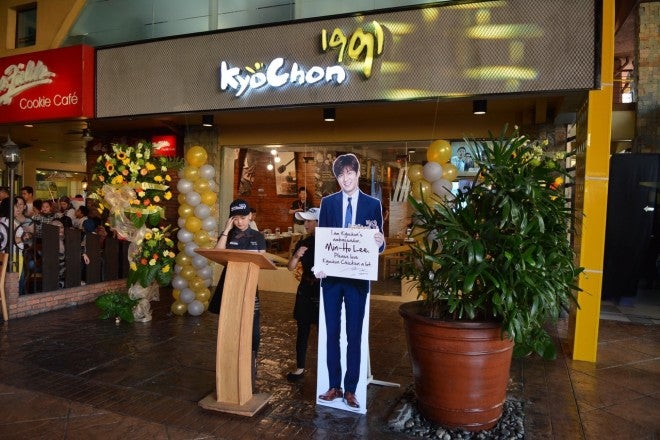 MANILA, Philippines– If there’s one culture, we Filipinos have embraced the most in the last few years, it has to be Korean. From television dramas, pop music and KPop idols, Filipinos have become totally crazy about anything from South Korea.

So it came as no surprise that when KyoChon, Korea’s leading chicken restaurant chain finally opened its doors, Filipinos were more than excited to line up and finally taste Korea’s best fried chicken. 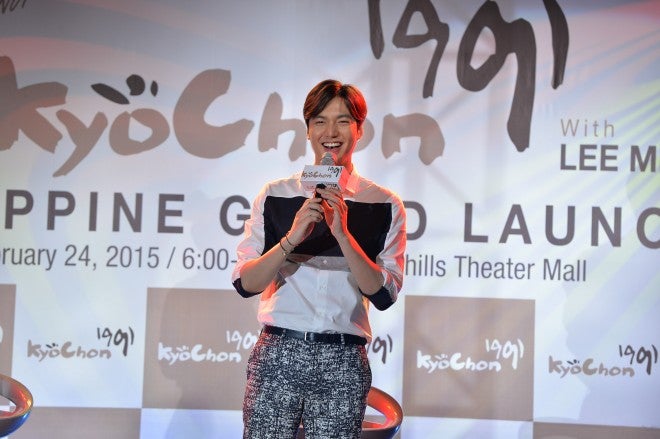 Kyochon started the entire Korean fried chicken craze in the region when it began serving its signature chicken dishes in 1991. It has since gone worldwide with almost 1000 branches in the US, Japan, Thailand, Indonesia, Malaysia, China and the Philippines.

The secret of crispy but moist chicken is Kyochon’s 20-year know-how, and Kyochon’s oil is exclusively for deep-frying. For the best taste, Kyochon sticks to the standard recipe on manual at clean kitchens. 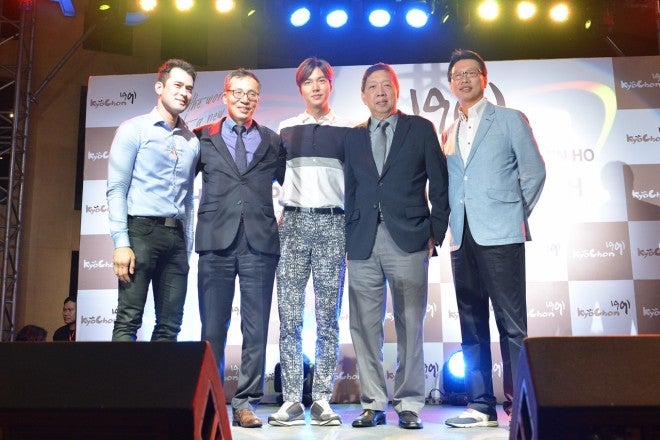 “Double-frying and piece-by-piece sauce-coating are time-consuming, but these are necessary processes for our hearty nutritious chicken,” says Chanky Tiangco, Marketing Manager of KyoChon Philippines.

“This distinguishes us from other fast-food restaurants. Because we value quality ingredients and customers’ health, we only serve honest, healthy chicken and use all natural ingredients,” she added. 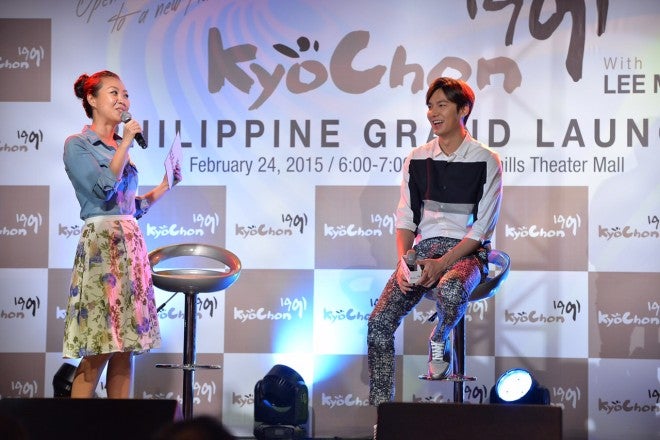 According to her, you wont find any frozen chicken in their kitchen, and it will be cooked only after you order. In addition, KyoChon only uses domestically grown, natural ingredients and their chicken contains the lowest amount of sodium among the industry, by naturally aged meat without curing.

Which KyoChon Chicken are you?

Kyochon’s menu came to perfection through the combination of good ingredients grown by the wind, sunlight and soil, state-of-the-art facilities and their specialists’ endless research and passion.

Kyochon is proud of the best, unrivaled taste, made from all natural ingredients.

The Original series is light and slightly salty with the crunchy and crispy chicken coated in Kyochon’s exclusive soy garlic glaze.

Sweet and sticky, but never runny, the Honey Series is marinated for 24 hours in a special seasoning, the then fried to perfection and coated with natural honey sauce.

Some like it hot, and for them there’s the KyoChon Red Series. Glazed with the original hot sauce made from Korea’s hottest red chili peppers, this one is recommended only for the brave ones.

Looking for something that is truly unique? Try the KyoChon Soonsal series–boneless chicken breast strips coated in special rice batter it comes with a choice of 3 dipping sauces. You can order it in soy Soonsal, Soonsal Rice Bowl, and for a truly healthy meal there’s Soonsal Salad.

Besides its trademark chicken, KyoChon also serves Green Salad with Grilled Chicken (with the Choice of Blueberry or Orange Dressing) side dishes like Wedge Potato, Pickled Radish and rice cake soup and an assortment of drinks like the Kyochon Special Cold Tea, Plum Sparkling Tea, Yuza Sparkling Tea, as well as barley, corn, and green tea that goes well with any meal. 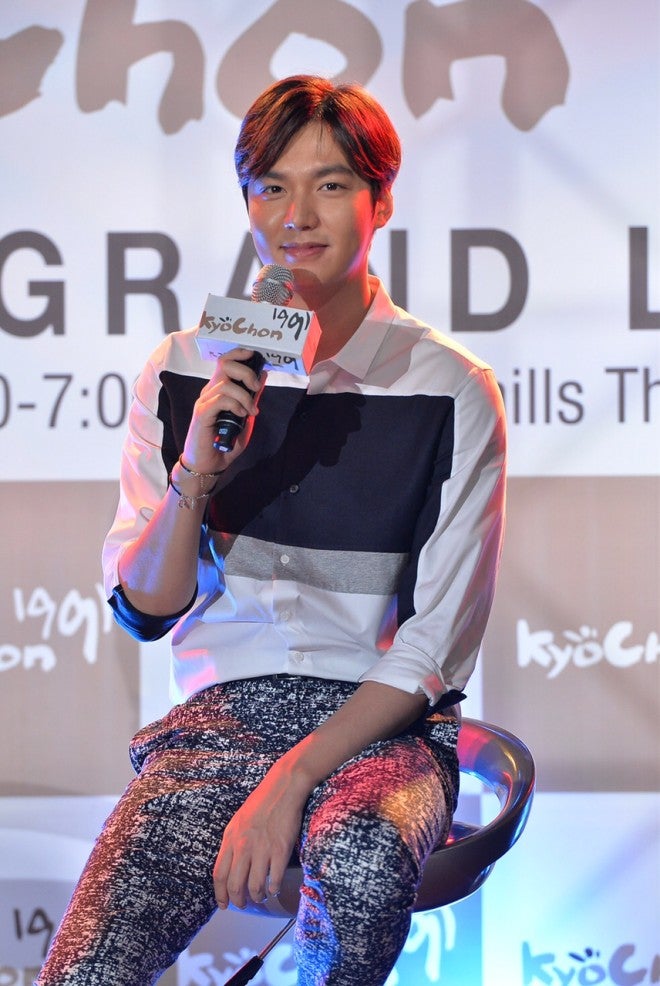 Kyochon lives by its three promises: “First, we won’t make fast food. Second, we only use natural ingredients and third, we only make healthy chicken with honesty,” says Tiangco.

“But now its time to fulfill a fourth promise we made last year—and that is to let fans of KyoChon meet one of KyoChon’s biggest fan—Lee Min Ho!”

For the past several months, KyoChon held a promo that gives fans a chance to meet the Korean Superstar in person. Thousands of fans joined the contest posting their pictures on Facebook hoping for the chance to be part of Lee Min Ho’s Fun Meet which will be held during the grand opening of its KyoChon’s newest branch at the Greenhills Theater Mall on February 24, 2015.

Lee Minho’s break-through success came in 2009 with the Korean version of Boys Over Flowers as Gu Jun-pyo. The role won him several awards, including the Best New Actor award in the category of television at the 45th Baeksang Arts Awards and made him a household name in the Philippines. He further cemented his status as the leading-man with the success City Hunter and The Heirs, which garnered him another nomination for Most Popular Actor at the 50th Baeksang Arts Awards. He visited the Philippines twice, first to promote a local clothing brand and for an Asian Tour to promote his first album.